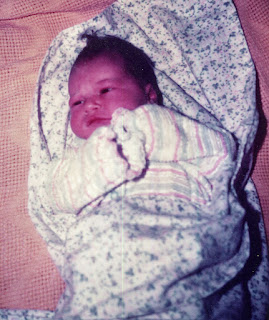 I normally don't write about stuff like childbirth. It's highly personal, and is boring as all get-out to anyone who isn't one of the three people concerned--Mom-Dad-child. Last night Craig and I were talking about Bridget's birth--her birthday is today, October 5. He said her birth story deserved a write-up.

Bridget is my third child so I thought I knew everything about childbirth by the time she came along. Child #1 pregnancy had been the routine sick, then not sick, then disastrous delivery. Child #2 pregnancy was average until 5 1/2 weeks before his due date when I woke up that morning in labor and birthed him at lunchtime.

With #3 I was sicker than I thought possible, for just over five months. Then came a blissful six weeks of no troubles, during which I took a 2 1/2 week trip back east with my mom. We met in Pittsburgh, then traveled the northeast visiting family and had a fabulous time.

By my sixth month my iron level had dropped into the basement making it nearly impossible to even drag myself out bed. At the beginning of the seventh month it was discovered I was dilating and was ordered to stay down for the rest of the pregnancy (and to let my three-year-old and four-year-old run amok, I guess). My Mom had to come help out. I was on meds to keep labor at bay (vasodyline and phenobarbitol). It was a tough period for everyone, but then two weeks before my due date, which was October 12 (Columbus Day!), I was able to be up and around.

Dr. Coleman decided to induce me on the morning of Monday, October 5th, but Sunday evening, October 4th, I chickened out and cancelled the appointment at the hospital. I showed up the morning of October 5th at my regular weekly appointment. The doc said I shoulda come in for inducing, because this baby was going to drop out any moment, and there was no way we would make it to the hospital in downtown Boise from where we lived out in Meridian, 10 miles away. Mmmmm. He rescheduled induction for October 7.

That Monday night the teenage boy from next door, Tim Johnstone, dropped by for a visit. He left just after 8:30 and it was then that I began to feel the usual every night contractions, so I crawled into bed to rest. Craig wondered what I was doing and when I told him about the labor, he made me get in the car. I whined that it was just the usual nightly pattern but he knew what the doc had said. We left home at 8:50 p.m.

We got maybe two miles down the road and suddenly I could feel Bridget coming--I was sitting on her head! Yikes, I demanded Craig run the traffic lights--we weren't going to make it to St. Luke's! I began the last stage of lamaze breathing, the one that puts you in control of when you push out the baby, and that held us off until we pulled up at St. Luke's at 9:10 p.m. Once out of the car I doubled over with an intense contraction and was sure baby was going to enter the world on a Boise sidewalk.

I was wheel-chaired in to an examining room, despite my pleadings that the baby's head was nearly out. The nurses did what they do best, calling me honey, and saying surely I was not as far gone as I felt. They took a look, then grabbed the nearest doctor (Dr. Poole), and he delivered Bridget at 9:18 p.m.  When my neighbor, Tim, heard our news the next day, he couldn't believe we had sat in my kitchen having a casual conversation, and I had a baby 45 minutes later.

There were four miracles that worked in our favor that frantic crazy night, to get me to the hospital for delivery:

First, my mom was already at our house, so we did not have to call around for a baby sitter.
Second, it was evening. Craig was home to get me to St. Luke's, and traffic was much lighter at night.
Third, I had learned the lamaze breathing only a few months before, and that saved me from a car delivery.
Fourth, the doctor's warning from that morning (that we would not make it downtown) caused Craig to react immediately that evening.

We were deeply blessed that everything worked out so well.

Happy 30-something birthday to Bridget! 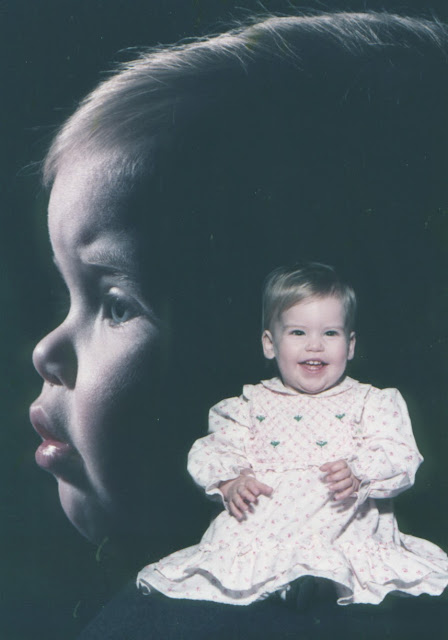 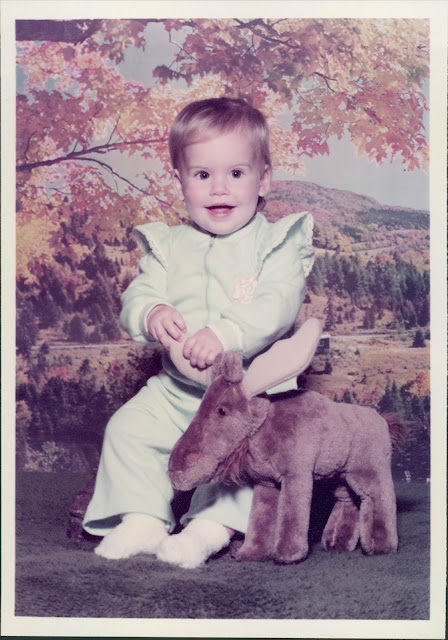 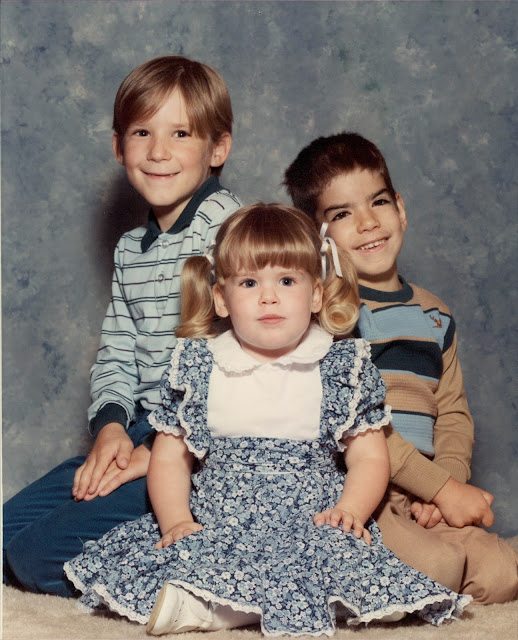 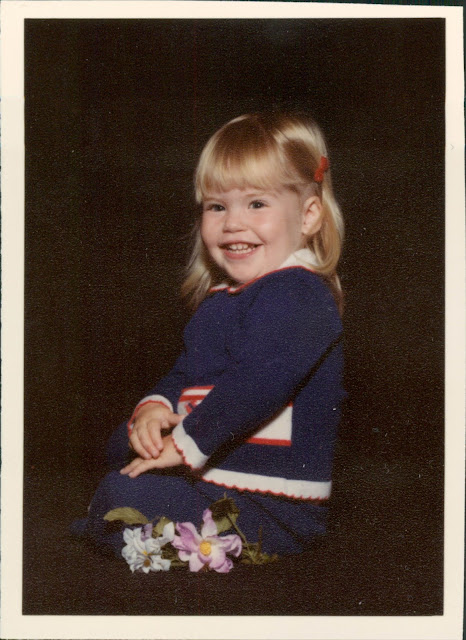 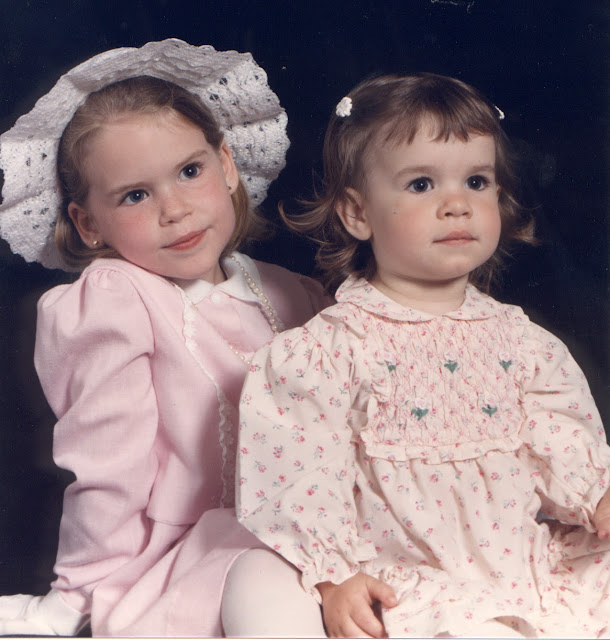 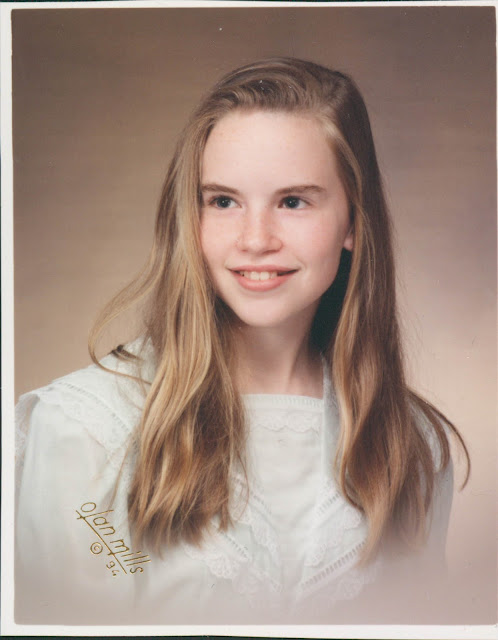 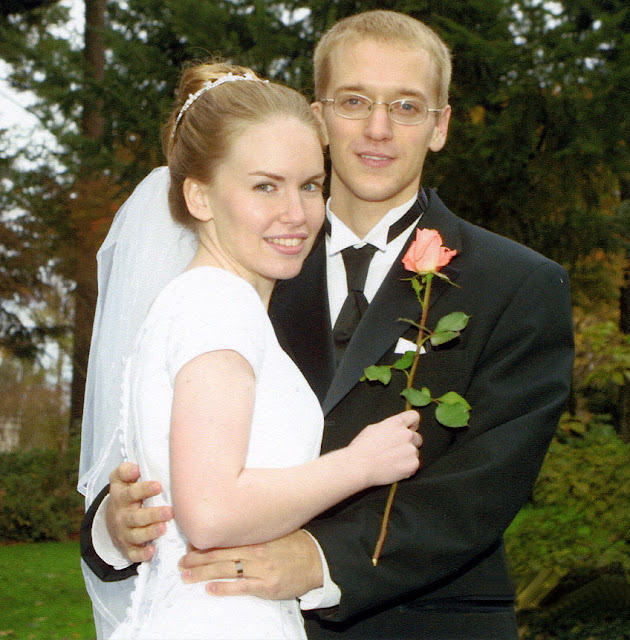