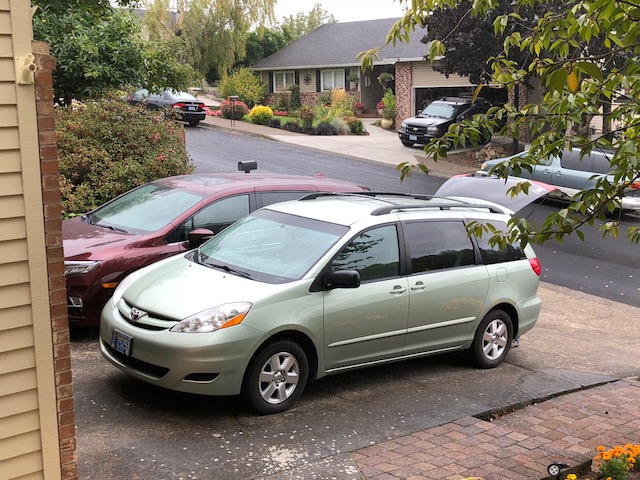 Not much to say here except that yesterday we bid goodbye to the most faithful car we have ever had, our green Toyota Sienna van. We never had an ounce of trouble with it. It hauled us around town, to the coast and mountains, and on numerous road trips to California, Washington, Idaho, Nevada and Utah.

The van is 12 years old with about 127,000 miles on it. The primary reason we sold it is that we knew eventually we would need a new vehicle, and with Craig on the brink of retirement, it seemed best to buy while he's still working, and money is coming in.

Our new car can be seen behind the Sienna--a Honda Odyssey. We switched to Honda due to their superior features, and hope and pray it runs as faithfully as did the Sienna. Some have asked why we, with no children to haul around, bought another mini-van. Well, we haul stuff around--firewood, furniture, D's returnables, home project hud from Home Depot, and people. Four of our grandchildren live nearby and the other eight come to visit. We want to have space to take them here and there without needing to rent a car.

We were sure that we liked the Honda color called Forest Mist, then decided it was too much gray and not enough green. We didn't want a gray car, or black, or blue. Silver looked boring. Honda has a brownish color I like, but from my observations the past few months, brown cars don't age well. It came down to white or red. The red is deep enough to look solidly impressive rather than sporty or flashy.

Farewell to old faithful, which has found a new home over near Mt. Tabor. 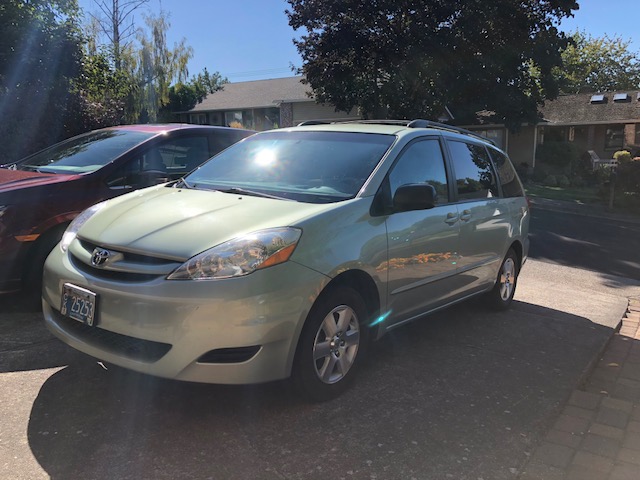 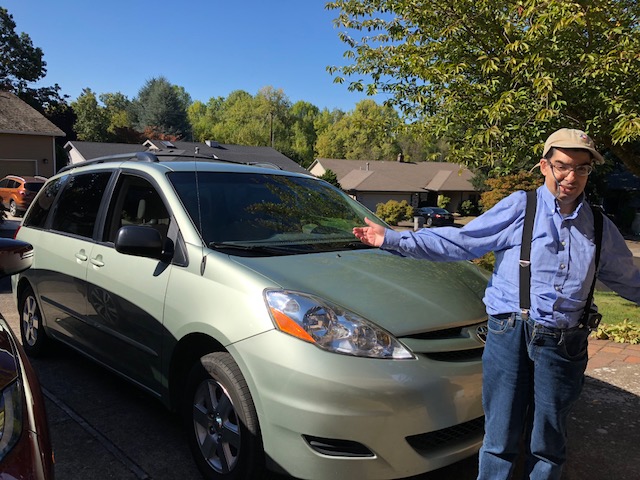 Posted by Suzanne Bubnash at 11:24 AM No comments: