The Secret of Kells

For the first time in probably years we went to a movie in the theatre tonight. A short review in the Oregonian gave The Secret of Kells an A minus review and since we have seen illuminated manuscripts before and find them mesmerizing, we fought horrid rush-hour traffic to get over to the 5:10 show at Hollywood Theatre on 42nd and Sandy. Thanks to gridlock we walked in 15 minutes into the movie but the manager said it was ok to then stay for the next showing to watch what we missed. So we did that.

Turns out it is an animated flick featuring the richest hues and most enthralling graphics I have seen in animation. I thought, "they get it," they being those responsible for the film. And what they get is that this film is about The Book of Kells, a 10th century set of illuminations with gospel themes painted on vellum by monks slaving by candlelight in a dank dark stone fortress of a monastery.  Pages featuring figures and creatures that jump off the page in azure, emerald, ruby and scarlet, pumpkin, gold leaf, indigo and violet, umber, and butterscotch. A magnificent treasure it is, and the movie portrays that while reflecting on both the humble and difficult circumstances under which it was created.  See the trailer http://www.thesecretofkells.com/ 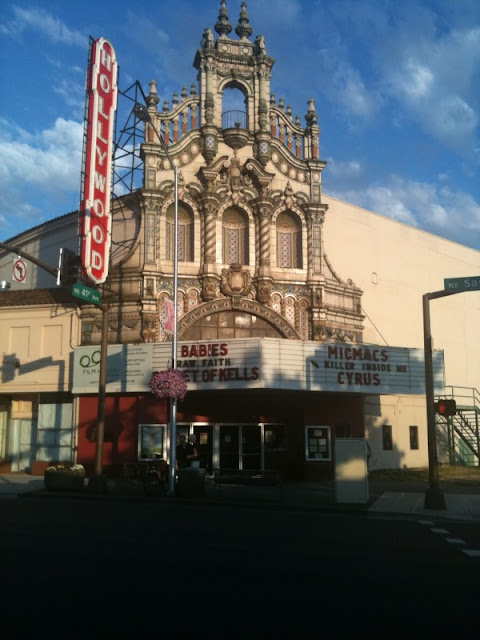 As a side note, the Hollywood Theatre, built in 1926, generally shows unknown, NON-Hollywood movies! And no insulting, deafening previews either!
Posted by Suzanne Bubnash at 10:33 PM No comments:

Enter to Learn, Go Forth to Serve

Last month we dropped off our youngest child at BYU to begin his freshman year. He graduated from high school June 14 and began college June 21. He was only 17 then (is now 18). His growth the past 12 months has been marvelous, and he had an excellent senior year—all As and 1 B, the only B being in AP Calc. He has shown he can meet higher education head on.

One of the most thrilling experiences in my life was transferring to BYU in 1973 as a sophomore. I’ll never forget driving up with my folks from Southern California in the pre-Interstate-15 days when much of the route was a sluggish 2-lane road. The freeway speeds us along now, but then it was fascinating driving down the main streets of historic pioneer towns such as Fillmore, Mona, Nephi, and Levan. Approaching Provo, the Wasatch Mountains loomed up in the distance, hovering over the campus. The weather was typical for late August—hot, clear, and sparkly. Coming closer, the gigantic Y emerged into view, perkily perched on the mountain to the east. When we passed the sign at the campus entrance,


Enter To Learn; Go Forth To Serve

a current of electric excitement ran through the air so strong that everyone felt it, even my folks who feared they were dropping me off at a cultish den of iniquity. I had joined the LDS Church the previous year, and though they knew a few Mormons and liked them, they understood little of the doctrine, but boy-oh-boy, they knew it was the antithesis of the stodgy church they attended. 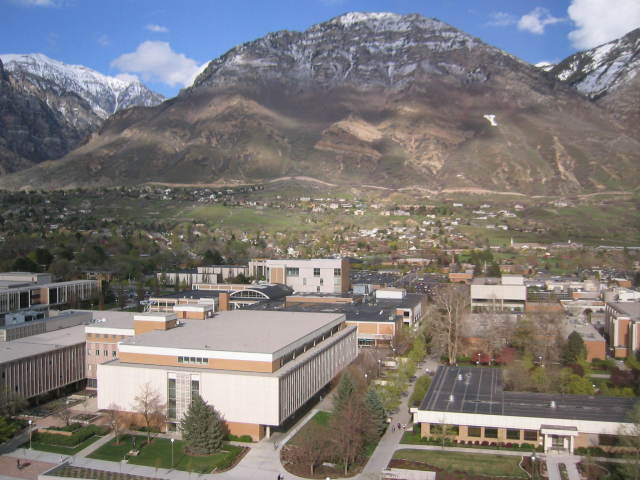 My folks moved me into Heritage Halls where I met my roommates: Suzanne Gaden from Seiling Oklahoma, Dode Walker from Burley Idaho, Margie Scorup from Othello Washington, Holly Rogers and Linda Frost from Flagstaff Arizona. In front of Broadbent Hall, Dode and her folks were taking her picture. She was wearing this really odd getup: a gaudy sequined shirt and pants with a matching cowboy hat, all the same garish hot pink! What the heck!? Who dresses like that!? I soon found out it was the garb of a rodeo princess--we weren't in Kansas anymore. I had no idea about things like rodeo princesses and was about to learn much more, not the least of which was Mormon Culture 101.

I am deeply grateful for BYUs stunningly magnificent campus and setting, the cleanliness, the tidiness of the students. Mom and Dad commented on all of these, and were impressed by the friendliness of everyone they met. The BYU atmosphere contributed to my folks’ very positive impression of BYU and the Church. It was at that point they realized the LDS Church was a power for good and not some odd cult. And from this point on my life became much more pleasant. Thank you BYU!
Posted by Suzanne Bubnash at 10:11 AM No comments: 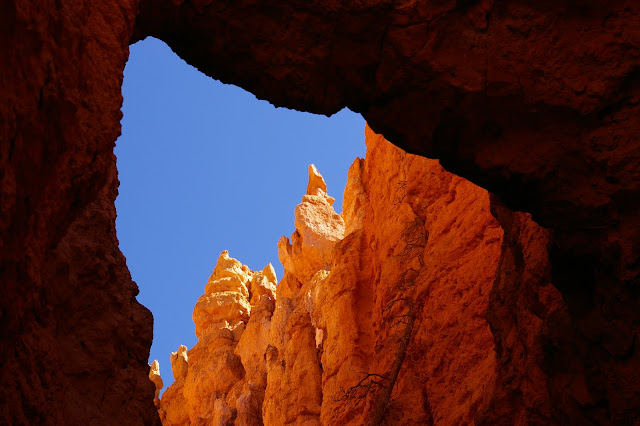 Southern Utah—Wow!  We spent four days in four national parks: Arches, Canyonlands, Capitol Reef and Bryce Canyon, plus Natural Bridges National Monument. In each we hiked to and through some of their notable features. As dramatically beautiful as western Oregon is, it lacks arches, needles or reefs here (we are blessed with stunning mountains and waterfalls). Southern Utah comes in a rainbow of sandstone colors, and was prehistorically ocean floor. As a child growing up in an area of sandstone mountains in S. California, one of the thrills of my childhood was finding seashells stuck in canyon walls at the edge of town. Until this trip I didn’t realize just how extensive the ocean coverage was—all the way into what is now the Great Plains.

We camped out every night, and got plenty of hiking and gawking in on this trip. S. Utah is every bit a scenic wonderland as is the Grand Canyon or Yosemite or any other well-known US destination. Craig is writing about our tour in more detail here  http://acraigwalker.blogspot.com/ 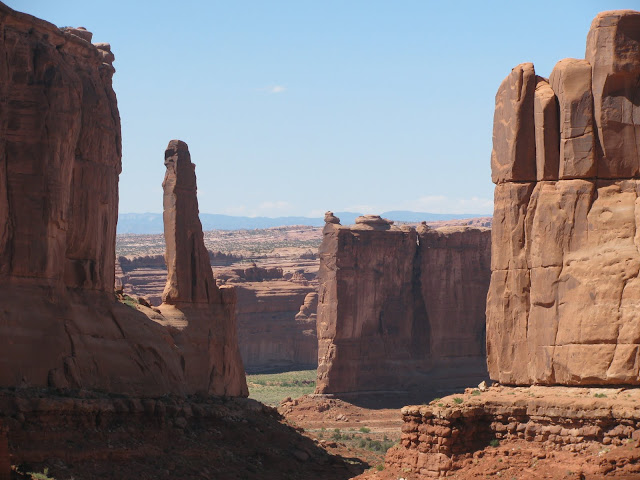 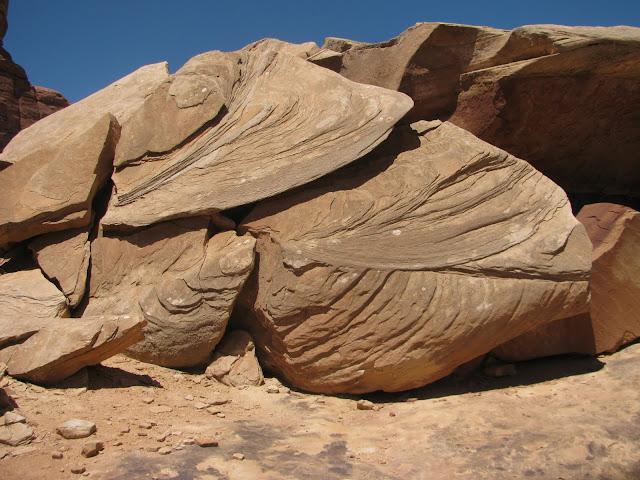 Posted by Suzanne Bubnash at 8:44 AM No comments: