Was It Worth It?

The defendant in the triple murder trial was found guilty on all 10 counts of aggravated murder this morning, which carries the death penalty in Oregon.

Here are the main points the prosecution used to convict Ricardo Serrano; every one of these is circumstantial evidence, which when combined, made a more than adequate case. There was little direct evidence in this case.

I also find it interesting that Ricardo, after calling work to say he wasn't coming in that day, spent that whole day driving around Beaverton, Cedar Hills and nearby areas, then showed up at home at 4:20 p.m., the usual time he would have come home from work. His wife thought he had been at work all day [cell phone tracing showed where his phone was used all day]--why would he have acted this way?

Ricardo did not testify in his own defense. The defense never tried to create an alibi for Ricardo. The defense's main points were that there were no fingerprints or DNA from the defendant found in the victim's house, and no blood or fibers found in Ricardo's vehicle that could tie him to the crime.

Ricardo certainly got his revenge on Mike for having an affair with his wife, and I wonder how Ricardo would answer the question, 'was it worth it?'

What Happens When a Butterfly Flaps its Wings

My last post was about the murder trial of a man accused of killing three members of a local family. I’ve attended several sessions of the murder trial. Every day a slender Vietnamese man wearing a gray suit and a curly jet-black mullet attends the trial. He is the live-in of the female victim, Melody, and father figure to her two sons, also victims.

I got to thinking about this man, known as Mike. He is not to be blamed for the murders in any way. He did not plan the killings, nor did he pull the trigger. He did not live a wild lifestyle or associate with dangerous people. But his actions placed his family at risk in a way he never anticipated, and he naively set in motion a chain of events that culminated in a terrible tragedy. I say naively, because he certainly did not intend his selfish personal indulgence to lead to the deaths of people he cared about.

Mike had an affair with a co-worker. Maybe that was ok in his thinking. After all, he wasn’t married to Melody, and so it’s not like there was a formal commitment to her. I don’t know the rules for those kinds of relationships. But, his cohort in the affair, Melinda, was married. And with her hot-headed husband Ricardo, the family with five young children led dysfunctional lives, living in filth and disarray, and going through bankruptcy. He had every right to be livid when he discovered her affair, then he became irrational after learning his wife was pregnant with this other man’s child. In short, Ricardo stalked his wife to discover her companion, then stalked him, then meticulously planned and executed the triple murder of Mike’s family.

Mike had the devastating experience of walking in on the murder scene (which was part of Ricardo’s plan) and in the three-plus years since, I am sure he has suffered to the nth degree. He is attending the trial daily, has heard the replay of his panicked 911 call, and has been repulsed by ghastly photographs of the murder scene.

Obviously, he would have lived his life more prudently if he could have foreseen the disastrous result of his secret life. Perhaps he has found solace in his family memories. Most of us don't pay such a huge price for our poor judgment. We must take careful thought to consider the end result before the butterfly flaps its wings, because once events are set in motion they can't easily be stopped.

NOTE:  On Thursday, February 25th about noontime, the defense rested its case. The jury is now  deliberating.
Posted by Suzanne Bubnash at 4:13 PM No comments:

A Murder in the Neighborhood

This week I have spent part of several days attending a murder trial at our Washington County Courthouse. Ricardo Serrano (age 34) is on trial for killing Melody, Steven (age 15), and Jimmy Dang (age 13). Melody was in her late 30s and the mother of the teenage boys. The victims lived in our neighborhood, though we didn’t know them. They kept to themselves and the only one of the three I ever saw was Steven, waiting at the high school bus stop in the morning. Other neighbors were slightly acquainted with Jimmy but none seem to have known Melody or her live-in, Mike.

The night of the murder Mike went off to work about 9 p.m. When he returned at 6 a.m. he found his family shot to death. I recall hearing helicopters flying over our house about 6:15 that morning, and figured there had been a serious accident nearby. I got up and checked the internet and found the breaking report of a triple murder in my neighborhood. The streets around our area were blocked off by police vehicles and yellow police tape was everywhere. There must have been 40 official vehicles of various types from surrounding jurisdictions doing whatever they do.

Melody’s live-in, Mike, was having an affair with a co-worker named Melinda.

Melinda’s husband, Ricardo, found out and began stalking his own wife to discover the man’s identity. Melinda and Ricardo have five children.

Melinda informed Ricardo that she was pregnant with Mike’s child.

Ricardo decided the best course of action was to get back at Mike by wiping out his family. He watched until Mike left for work, then (allegedly) burst in and shot the three family members. Ricardo returned to the area the next morning either to watch Mike enter the house and find the bodies, or to kill him as well.

Melody had online relationships with other men, including one in Florida with whom she was speaking on the phone when she was gunned down.

Next week I’ll detail the evidence against Ricardo. By the way, the victims are Vietnamese and the accused is Hispanic.
Posted by Suzanne Bubnash at 8:27 PM No comments: 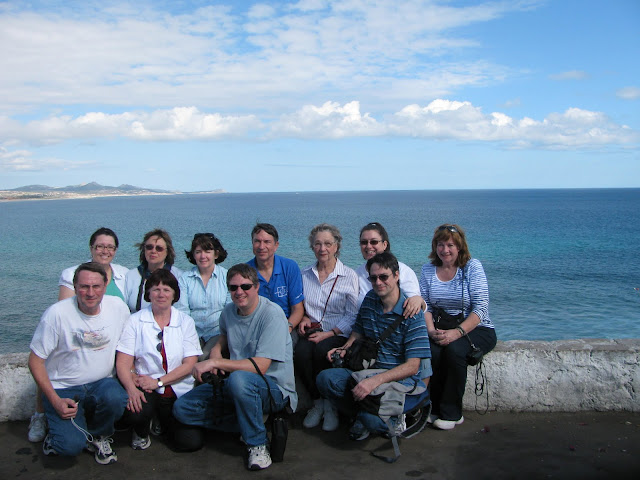 the Walkers at Cabo

We were recently invited on a cruise with all of Craig’s siblings and their spouses, and who wouldn’t want to join up with that! A four-day cruise, it would dock for a day at Catalina Island and a day at Ensenada, Mexico. We boarded the Carnival Paradise at Long Beach on January 18, just as reports of severe major storms were coming in. Because of the weather it was announced that our itinerary would change to sail directly south to Cabo San Lucas (40 hours) where the weather would be better. There was an audible cheer from the passengers. We stood on deck as the ship left the harbor accompanied by a pilot boat, and before long we were out on the sea. I loved showing up for a nice dinner that night without lifting a finger.

The ship rolled quite a bit on the way to Cabo but some miles from there a straight line in the sky marked the end of the clouds and storm, and the beginning of sun and sparkling seas. We watched whales spouting and arcing. On shore we hired a guide/ driver to take us on a tour of the area, and part of that included a short boat trip out to the arches area. I enjoyed seeing Cabo’s bountiful tropical vegetation and azure seas and lovely, classy residential areas.

On the trip back the ship was tossed more severely than before, even diving into troughs in the waves. I got sick on the last night for about 6 hours. As we disembarked back in Long Beach a crew member told us that some of the engines had quit during the storm and we came close to needing a rescue.

Other than the sea-sickness I enjoyed the company, the scenery, the entertainment (Craig singing karaoke), and having three meals a day without effort. Would I do it again? Yes, if the price was rock-bottom as this one was. You can’t arrange the weather but you can enjoy a cruise in spite of what nature throws at you.
Posted by Suzanne Bubnash at 10:04 PM No comments: