The Day We Almost Died

For a few years my sister Alice and I camped annually in Death Valley National Park over spring vacation.  The weather was usually just right and the park is so large and so varied and full of beautiful and unusual sights, that we never tired of it.  We always dry-camped, meaning we took her SUV anywhere from 5-10 miles off the pavement to remote and lonely spots, pitched a tent, and then hiked and did our sight-seeing from there.  There were no campsites out there, no water, no facilities of any kind, only rocks and sand and more rocks and sand.  At night we cooked dinner over a roaring campfire, then told tales and watched the sharp clear skies for constellations we could not see at home.

one of our D.V. camps 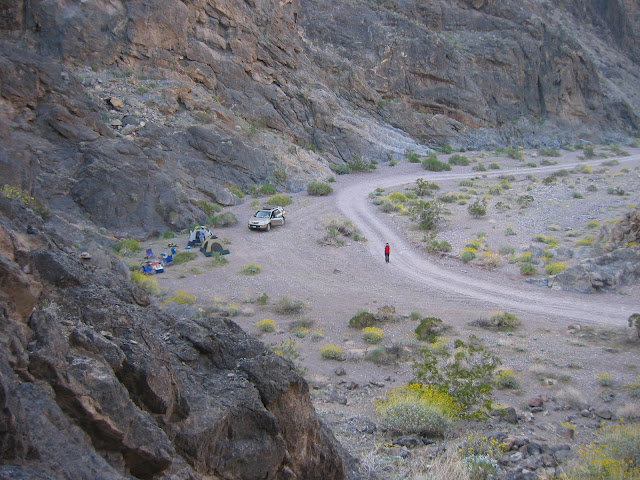 Various unique memories are associated with our Death Valley visits.  On one of those camping trips we were frightened when buzzed by a stealth fighter jet up on Lee Flat.  Another time before entering the park we met a fellow at a diner in Lone Pine who told us it would be ok with him if we bypassed the ‘road closed’ sign to go up the mountain to the Cerro Gordo gold mine (which I had been wanting to see for years), owned by his friend.  When we got up there the proprietor wasn’t very happy to see trespassers, but when I incorporated the name Mortimer Belshaw (the original owner of the mine back in the 1800s) into the conversation, she immediately gained new respect for us and gave us the grand tour.

One year we got this idea to go to a remote section of the park over Lippincott Road, which showed up as a dashed line on our map.  Turns out it isn’t much of a road—we must have been out of our minds.  It’s a track made of all sizes of boulders with an occasional bit of solid ground in between.  On some stretches the valley below is a thousand foot drop, without a guard rail in sight.

There was no turning around once we started.  The only way to negotiate the boulder road was for me to get out and walk ahead of the SUV, and direct Alice which way to turn the wheel, so that her tires stayed on top of the boulders instead of slipping in between.  Steven didn’t seem visibly afraid yet at one point he asked if we were going to die.  We weren’t sure of the answer.  We made it through, obviously, and Steven christened that experience as, “The Day We Almost Died,” and still refers to it that way.

On the way home from that trip we stopped at the ghost town of Ballarat (population 3) and the residents wanted to know what we did in Death Valley.  We listed our experiences, including driving over Lippincott, and you could have momentarily heard a pin drop.  Then they gushed about how remarkable a feat that was.  But it really was out of our element and I wouldn’t recommend it to anyone, ever. 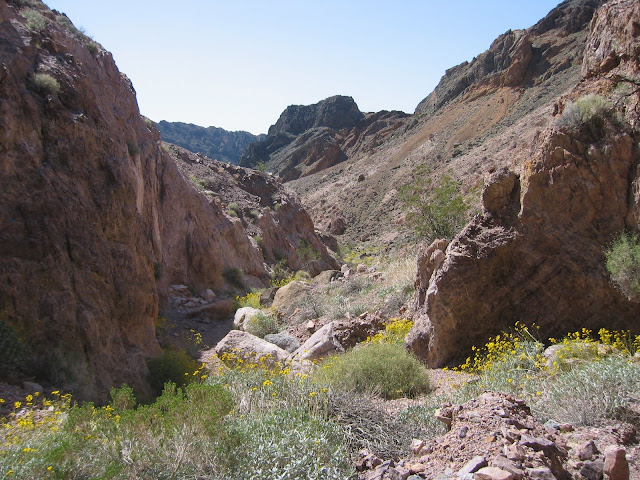