Showdown at the Stevenson House 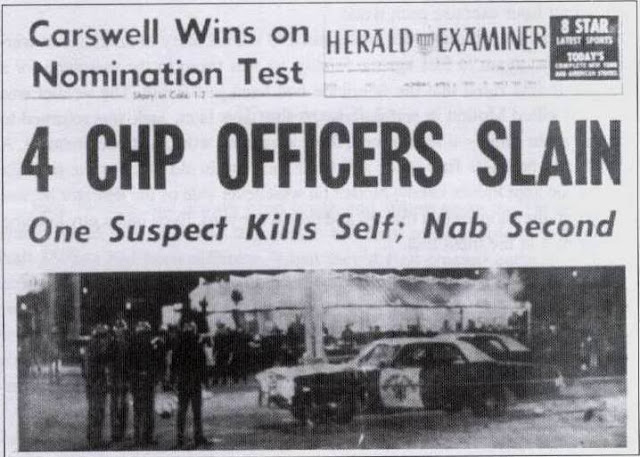 On April 6, 1970 my Dad went off to work as usual while we kids prepared for school. Ten minutes later he returned home and frantically ordered us all to get in the car, that there was something we needed to see. We drove out of our neighborhood up Lyons hill toward the freeway. Dad gestured towards the old Robert Louis Stevenson house which for over eighty years had sat on a small plateau overlooking the valley where we lived. What looked from a distance like the motion of ants crawling up the slope towards the house turned out to be scores and scores of armed officers crawling on their bellies up the hill carrying weapons in their hands. Dozens of police vehicles from surrounding jurisdictions were stationed in every direction.

I’m surprised they let looky-loos like us pass close enough to watch. A cop finally directed us onto the northbound freeway and Dad dropped us at school. We found out by bits and pieces through the day that around midnight two criminals had shot and killed four local CHP officers in a gun battle at a nearby coffee shop, called J's. One of the gunmen fled into the river bed and was captured. The other fled to the isolated Stevenson house, and took the resident family hostage. The son in that family was in my grade at school, although we were not particular friends. Eventually the family was released and the perpetrator committed suicide. The four dead officers were all under the age of 25, and left seven children between them. Shock waves reverberated through our community and a pall settled on our valley that took years to fully dissipate.

This grim calamity, “The Newhall Incident”, was the “shot heard round the world,” as far as law enforcement departments were concerned. Due to the tragedy, changes in police tactics and improvements in training and equipment were made in jurisdictions all over the country, saving many officer's lives in the almost 40 years since that dreadful day. The memories of this incident came back to me recently because I read in my hometown newspaper that the other perp recently died in prison. 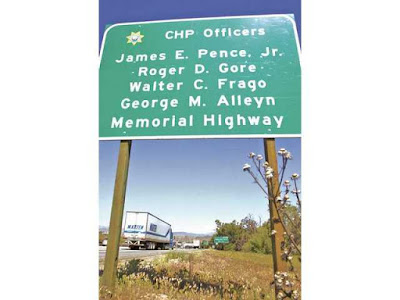 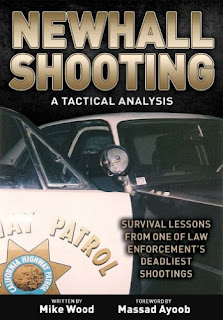 this book about the incident was published in 2012 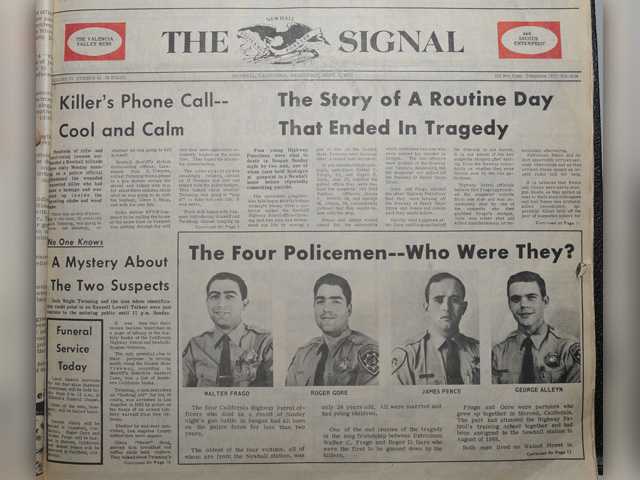 coverage in our hometown newspaper