On the outskirts of Budapest is an unusual tourist site called Statue Park.  Here rest statues and monuments that formerly glorified the wonders of communism, and which were quickly toppled by the newly-free masses in the early 90s. Now they are objects of derision and some are so hideous you wonder how they were ever erected in the first place. Here's a select few, but every one of them is amusing in some way. 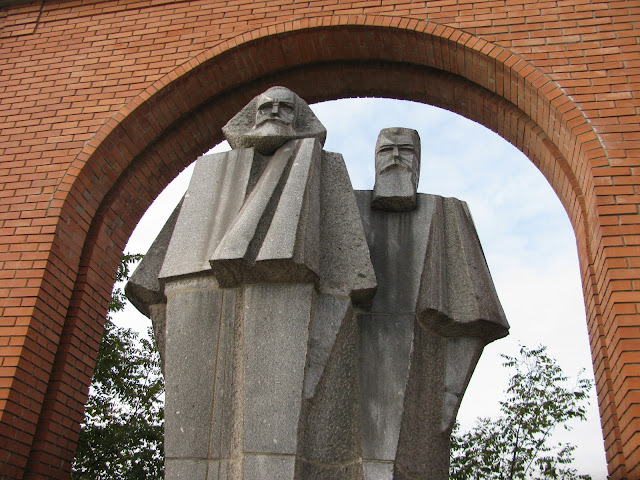 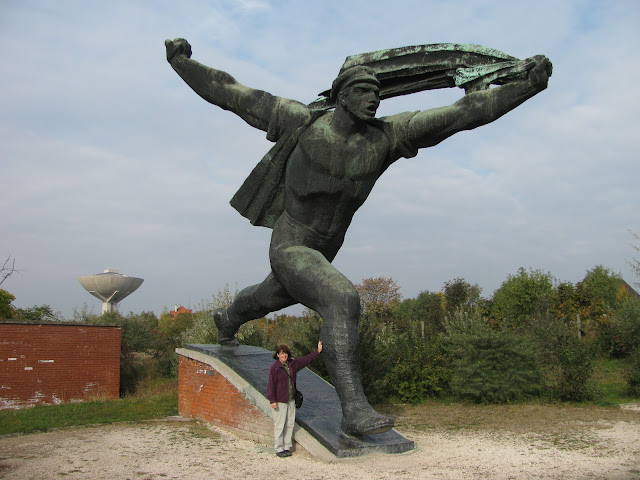 The Budapest guidebook says this enormous hulk represents communism's glorious future, but to the locals it was a spa attendant chasing after a patron who forgot his towel. 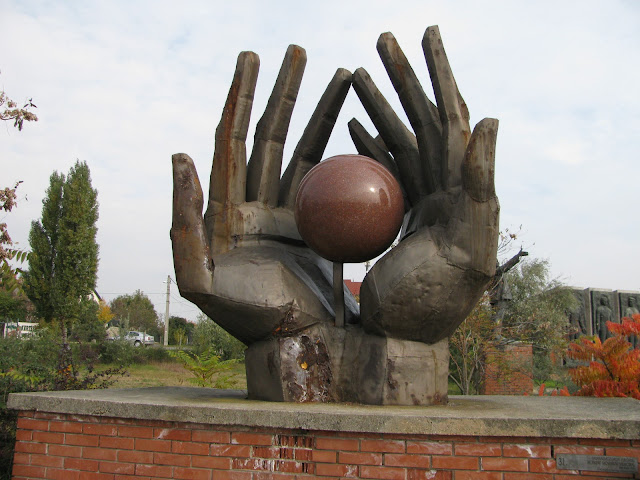 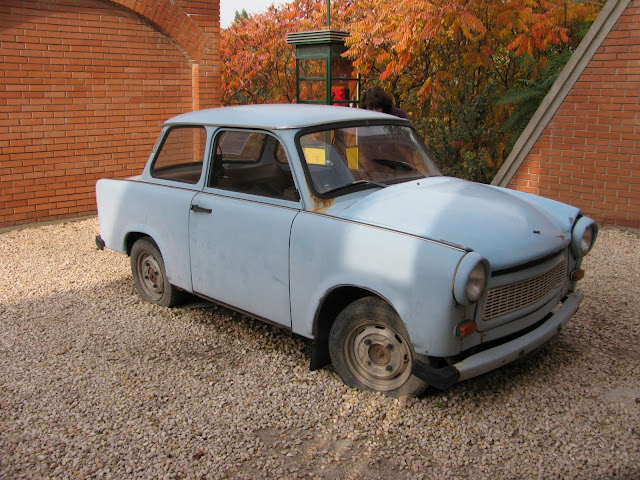 Also on display,  a marvelous tribute to communist ingenuity, is the Trabant, or "people's car." It claimed to hold four adults plus luggage. A buyer paid 50% up front, then waited six to eight years for delivery. Imagine cruising Interstate 5 in this two-cylinder, 26 HP beauty. How do you double the value of your Trabant? Fill up the gas tank.