The Palmers are celebrating their 12th anniversary today, November 20.   Congratulations to them!

There are a few things unique about their engagement time. First, it was very short--only six weeks long for the bride's mother and family to do all that needed doing. Bridget was up to her eyeballs in her senior year at BYU, and unable to spend any time on the details. I rushed the order for the invitations.

Second, 9/11 occurred three weeks before the engagement. People were still wary about flying, but I got on a plane to Utah to meet up with BMW for wedding dress shopping.

In the end, I was happy about the short engagement. There was time to focus only on what was important. The nice but unnecessary details fell by the wayside. Near the end of October when it was time to put the invites in the mail, the anthrax crisis struck the US postal system, and it was in danger of being shut down. We broke the Guinness Book of World Records for speed in addressing wedding announcements, dumped them into the mail system, and hoped they would beat the imminent closure of the system. Well, the system did not shut down, and everyone received their invites.

Bridget and Jeremy caught a flight home on the Friday evening before the Tuesday marriage.  Unfortunately, some crazy in Atlanta breached security that day, and post-9/11 jitters sent panic waves throughout the country at every airport. Planes were delayed in domino fashion making their flight quite late. They were lucky to have a flight at all. A friend threw a bridal shower the next day, and on Monday bridal pictures were taken at my friend Karen's elegant house. The November weather was iffy, so indoors was the best choice.

Here are a some photos from that day (a little out of order, sorry): 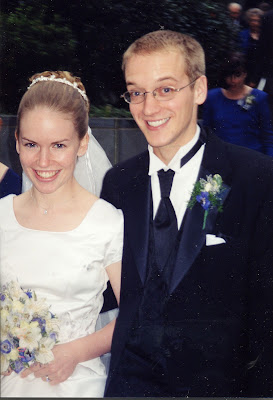 The outdoor shots are taken at the Portland LDS Temple.
[no, Jeremy was not 15 years old] 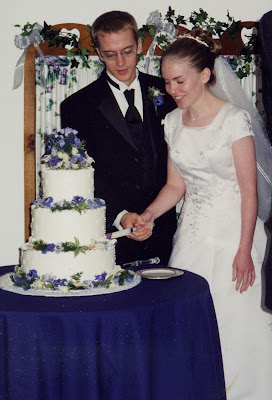 The reception was held at our home. 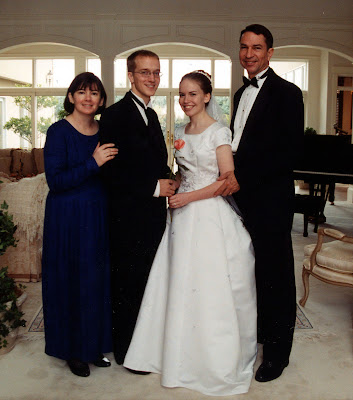 Bridal photos were taken at my friend Karen's elegant, spacious home.  I asked Karen if we could borrow her winding staircase, then the photographer liked her house so much he made himself at home and even used Karen's master bathroom for some mirror shots.  He also asked her if she had a flower that Bridget could hold.  Karen went to her garden and cut her last rose bloom (above).  Thank you Karen! 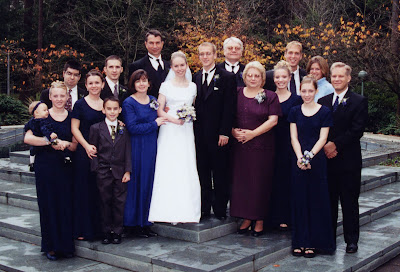 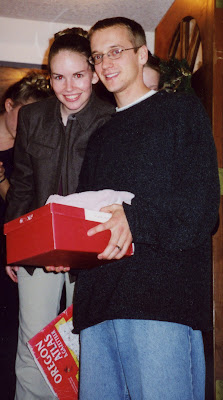 Off to Seaside for a short honeymoon.   Thank you Grandpa Scott for the beach house! 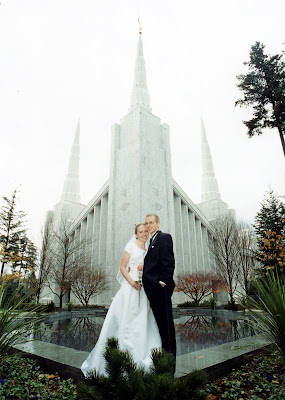 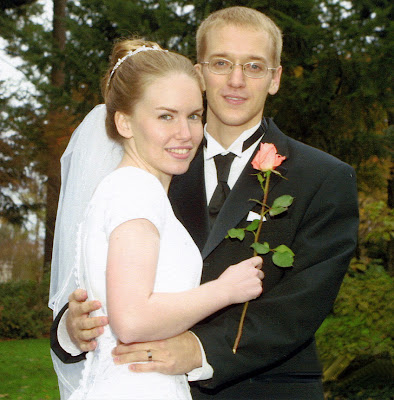