Alma 16:16: ". . . the Lord did pour out his Spirit on all the face of the land to prepare the minds of the children of men, or to prepare their hearts to receive the word which should be taught among them at the time of his coming--"

40 years ago, on December 30 1972, I was baptized as a member of The Church of Jesus Christ of Latter-day Saints.  I've been pondering this marvelous life-changing event, its course correction to my life, and how it all began.  It did not begin the day of my baptism, nor did the change begin the day I took the first missionary lesson in September 1972.  The change began even before I was given a Book of Mormon in March 1972.   In hindsight there was a definite preparatory period; this is how God works.  He sows the seeds, they are cultivated by us and others, we reap the fruit.

First of all, religion was an important part of my childhood.   Dad was Byzantine Catholic and I loved to attend here: 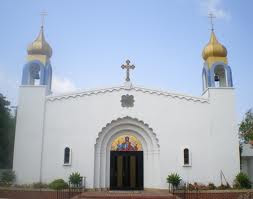 Mom was Roman Catholic, and because it was closer, we attended here more often [though I preferred St. Mary's by a long shot]: 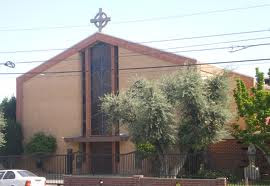 I was well-grounded in good Christian principles and knew that God loved me.

In 1968, when I was 13, we moved to the Newhall area and that whole valley was loaded with Mormons and Catholics.  Religion was a common topic of discussion, often in a distasteful competitive manner.   My Mormon friends invited me to their youth night.  I wished I had a fun youth night to invite them along.

Doctrinally, I had no interest in another church, sure as I was that my church was the same as that established in ancient times by Christ himself.  When my Mormon friends told me there was a prophet on the earth today, I laughed.  I knew of no old man dressed in robes preaching, so who was this person?   David O. McKay was his name.  Really? 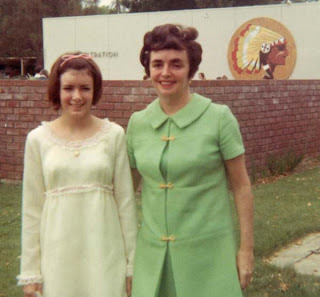 Mom and I in 1969, in front of William S. Hart Union High School

In 11th grade I and all of my group of friends tried out for drill team, and every single one made it onto the team except one.  Me.  That fall was lonely as all get out.  My friends were busy.  In my solitary moments I contemplated my life and future.  And resolved to change my one personal trait I hated: my debilitating shyness.  I can hardly believe I did this, and I know it was the power of the Holy Ghost urging me on, giving me courage.  I went to the Newhall Public Library to peruse books on shyness, personality, and conversation.  They had 4, and I brought them all home.  And read them.  And practiced the recommendations.  My outlook changed, and for the first time I began to feel comfortable in groups, in speaking, and so on.  It was thrilling!

During the next year I began to experience impressions that unsettled me about Catholic Church.  Again, without me  understanding it then, I have since known the Holy Ghost was the source.  Most of the impressions whispered to me were about truth, and that my church did not have the line of authority to act in God's name.   These thoughts came to an un-seeking mind.

Senior snow day came around and a large group of us cut school to go the mountains.  I was well-prepared with several  layers of gloves and mittens, but Gordon a good Mormon boy, was without.  I gave him my largest pair of mittens to wear and he gratefully returned them the next day, and from then on seemed to think I was the nicest girl he knew.  My new-found social skills paid off, when a few months later he introduced me to his brother, Val, who had just returned from his 2-year mission to England. 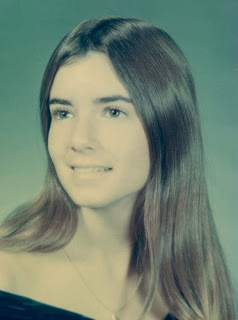