A few years ago I began buying up old postcards of places that were important to my family and our history. We have few photographs of our ancestors, so the next best thing to pictures of our people is a picture of the places they lived, worked, and worshipped. Companies created postcards of the most average mundane scenes, which is a bonus for people like me who buy them for family reasons. I don't need a postcard of the Golden Gate Bridge, for instance, because it doesn't have significance to my family. But a postcard of a the coke ovens in Star Junction, Pennsylvania? I'll pay bucks for that one!

Ebay is ideal for this. There's many for sale and if you wait long enough, a postcard of the exact place you want will pop up. Some examples: 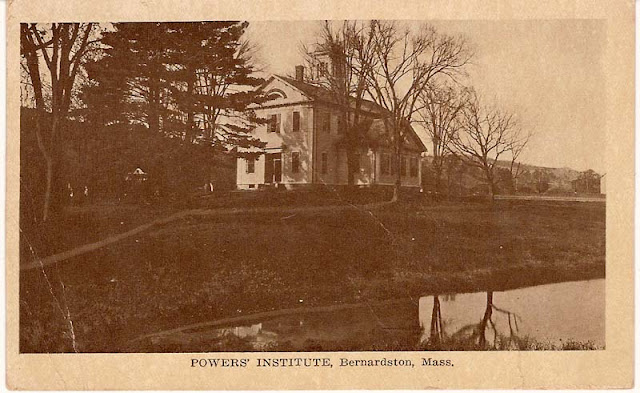 Powers Institute, aka Bernardston Academy, is where my great-grandfather Michael Henry Toomey attended high school circa 1876. It still stands, now as a museum. The photo is probably from the early 1900s. 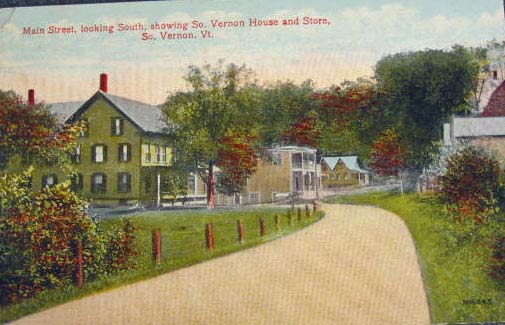 A view of South Vernon, a railroad junction that straddles the state line of Massachusetts and Vermont. The building on the left is the old hotel, which is still there, and was new when my Toomeys lived in South Vernon in the 1870s and 80s. This quaint view has been altered by a modern a highway. 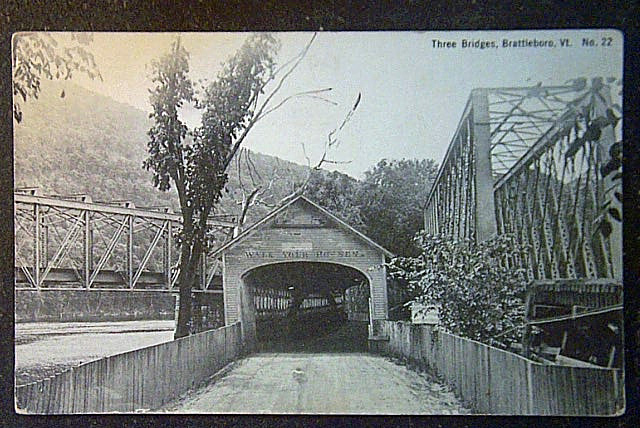 The dangerous intersection of three bridges north of Brattleboro, Vermont, late 1800s. The writing on the bridge says "Walk Your Horses." This junction was modified after some terrible accidents between trains and horses. My Toomey and Sullivan ancestors would have passed through here once in a while. 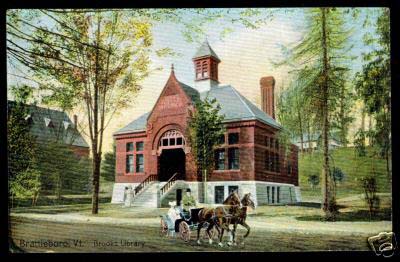 The Brooks Free Library, Brattleboro VT in 1910. It was built in the 1880s when some of my family would have borrowed books (I hope). What a pretty picture of the first real library in town. It has long since been replaced by a modern, but less attractive library. 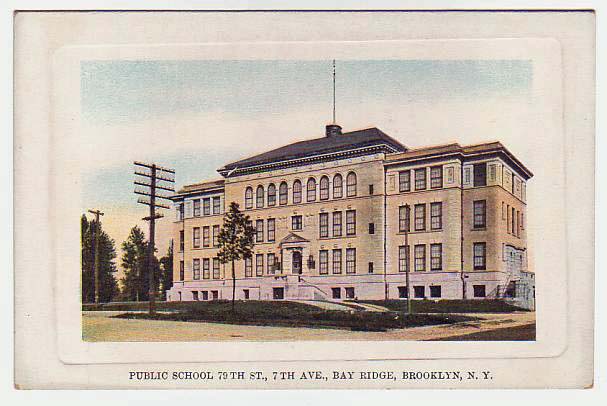 A public school close to my Grandma's house in Brooklyn, NY. She lived on the corner of 4th Ave. and 78th, so this may have been where she attended. If not this one, then one a lot like it. 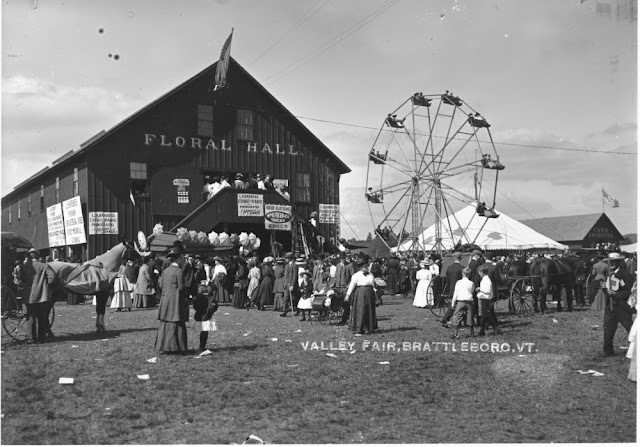 Even photographs of events such as parades and fairs were sold as postcards. This one of the local county fair in Brattleboro, called Valley Fair, I believe was taken pre-1910. Fairs, lectures, church socials, traveling circuses, and post-Civil War GAR events were our ancestor's entertainment, and you can find postcards of just about all of those events. 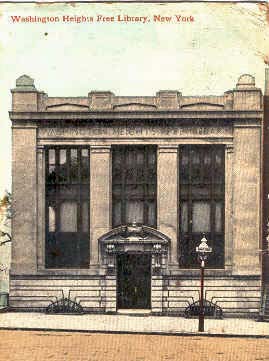 My Mom grew up in Washington Heights on Manhattan, not far from this library, immortalized in a postcard circa 1900. 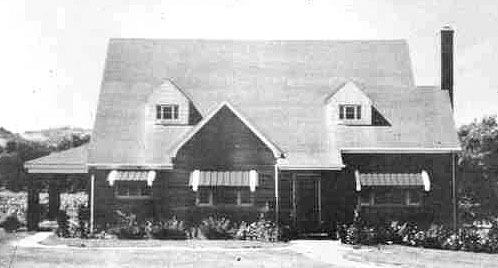 The Dellbrook House in Perryopolis, PA, circa 1950, built by my step-mom Hazel's then-husband in 1948. In 1996 Dad married Hazel and moved into this house. In 2001 the stairs became too much, so they sold it to my brother who lived there until 2007 ish. This postcard is entitled Modern Perryopolis, the Carl Dellbrook House and is still sold in the local drugstore. 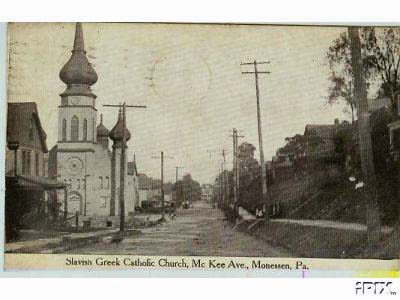 Monessen PA's Greek Catholic Church, which my grandparents attended about 1918-1921. Nice that someone thought to make a postcard of it. 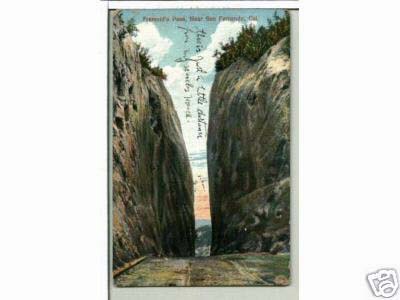 This postcard pertains directly to my life. Beale Cut, aka Fremont Pass, aka San Fernando Pass or Newhall Pass, near Newhall, CA. When I was growing up it was a major thrill to climb down into this cut which was made for the Butterfield Stagecoach Line, about 1863. This was the original road from Los Angeles to San Francisco. On the other side of this cut was the local oil refinery. I remember the thrill of finding shell fossils in the side of the cut. It is badly eroded now. And it is seen in plenty of old western movies.