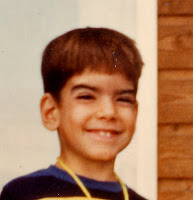 Those who know our family know that our son Daniel was born with a genetic anomaly called Cornelia de Lange Syndrome.  It's a rare condition marked by physical, cognitive and life-long medical concerns.   In severe cases deformities are present.  Developmental delays, seizures and very distinct physical characteristics used to be the basis for identification of the syndrome, but in the past decade several genes have been identified that are associated with CdLS.

Daniel was born in the late 1970s, well before the age of instant internet information.  We went five years without a diagnosis and had some traumatic experiences when certain doctors tried to pin his disabilities on me having taken drugs or consumed excessive alcohol during pregnancy.  Sheesh, for many months after that I lay awake at night going over every day of my pregnancy looking for clues as to what I could have exposed myself to or consumed that could have caused my sweet little baby to be labeled at best, "failure to thrive."  One doctor's prediction: he will never walk, talk or do anything for himself.

All that said, and through the tough times of the past 38 years, we have been deeply blessed by Daniel's presence in our family.  When you struggle with big challenges your perspective on life ascends to a little higher level.  I brush off the pity of others and when one person said something like, "I'm glad it's you and not me," I could smile and sincerely reply, "I'm glad it's me too."

Because CdLS is so uncommon,  only a few times have I met other people with the syndrome.  Once I organized a picnic for CdLS families from Oregon and Washington.  Another time Daniel and I traveled to Baltimore and met other CdLS families there to get expert medical advice from doctors associated with Johns Hopkins, who have focused their practices on the syndrome.

But.  Recently I was contacted by a woman named Julie, who got my name from a mutual acquaintance as someone who could take her family hiking here in NW Oregon.  We met up yesterday at Silver Falls State Park for a long waterfall hike.  We headed down the trail and as our group of 8 spread out along the trail I found myself walking with Julie.  She was talking about her family.  Two of her daughters accompanied us.  She offhandedly said what sounded like, "K (one of the daughters) has Cornelia de Lange Syndrome."   Stunned, I abruptly halted in my tracks and exclaimed, "What did you say!!?"  She repeated it.  I had heard right.  Two moms who had met only minutes before had one huge thing in common.

K is mildly affected by CdLS and is able to hold down a very part-time job cleaning tables at a fast food restaurant.  Like us, her family waited 5 years for a diagnosis.  She was able to hike the 8-mile fairly easy trail.  Daniel is also mildly affected, but is not as mild as K.  He also has a seizure disorder that impairs his functionality and safety.

I confess that the moment I laid eyes on K my first thought was CdLS.  She clearly had a disability.  I should say, it was clear to me.  I bet the average passerby would hardly notice she is different, because she has a mild version of the syndrome.

But wow, I don't believe in coincidences.  It was very cool to be able to talk to someone about the issues surrounding a CdLS child, and know that they understood perfectly. 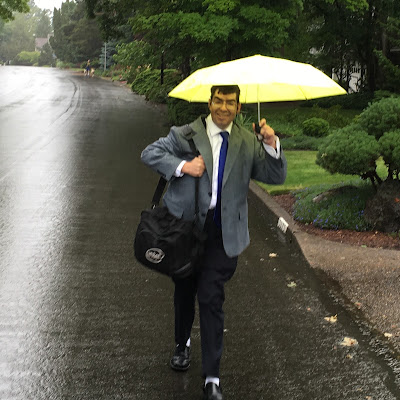 Posted by Suzanne Bubnash at 7:31 PM