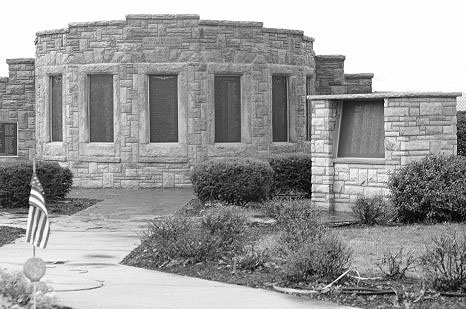 In the area of my Dad's hometown (Perryopolis, PA) are plenty of has-been small towns that thrived during the era of the coal and steel industry,  but now appear listless and forgotten.  They are pocked by deserted buildings, including once-proud schools now derelict and crumbling.   Abandoned coal mines and tipples and mills of every type slump like skeletons stripped of their flesh.  Slag heaps overwhelm the landscape, an in-your-face testimony that these towns once had a reason for being.

Forlorn they may be, yet they have a grand, noble common thread: almost every town has a war memorial honoring their home-grown boys who served in past wars.  These memorials are not new; they were built after World War 2 well before the belated trend praising our veterans took hold.  The names on the memorials are more often Italian, Polish, Ruthenian, Slovak and other varieties of 'Hunkie' names than Anglo-rooted names.  After all, it was penniless European immigrants who kept the mines and the mills running during their heyday.

Perryopolis's memorial is built of warm beige and brown stone inlaid with metal tablets inscribed with veterans' names.  The VFW keeps it in good shape.  To the right in the photo above is an addition to the memorial that I think was built after the Korean War, or maybe Vietnam.  I haven't been there in a while.

The detail below shows my Dad and two of his brothers, World War 2 veterans.  An asterisk is placed next to the name of soldiers who did not return from the war.  Another uncle of mine served in Korea and has his name on that plaque.  Still another uncle did not serve at all, because by the time the Korean War was in full swing, my grandpa had been paralyzed in a coal-mining accident, and that uncle stayed home to help with his father's care.

Our veterans gave years of their lives to protect the cause of freedom.  May we never forget them. 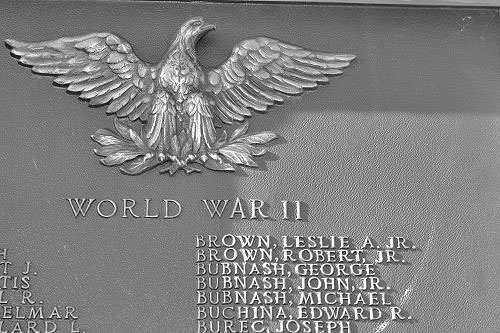