The Village is Doing its Job 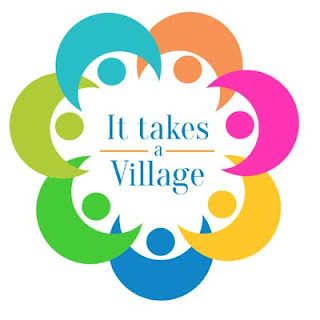 As much as I don't appreciate some implications of the phrase, "it takes a village," the idea that others can help us look out for our loved ones is valid and important.

Looking after a disabled adult child requires many sets of eyes. And kind hearts. Countless folks we have never met have looked after Daniel. There was the guy on his way to work who saw DG lying on the sidewalk, took the time to stop and check his medical ID bracelet, and called to alert us. The folks who somehow figure out where we live and stop by to tell us he needs help. The sheriff who has brought him home in his cop car, the fire department dudes who have followed him home in their truck to make sure he arrives. I could go on.

And there are the folks we do know, the ones who bring him home when he's confused, or call to report a problem. The friend who called just to say DG was sitting on a bus bench over by Safeway--was that ok? The ones who see him at the bus stop with oodles of shopping bags and cases of water, and pick him up so he doesn't have an impossible hassle with it on the bus.

Yesterday a friend texted me with a short question: "Is DG with you?" No, he wasn't. She was concerned that something was wrong. Walking through the neighborhood she saw his wagon (he uses it to collect returnables) abandoned under some large bushes. She was afraid he was in trouble or hurt. I knew he was at  his activity program and would be home soon. We would fetch the wagon then so I reassured her that all was well.

Five minutes later another friend texted to say DG had just walked by her house with his loaded wagon.  Ahhh, then it made sense. He had left it under those bushes that morning when in a hurry to get to his program, and all along planned to pick it up on his way home.

How super it was that two friends thought to alert me to his circumstances or whereabouts. Remember when we were kids and mothers claimed to have eyes in the back of their heads? Well they kind of did, because all the other mothers looked out for everyone's children, not just their own. None of "what someone's kid is doing is not my business" stuff. I'm glad we still do this. The village is doing its job!
Posted by Suzanne Bubnash at 4:00 AM