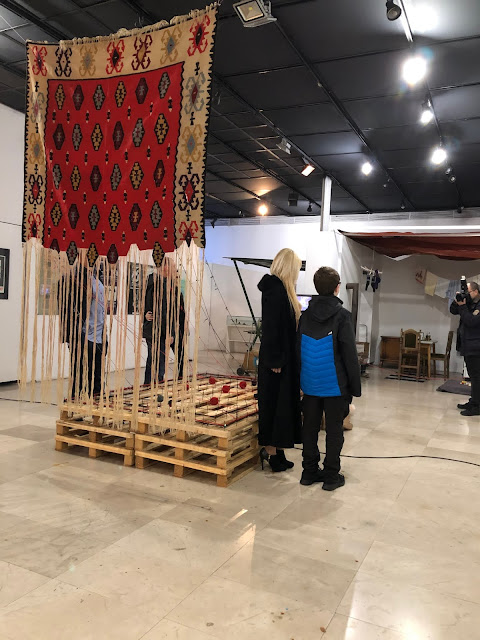 Unraveled: Life Under the Seige

The impetus for our trip to Sarajevo was friend Selma's installation in an exhibit, Reconciliations, which opened on November 26, 2018. A Sarajevo native who went through the Bosnian War, 1992-1995, she suffered the loss of her father, endured sniper fire and shelling, then escaped the city a couple of years into the war. Her teenage journal entries during the siege are gripping, poignant and heartrending. 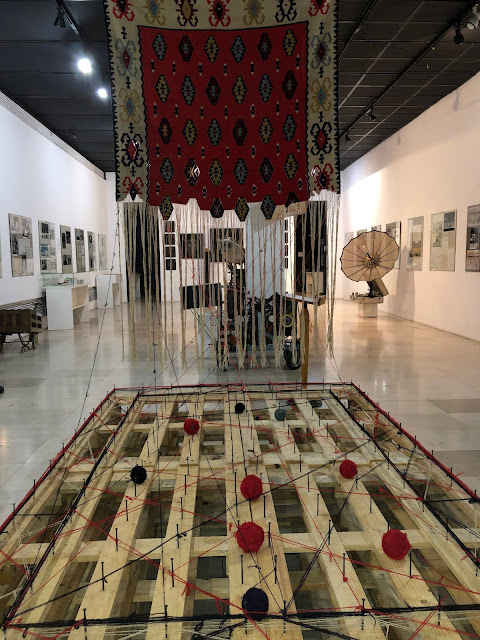 Bosnia's artistic heritage includes the art of carpet weaving. The unraveling of this carpet demonstrates the lives of war-trapped citizens. All of the tradition and predictability of their lives has come apart. An article in WeTvArabia says:


Reflecting on this unraveling of her pre-war life and the reconstruction of life after the war, the artist has created a powerful installation of a traditional carpet, suspended from the ceiling, unraveling before the audience’s eyes. The unraveled threads are wound around nails on a wood platform, representing interconnections and voices of memory, both literal and phenomenal.

Here is how Selma explained her installation to the interviewer:
“When conflicts escalate into wars, and the wars go on for years and eventually end, the immediate post-war reconstruction takes over. Schools, hospitals and homes are repaired, usually to their original condition, masking any signs or traces of the disastrous events, sadness and human struggle. Is it possible to re-condition something (building, space, soul) to be the same, to feel the same, when it had been wounded, destroyed and deeply scared on the inside? Is there a clear boundary between lives and spaces before the war, under the siege and of the aftermath?” Ćatović Hughes said.

More from WeTv:
The intent of this art installation is to show the intricacy of the impact of the war circumstances not only have on one person, but rather on an assembly of lives that come together as one whole. Celebrating Bosnian cultural heritage of carpet weaving, the threads become the voices of memory. The process of weaving combines numerous pieces carefully constructed into a cohesive and unified composition, the whole. To create a woven piece like a carpet, it takes time, ritualistic order, repetition and predetermined idea of an outcome.

Selma:
“When the unraveling begins, it is undoing everything the long process of weaving had accomplished but at much faster pace. The threads separate, shapes dissolve and become illegible new forms, and colors bleed independently upon the taut white vertical threads as a ghost background,” Ćatović Hughes said.

Read more about this here 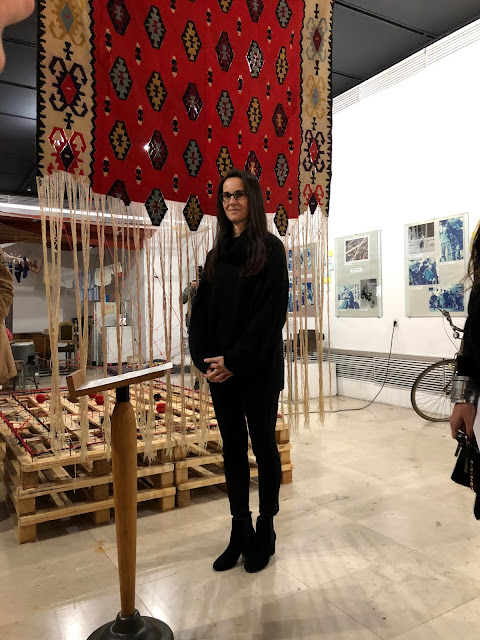 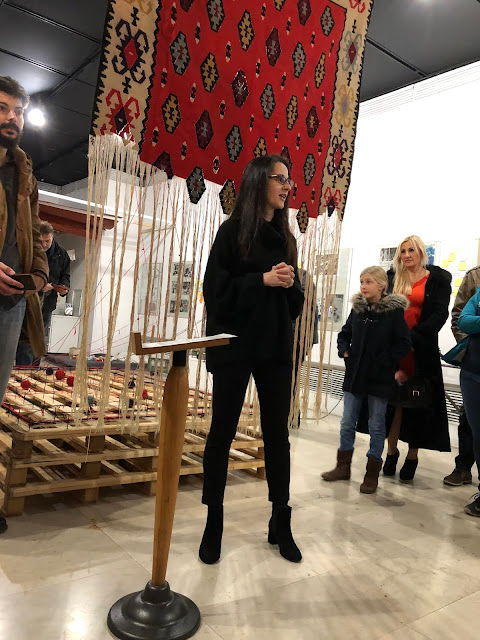 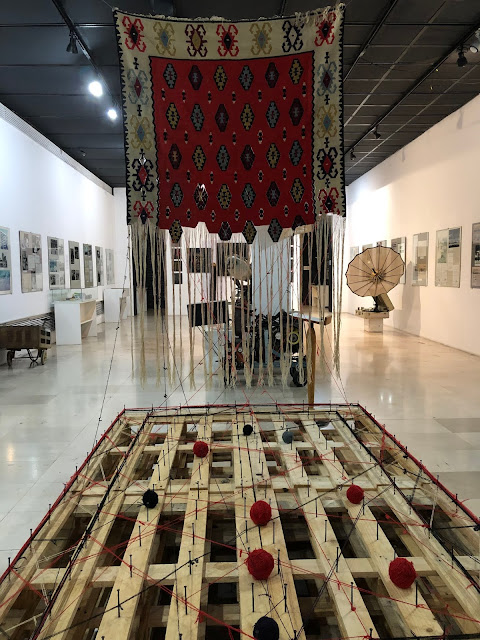 It was a privilege to spend several days in Sarajevo, and to see this exhibit, which included other artistic interpretations of the war experience.  One was a series of photographs depicting a small boy whose young life was restricted because of the violence. That boy's life was finally ended by a sniper's bullet.

Another artist set up a room showing how people lived to avoid shelling and sniper fire, and there were relics from the war years that demonstrated the hardships endured by the citizens of Sarajevo, an Olympic city.

Posted by Suzanne Bubnash at 9:24 AM