"I'm the Man You're Looking For" 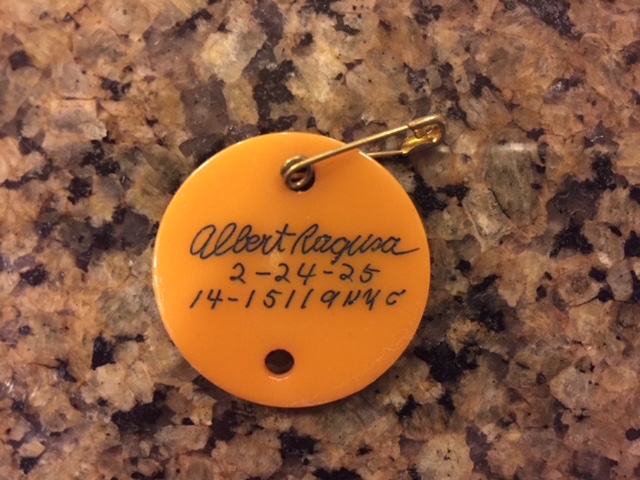 One hallmark of my Mom’s life was her acceptance of every person, no matter their background, color, religion, etc.  And we children understood that it was forbidden to use racial or ethnic slurs, or otherwise make fun of people for their size, surname, or circumstances. And this was at a time when put-downs were a source of amusement for children and adults both. My mouth was washed out with soap once when I tried out the "N" word, which I picked up on the playground. It never happened again. And I never knew until after her death that there was a particular reason Mom felt strongly about this issue--so strong that it became a major theme of my childhood.

After her funeral in 1994 I found a curious item in her jewelry box. It was a small plastic tag with a man’s name engraved on it that might be pinned on clothing for identification. The man’s name was Albert Ragusa. Why would Mom save something like this for 50+ years?  I had to know. In a New York phone book I found three Albert Ragusas, and sent the same letter of explanation to each with my contact information. A few days later I answered the phone and a male voice said, “I’m the man you’re looking for.”

Several conversations with Al were enlightening. He informed me that he and Mom were pals at George Washington High School. Actually, they would have been more than just pals and might have eventually married except that my Grandfather at some point told him not to come back. His reason? Al was of Italian parentage. That just wasn’t acceptable to my Grandfather, the son of Irish immigrants. And that’s the way things were in heavily ethnic enclaves in New York City circa 1942. 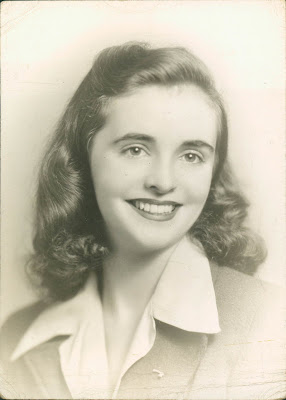 Ten years after high school Mom met and married my Dad, who was the son of immigrants from Slovakia. She once told me her folks weren’t pleased about that but by her late 20s, she did what she wanted. But she always kept that little plastic tag, perhaps to remind herself of a case of prejudice and pain and injustice from her late teenage years. And that's the answer to the "why" of a central theme of my childhood.
Posted by Suzanne Bubnash at 7:05 AM