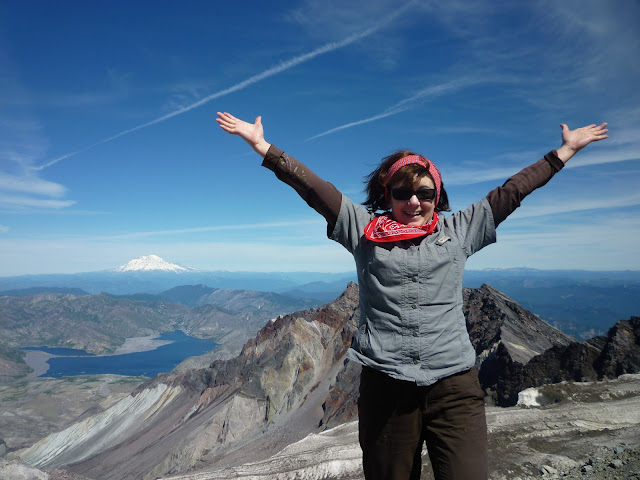 About a month after my radical bunion surgery on November 20, 2009, my foot was still painful and very swollen, and losing the crutches was in the distant future. Yet I made a goal then to hike demanding Dog Mountain at the end of May, something we do most years during wildflower season. It was an aggressive target yet I knew that having a reward to work towards would do wonders for the rate of my recovery. At the same time my friend Carolyn and I began making plans to climb mighty Mt. St. Helens the end of August. That was one trek I was aware might be too far a reach.

Nine weeks after surgery I drove a car for the first time and a couple of weeks later put the crutches away. And I quit using the wheelchairs at the grocery store. Limping was part of my life for three or four more months and that gradually diminished. I kept up some of the PT exercises and foot massage until mid-summer, and in May and June went to acupuncture to speed healing. Even now the ball of my foot is still puffy and the second toe is still stiff. It may always be that way.

On June 4th, I achieved my first goal of climbing Dog Mountain!  Read about that here.

And la-di-dah, on 2 Sep I slaved my way up Mt. St. Helens as if I had not had bunion surgery nine months earlier!!  That climb is tough for me even in the best circumstances and it was an even greater victory because of the hard months of work and care it represented! 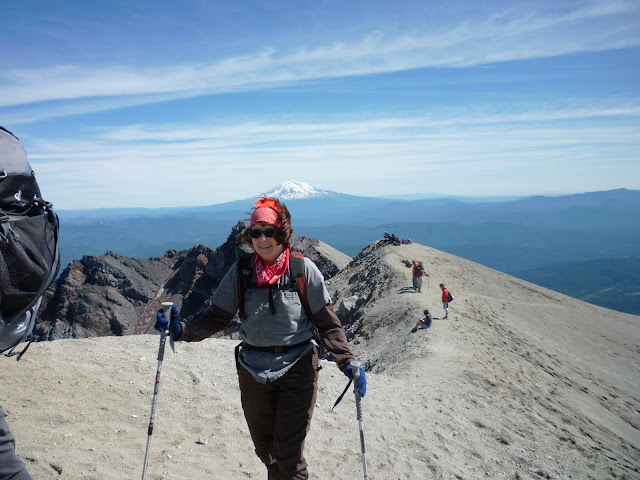 Katy, Carolyn, me, Tim at the summit 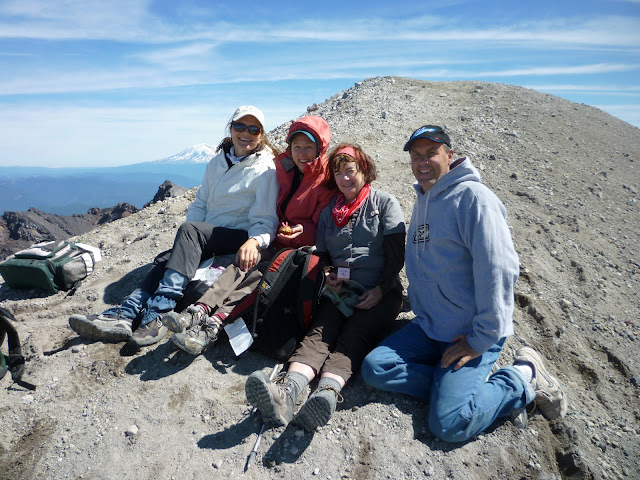 Posted by Suzanne Bubnash at 4:20 PM