I couldn't leave Slovakia behind on this blog without talking about the Skansen, or open-air museum, in Humenne.

A little more than generation ago it was realized that the traditional Slovak way of life had all but vanished. Before it was too late, preservationists established a museum where surviving examples of traditional buildings could be displayed. The buildings come from around the eastern part of the country and are representative of that whole area. The "crown jewel" is St. Michael the Archangel Byzantine Catholic Church, a wooden church built 1754 in Novy Sedlica. 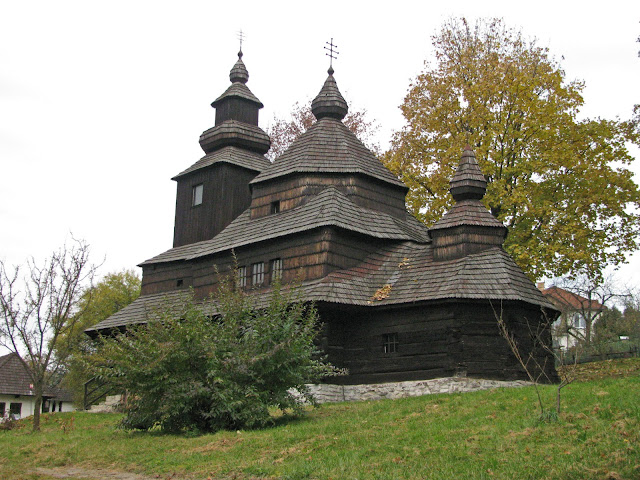 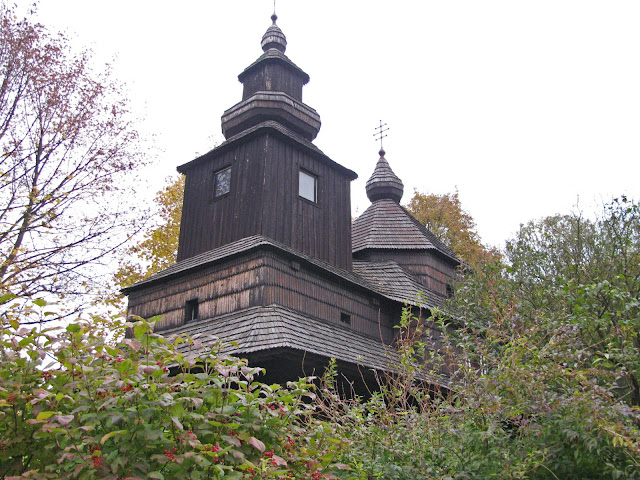 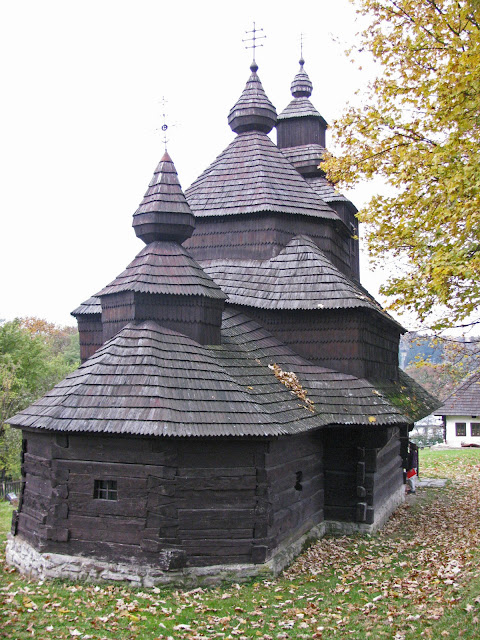 Wooden churches were the earthy, humble vehicle for Ruthenian worship. Most Ruthenians (Carpatho-Rusyn) were shepherd-farmers who lived in remote hamlets in the Carpathian Mountains. They grew flax for linen cloth then intricately embroidered it, lived on a meager diet of coarse bread and a little meat, roots and tubers, hazelnuts and berries, did their farm work completely by hand, and didn't live long due to a harsh existence and frequent epidemics.

Inside the church was a loft for the women. Men stood on the main floor. There were no chairs or pews. The iconostasis is a screen that separated people from the altar, symbolic of the separation between God and man. Since man is unworthy to be in the presence of God, the only person who can enter the golden doors is the priest, who acts as intermediary. The icons taught the scriptures to illiterate peasants. The vibrant colors in the icons reflect the natural outdoors. 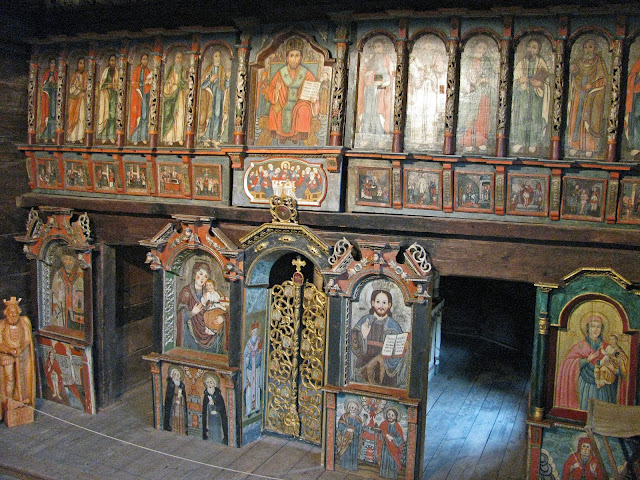 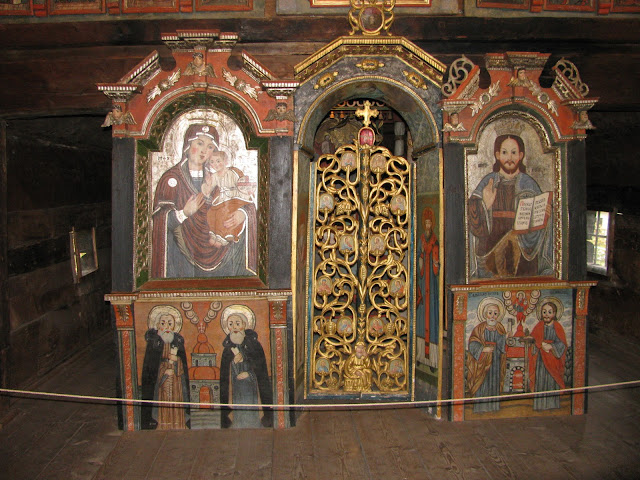 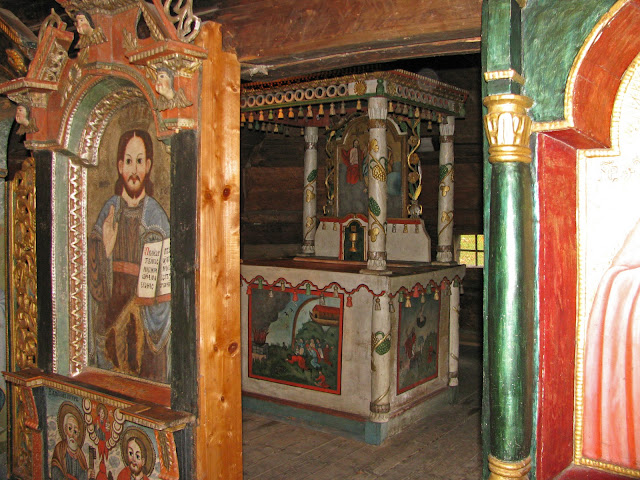 a peek at the altar

The Byzantine Catholic Church separated from the Greek Orthodox Church about 300 years ago. The Byzantines follow the Pope in Rome, not the Patriarch in Constantinople. The liturgy has an exotic eastern feel to it; there is no Latin to be heard. Old Church Slavonic is chanted by the priest, the cantor and the worshipers. Priests are usually married with families outside the US.

I've seen other wooden churches around the countryside but have only been inside this one. More than anything in this part of the world, these aging churches emanate the humble, earthy character and spirit of the Ruthenian culture.  I hope this one will last many more years to be appreciated by future generations.