What is a Hungarian?

When Craig and I were in Budapest in October, as usual when in a foreign place we paid careful attention to the people we saw. We like to analyze what makes up an ethnicity or a nationality. Every culture has its "riches and vibes." After a half a day of wandering the streets of Budapest, Craig asked me, "What is a Hungarian?"  My answer is, that they look like Americans, only not so many blonds. And by that I mean two things: that most everyone I saw would not stand out on the streets of America, and that the Hungarians are a blend of about every ethnicity you can think of, as are we.

This isn't surprising given Hungary's geography. The country is located on a broad plain making for easy transversing. Central Europe's major river (Danube) bisects the country. Hungary is on the way to somewhere else, no matter which direction you are going. Traveling through this area was easy given the topography and the river, so the country was a crossroads but also easily invaded. After we left Budapest we read in a guidebook that the DNA of the Hungarian people is the most diverse of any nation.

I don't have any good photos of the people of Hungary but here are some of the city we took while walking along the Danube at dusk. 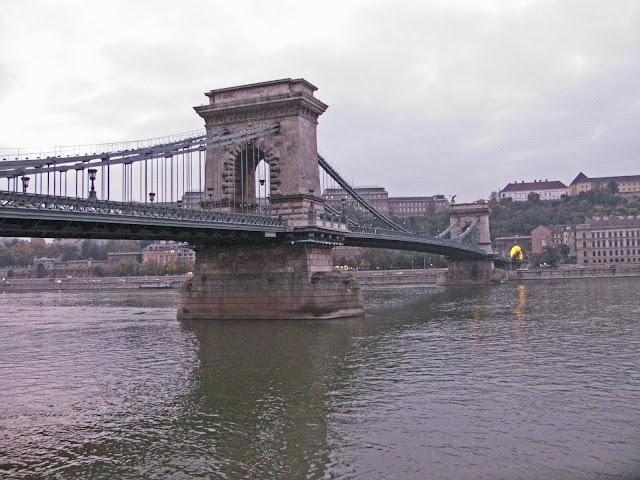 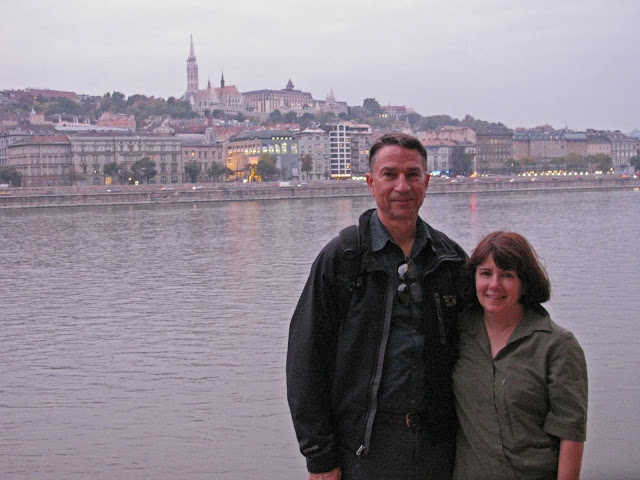 the banks of the Danube 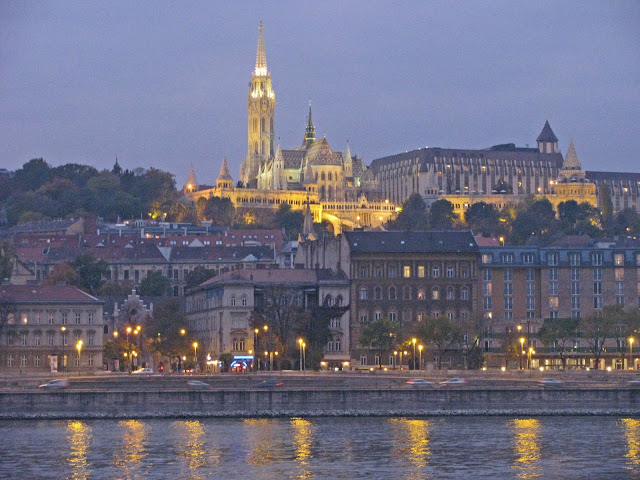 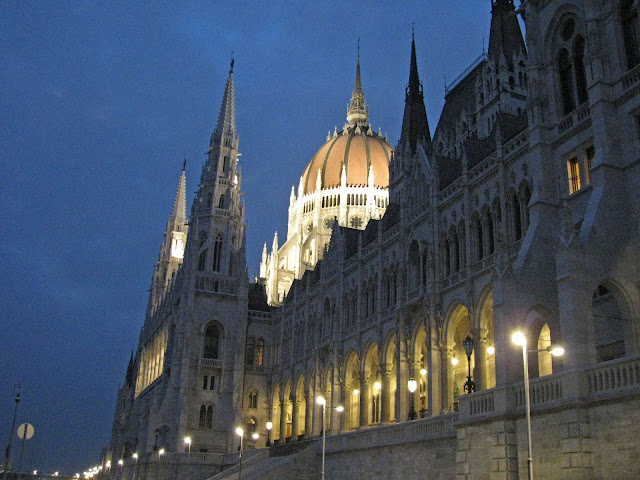 the Parliament House
Posted by Suzanne Bubnash at 6:00 AM