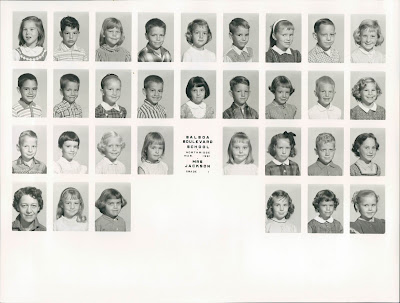 1950s and 60s Southern California's San Fernando Valley was pretty much a white bread culture.  Our neighborhoods and schools, unlike my children's now, were not filled with bright Vietnamese--Koreans-- Indians or with Somali refugees escaping unspeakable horrors.  There was a thimble-full of immigrant families in our area: 1 Finnish, 2 from India, and a girl from Japan in my 4th grade class.

There were a few of us though, with complicated names inherited from immigrant grandparents.  No one had ever heard the surname Bubnash.  No one could pronounce it right on the first try.  Or the second.   Or the third.   Same for my friends surnamed Letizia, Muchowski, Shusett, Milkovich.  I envied all the Wilsons and Rowes and Meyers and Rogers and Sims with plainer English names.

Pennsylvania is an entirely different story.  The draw of industry and coal mining around the turn of the 20th century attracted hundreds of thousands of Eastern and Southern European families with tongue-twister names. 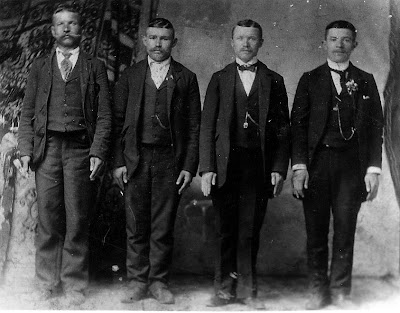 George, John, Andrew, Michael Bubnas
Pennsylvania 1900
Because my Dad is from deeply ethnic PA I know a lot of people there, so I scan the newspaper and obituaries online to keep up with events.  And the most amazing surnames pop out, and I love every one of them.  No plain vanilla names allowed here.   These are Starbuck's Cinnamon Dolce Crème Frappuccino names, with creamy milk, sweet cinnamon flavored syrup with the homey flavors of butter and brown sugar  topped with sweetened whipped cream and cinnamon sprinkles!