A Community of Sisters, or, Me and the FBI Rap Sheet 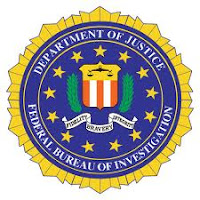 If you are one of those unlucky people with a common name you’ll relate to this post.  A person named Suzanne Walker is not as inconvenienced as my friends John Smith, Cathy Jones, Ryan White, and Bill Young, yet my name is ordinary enough to create occasional hassles.

Suzanne Walker of Boston, whose email address includes a dot where mine does not, has been forced to accidentally read some very boring emails meant for me.  We’ll never meet.  I may never know the SW who once went to the same eye doc as me, or the one whose hospital records at St. Vincent’s were mixed up with mine, or the one who my cousin accidentally phoned, instead of me.  Might they all be the same Suzanne Walker??

From the “holds” section of Cedar Mill Library I nearly took home Faceless Killers by Henning Mankell, until I noticed that book was waiting for Suzanne Lynn Walker, not Suzanne Bubnash Walker.  Yikes I thought, who is this woman and why is she reading such distasteful books?  At home I looked up the review to better help me judge my “double,” and it turns out this is a Kurt Wallender mystery.  I’ve liked the Kurt Wallender episodes shown on PBS and am thinking now that Suzanne Lynn doesn’t have such evil taste in books after all.

The most serious issue I’ve experienced with my common name was finding myself on the FBI Rap Sheet for the State of Oregon back in 2000!  No, I was not out embezzling funds or selling crack on a Portland street corner.  But someone named Suzanne Walker was doing that, or something equally heinous.  I applied for a job with the 2000 Census, passed the test at 100%, then sat back and waited for the magic phone call.  After a few weeks of nothing, I called the local Census office to investigate.  The woman looked me up, then said, “We can’t hire you because your name is on the FBI Rap Sheet in the State of Oregon.”  What the ??? 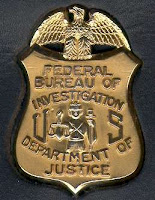 A frustrating conversation ensued in which I found out several disconcerting pieces of information.  First, the government uses three criteria to identify a person: name, birth-date, Social Security number.  If two out of the three match, you are assumed to be that person.  So either someone hijacked my name and one of those other two identifiers, or there was a Suzanne Walker out there who happened to have my birth-date, or a SW stole my SSN.  I was branded a criminal and barred from working for the Census.

Second, you can do nothing about this.  When I called the Washington DC Census office to discuss it, the worker was sorry, but because of the ID match, I was out of luck jobwise.  It was cast in concrete.  It was like being on the no-fly list.  Worse, when I requested details about this other SW so I could further investigate, he could not divulge anything because her privacy must be protected.  So the other SW could do anything she wanted to ruin my life, and the US government is happy to let that happen.

The happy ending is that in 2009 the Census did hire me, and I have no idea how my record was cleared.
Posted by Suzanne Bubnash at 6:00 AM