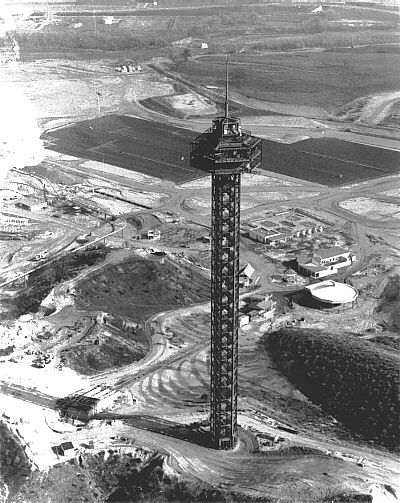 Reminiscing about my clown job at Magic Mountain (MM) brought back a few more memories. The park itself was built on the golden oak-dotted hills that once belonged to the Newhall family. Their homestead built in the 1860s was located just west of Magic until it was moved to Heritage Junction in Newhall, to make way for future development. Going further back in history, Magic was built on the old Rancho San Francisco, a land grant given when Spain, and then Mexico, still ruled what is now California. The Estancia de San Francisco Xavier (mission) was built out here in 1804. Until about 1970 you could still spot the ruins of the old adobe house. That was a lovely area for horseback riding.

Magic has come a long way from when the premium rides had names like Billy the Squid, El Bumpo, and Galaxy. Now it's Dive Devil, Apocalypse, Scream, and Ninja! 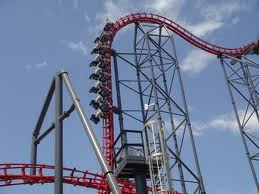 In the early days the staff was stretched thin to accommodate the park's tight budget. My little brother David (also an employee) and his friends took advantage of the inadequate staff in a wicked way. For instance, after work they would all pile onto the Log Jammer ride that sailed where it couldn't be seen by any staff. One of them would jump out and hide in the bushes, and when their log returned to the station, the rest of them would be hysterically wailing about their friend who fell out and got run over by the log, or drowned. One night they boarded the Monorail ride to find no staff monitoring it, a perfect time to use the PA system to make bizarre announcements such as detailing gruesome deaths in the park (up until then there hadn't even been any at all). I don't know the half of what other mayhem they committed.

An office called Cash Control picked up $$ several times a day from all the cash venues.The guys were a lot of fun. One year they came up with a contest called Miss Cash Control. The grand prize winner got a free dinner with her favorite Cash Control guy. I came in second so missed out on the dinner, which was just as well. I'd rather not be in the 'spotlight,' yet it was fun to be in the running.

On busy nights when work ended very late it was hard to unwind; some of us would stop at Tiny Naylors for a burger or a sundae. But my favorites nights were trips to the haunted Chinese Graveyard out in San Francisquito Canyon in Saugus. Out in the canyon we parked on the east side of the road. We hiked across the dry riverbed about a quarter mile, then climbed another quarter mile up to the top of the hill to the graveyard. At 1 a.m. it was dark and peaceful on that hill. Sometimes we brought a newbie out with us and scared the daylights out of them by tossing pebbles into the bushes. When it's so quiet, just that slight rustle in a cemetery is creepy.

Those sure were fun times! 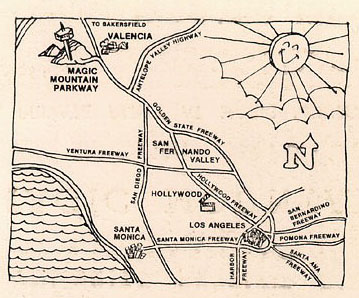