MHT's father and grandfather worked on the railroad. I'm not sure of his father's job description, but the family moved up and down the railroad line in the 1860s-70s-80s. Some of MHT's siblings were born in other SE Vermont towns such as Putney, East Dummerston, and South Vernon, which was the main railroad junction in the area. The curious thing about South Vernon is that it straddled the state line between Vermont and Massachusetts. His two youngest siblings actually show up in both state's records. Perhaps the family moved to a house across the road, putting themselves in the neighboring state.

MHT attended high school at the Bernardston Academy in Massachusetts. He left there to become a railroad brakeman, one of the most dangerous jobs around. In those days brakemen rode atop the caboose where the wheel-brake had to be manually turned. Many a brakeman was knocked off by low bridges or lurching train cars. As the story goes, he was injured on the job, and during his recuperation worked in the railroad office where he learned the skill of telegraphy. And telegraphy became his life's work.

About 1880 MHT began work as a telegrapher in Greenfield Massachusetts, then in Boston. By 1884 he was working in New York for Western Union, and at some point moved to the New York office of the Boston Globe Newspaper. By the time of his death in 1901 he ran the night-wire service for that paper. And he was known as one of the country's fastest telegraphers. 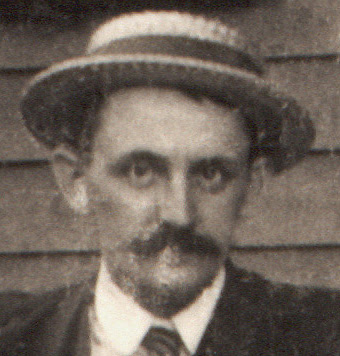 Mary Catharine Sullivan was also born in Brattleboro to Irish immigrant parents, Cornelius O'Sullivan and Catharine Cavanaugh, on 13 February 1862. Her family lived in the Irish patch on upper Elliot Street, then in 1870 bought a small two-level house on Clark Street that still stands. The backyard had a small apple orchard. Some of the Sullivan relatives also lived on Clark St.

When Mary was 15 her father was run over on the train tracks north of Brattleboro. I can imagine the horror and distress of his broken self being carried home to die.

Mary and MHT attended some of the same Brattleboro schools during their early years, but once his family moved to South Vernon I don't know how often they saw each other. After he began his career as a telegrapher in distant cities, I wonder how often he got back to Brattleboro for visits. And I wish I knew at what point they began courting and decided to marry.

At St. Michael's Catholic Church in on 1 September 1885, she and MHT were married. Mary left her job at a local Brattleboro business, Leonard and Roess Cigar Shop, whose employees gifted the happy couple with a china tea set. They honeymooned in Boston, then moved to Brooklyn New York. Mary returned to Brattleboro to have her first two children, Kitty (1886) and Harry (1888); the other six were born in Brooklyn--Ed, Gert, Frank, Alice, Marian, Charles.  The family bought a house in the Bay Ridge section in the 1890s. They were able to afford music lessons and other niceties. Harry and Charlie both died as toddlers.

MHT's early death on 26 December 1901 at age 40 had far-reaching effects. Some family members suspect MHT had debts to pay off from stock market losses. The newly-impoverished widow went to work as a nurse. My grandmother Alice and her sister Marian were sent to live with MHT's mother, further east in Brooklyn. Frank was sent to St. John's Boys Home. The family was able to keep their house; in the late 19-teens they moved into a Brooklyn apartment.

Two months before her death in 1930, Mary had retired, was living with her youngest daughter who probably helped pay the $50/month rent on their Brooklyn apartment. They owned a radio according to the US Census. She is buried in Holy Cross Cemetery in Brooklyn next to Harry and Charlie. 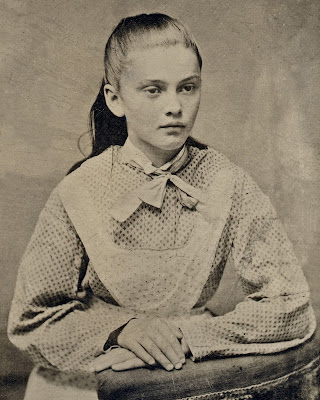 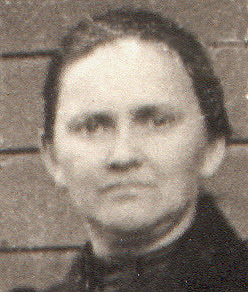 Posted by Suzanne Bubnash at 7:50 PM