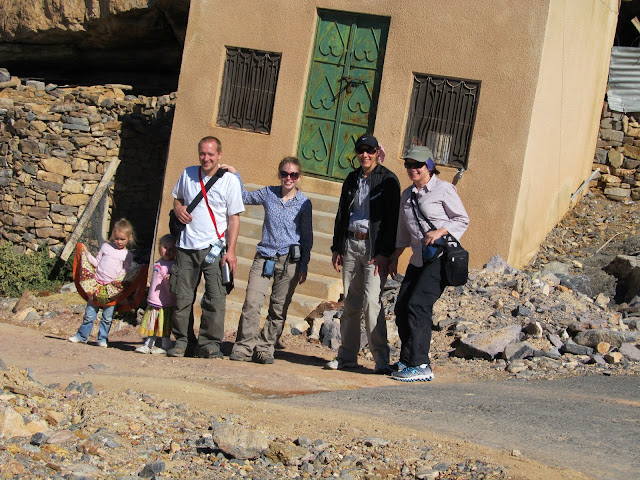 We took a scenic trek through three villages that cling to the mountainside on Jebel Akhtar.  Six-year-old Meme' and three-year-old Majd trudged along with the rest of us without ever fussing--they're nimble hikers! 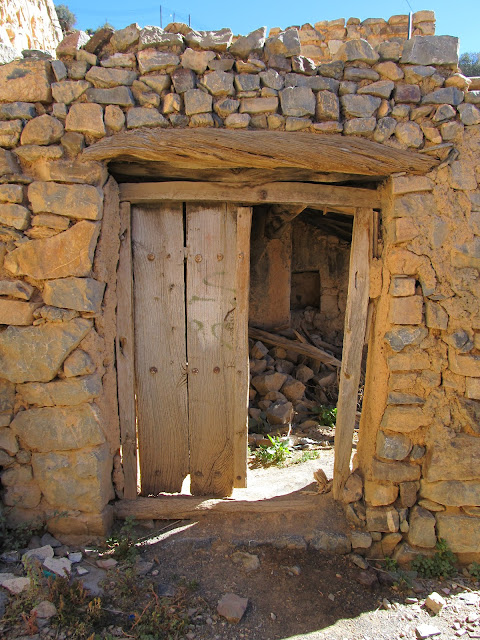 Older buildings are of clayish brick chinked with mud. They appear ancient but so would any building built of clay and mud--I don't think they are particularly old. 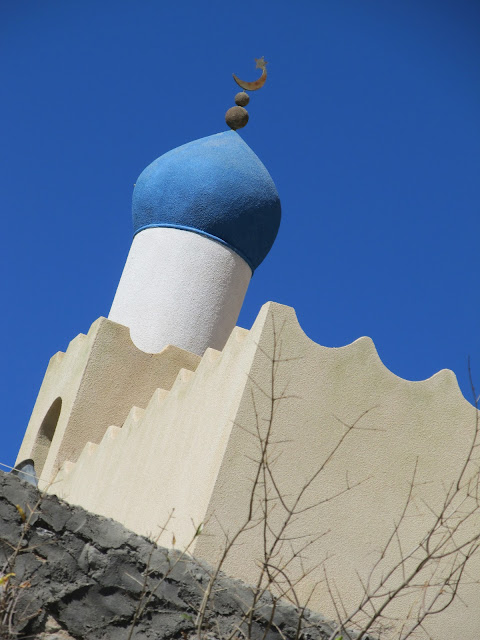 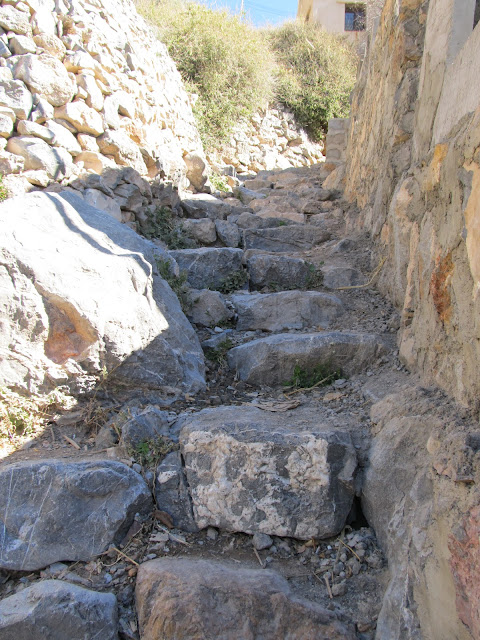 A sample of the hundreds of stairs along the trail. 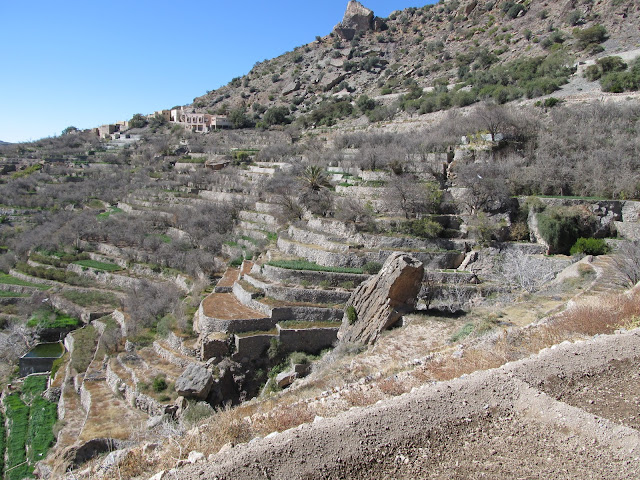 Villagers have terraced plots of land out of the mountainside for their many fruit trees and vegetables. This hillside will be lush and beautiful come spring. 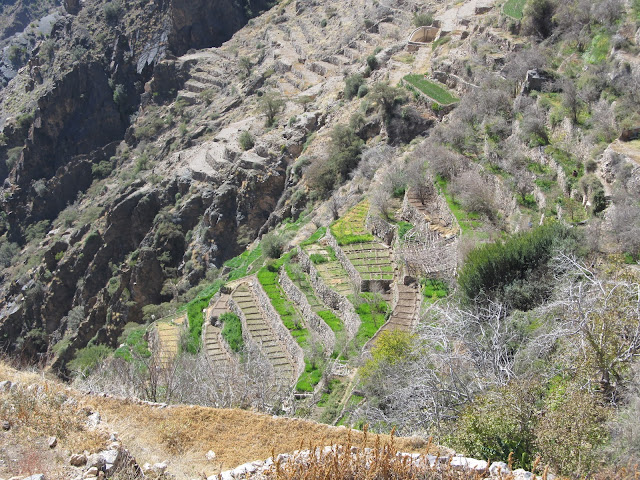 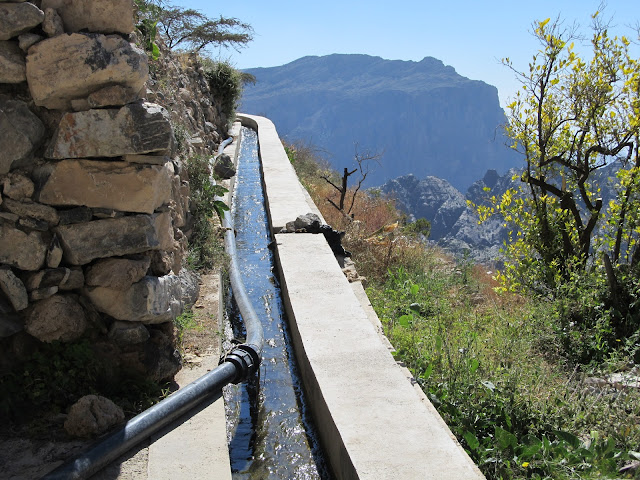 Irrigation ditches thread their way between the plots. 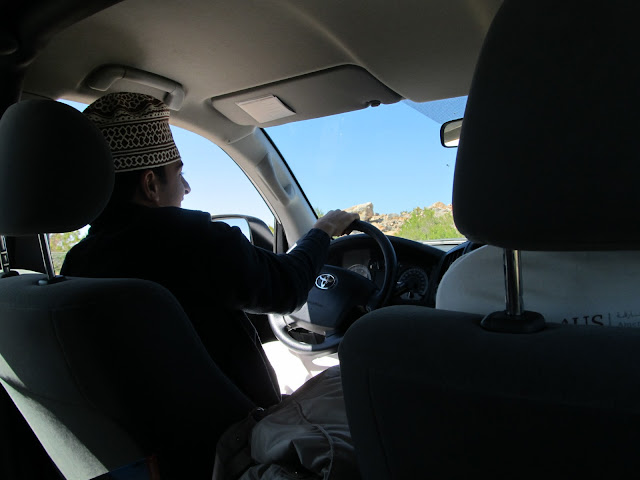 When we reached the top of the trail an Omani fellow kindly called up his brother to drive us back to our car. 15 minutes later he was inviting us to his home for tea. We had to decline, but he promised to visit the Palmers when he comes to UAE. 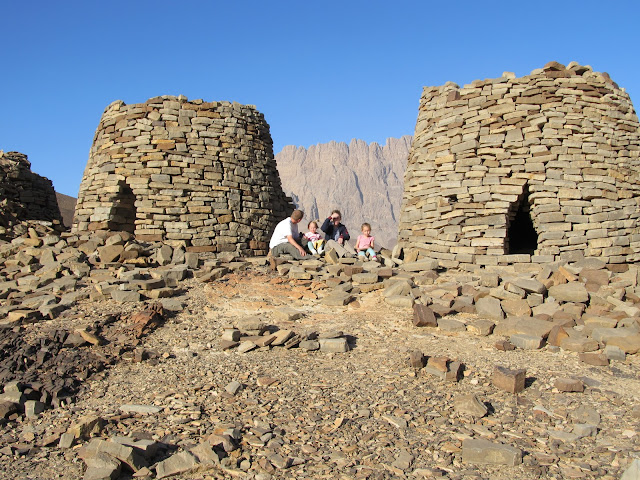 On the way home we stopped at these Beehive tombs which are thousands of years old. No one is sure who built them. Sorry I don't have a better photo of the setting because it is absolutely stunning--sheer towering mountains on several sides, a rocky wide wadi on another.
Posted by Suzanne Bubnash at 9:14 AM