My paternal grandparents had an arranged marriage--how many reading this can say their grandparents married for that reason? They were both fresh off the boat and the marriage tradition was carried from the old country.

They were married July 20, 1912 in the Byzantine Catholic Church in Clairton, Pennsylvania. They had no money for a wedding picture. Here is their earliest family photo, taken probably February 1917. My Grandpa is John Bubnash, a coal miner from Slovakia. Baba's name is Suzanna Csorney-Maczko. The 2 children on the left are their nieces. Uncle John is on Grandpa's lap and Aunt Mary is in front of Baba: 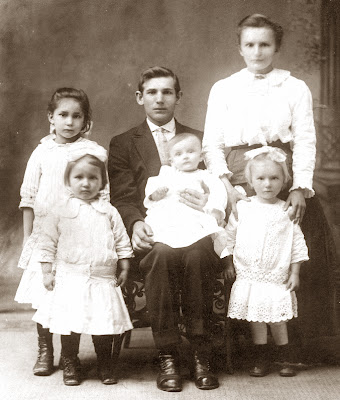 Forward 50 years. The entire family met at my Grandparents' home in Perryopolis, Pennsylvania, on July 20, 1962. I'm so pleased our extended family  made the effort to do this. We bonded and created memories for a lifetime. 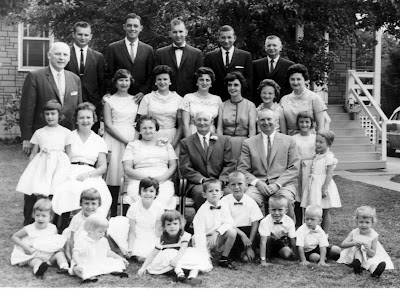 [those in red are my Grandparents' children] 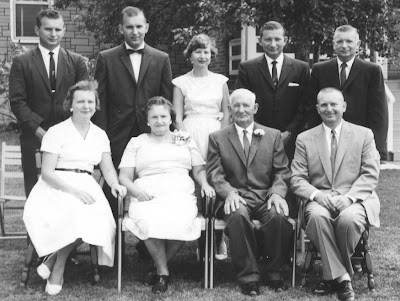 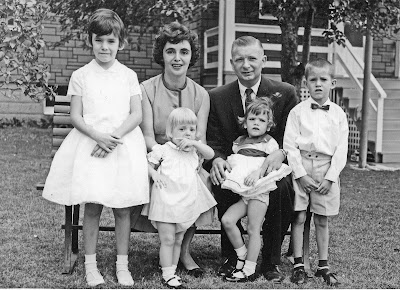 You can't tell from the photos, but my Grandpa was crippled. He was in a horrible accident in the coal mine at Rowes Run, in 1951, and never walked on his own again. In fact, this celebration was nearly cancelled as he had a serious case of pneumonia and the doctor wasn't sure Grandpa would survive it. He did, and lived 4 more years. Baba lived 34 more years!

On July 31, 1962 we headed home, another four-and-a-half day trip in the car. The trip west did not stay with me. We were tired and worn out, anxious to get home. We made it without any mishap at all.