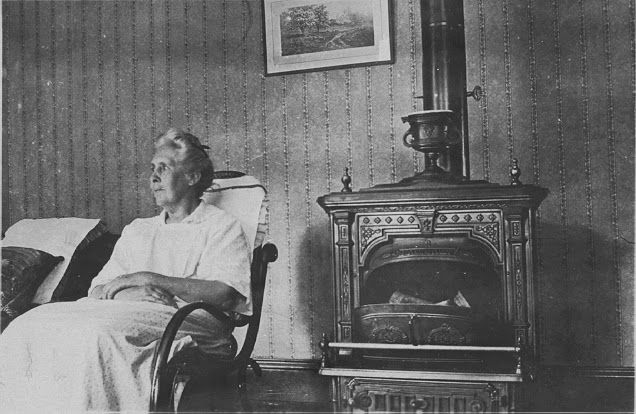 For decades I have been involved in a volunteer project created and sponsored by the Church of Jesus Christ of Latter-day Saints, called Indexing. It is the method and means by which billions of family history-related records have been posted online at https://familysearch.org (and other sites as well) in a searchable format for anyone-anywhere-anytime to access for the purpose of discovering or expanding their family roots.

Back in the 1980s we Indexing volunteers were given thick packets of xeroxed records taken from LDS Church Archives, most of them records of ordinances performed in the past 100 years. We recorded the names, dates and places onto large index cards, then turned back the packets and completed cards to the administrator. He or she then gave the same packet to another volunteer who recorded the same data onto a separate set of cards, and subsequently an arbitrator compared the two sets of cards to check for discrepancies, and fixed those.

Twice during this early stage of Indexing I ran across people I knew in the old records. One was a mention of an elderly woman I had known when we lived in Idaho. But the other was . . . a record of the adoption of a man I knew in my current ward. I had no idea he was adopted because he looks just like his father. I called my administrator because it was such a personal bit of info and I knew it could never be mentioned to anyone else. She had seen that record while reviewing the packet before handing it out and said, "That's why I gave this one to you, because I knew you would never repeat it."

Gradually over the years Indexing matured into the computer age. Rather than fat packets of paper we indexers looked at microfilmed records which we then recorded onto the index cards. Then someone else recorded those onto the computer and arbitrated them. My interest was always the challenge of working from the original records on microfilm. My favorite project was the two years I spent decoding Ellis Island immigration records in the mid-90s. Perhaps because one set of my grandparents were immigrants, I loved poring over the Hungarian, Italian, Croatian, etc. names of folks who entrusted their lives and future into the hands of the good ol' USA. The handwriting was tough to read and there were times when 4 or 5 volunteers stood around a microfilmed image doing their best to figure out the letters, so the record would appear properly in the index. That was of utmost importance. Ellis Island records have now for years been posted at http://www.ellisisland.org. 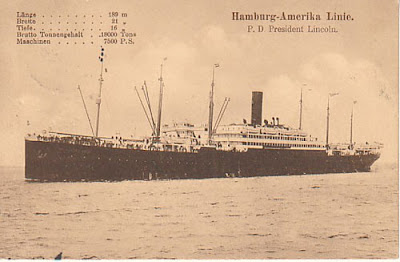 a typical immigrant ship of the early 1900s; this one happens to be the ship that carried my Baba to the US in 1911

For some years now Indexing has been done entirely on computer from home. I now download a "batch" from a menu of about 30 choices in various languages, then either do the original indexing, or arbitrate a batch where there are discrepancies on which my opinion is the final word. My favorites are the Hungarian records, though I've interpreted thousands of birth, marriage, death and census records in English, Slovak, and German.

In 2012 the big push was to index the 1940 Census which was released on April 1 last year. A couple hundred thousand Indexers participated and the entire project was done in just a few months time!!   One day I chose a batch of 1940 Montana Census and once again, ran across people I knew. When I was 10 years old my very first baby-sitting job was for children of our neighbors, Bruce and Joanne, who lived on my street in California. Well there in front of me on the 1940 was Bruce as an 8-year-old child with his parents and siblings. In my early 20s I had been an neighbor of Bruce's mother Claire, and her second husband, Clarence. Boy, did that Census record bring back sweet memories of great people. 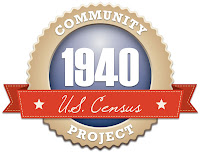 What brings me to this post is the Hungarian death records I've been working on. They range from the time period of late 1800s to about the mid-1950s, and when I download a batch I never know ahead of time what year they will be. Lately they've been late 1940s or into 1950. And I've been moved to see that after World War 2, Hungarian towns and villages made an effort to record World War 2 era deaths in their local records, even if the deaths occurred elsewhere. Two categories pop out: 1. those who were killed during the war, mostly soldiers, mainly in Russia, and 2. Holocaust victims who died in concentration camps.

Yesterday I found an entire family recorded in the death records on May 23, 1950. They died together in Auschwitz on July 15, 1944:

The tragedy of the war and Holocaust intensifies when you see entire families wiped out for no reason at all, except that they were Jews in Hitler's way. 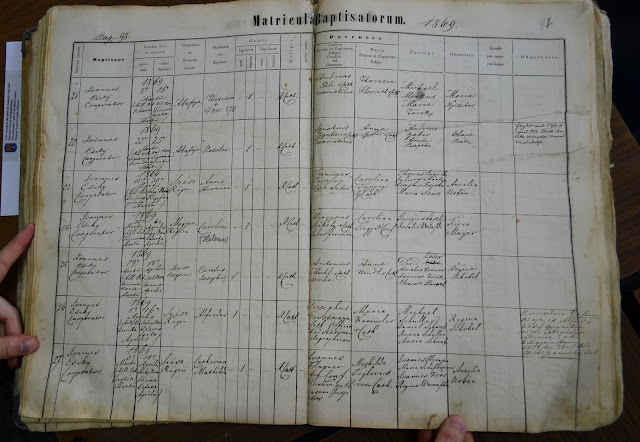 a sample register; this one is easy reading

NOTE: Anyone can participate in Indexing from any computer, anywhere, anytime. Projects are rated according to ease of use (1 or 2 for beginners, 3-4 average, 5 is for experienced Indexers) and you can begin by registering at www.familysearch.org. And, you can  browse Family Search right this minute for records already indexed by volunteers, and posted  FOR FREE!

Posted by Suzanne Bubnash at 2:15 PM