The Last Frontier: the Interior 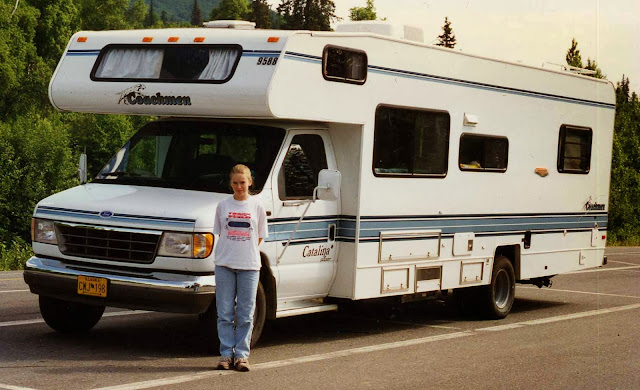 first day of our adventure

Our best family vacation EVER, was the 3 weeks we spent in Alaska in the summer of 1996. It was Craig's idea to use his month-long sabbatical on a journey to the far north, and he did all the work to create the ideal trip for 6 of us (Blair was serving his mission in Austria).

We flew to Anchorage to pick up an RV that was to be our home for the 10 days we explored Alaska's interior. That's the only way to get around in the oft-frozen frontier of Alaska's mountains and tundra. Traditional lodging can be many hundreds of miles apart. Alaska has created small paved lots adjacent to the two-lane highways that traverse the wilderness. Every time we pulled into one of those for the night, we had plenty of RV company. You wouldn't want to sleep outdoors with a flimsy piece of nylon between you and a furry grizzly mama, or an angry bull moose.

In spending 10 full days on the road we explored only a narrow slice of the state. It's that big. And land features are enormous. The rivers are miles wide, the mountains are counted in tens of thousands of feet, and the broad valleys could hold multiple sprawling metros side by side. We're among the lucky who happened to be looking in the right direction when the clouds parted and Denali made a rare appearance. We enjoyed our time from Anchorage to Fairbanks to Homer and places in between. 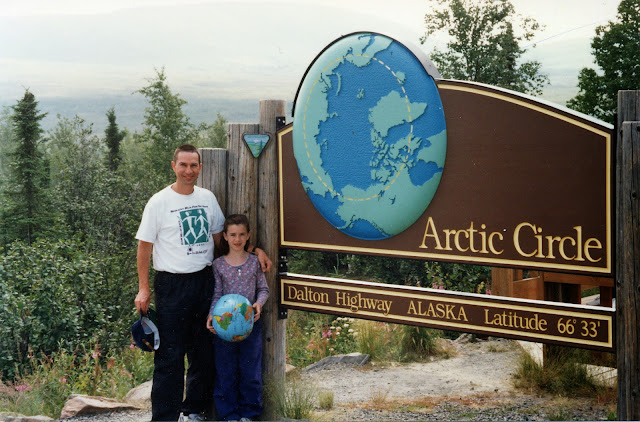 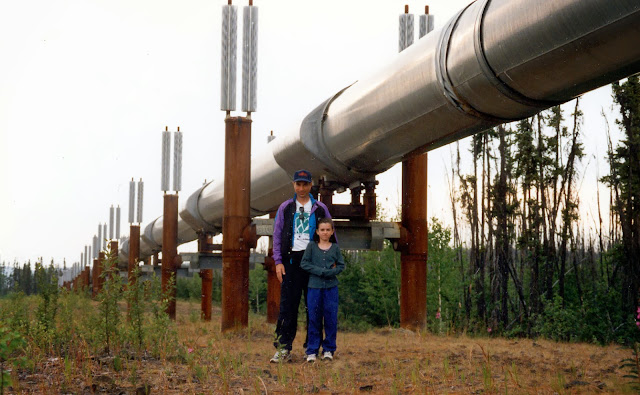 The highlights of Alaska's interior were: 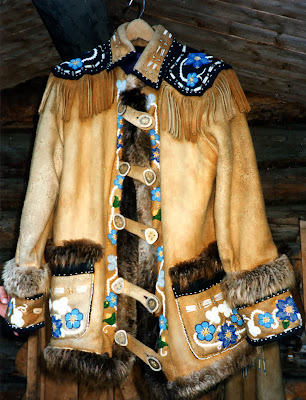 We stopped at a number of glaciers to stare at the bluest icy blue we had ever seen. Until we actually walked on a glacier I didn't know that the surface of a melting sheet of ice is reduced to sharp ridges, like razor blades. Yeah, we walked on a glacier and will never do again without proper equipment. It's extremely dangerous and the potential for loss of life is not small. One particular glacier was on private property. The dude charged us $10 to drive out to it, and said nothing about the risk. After Daniel cut up his knees from falling on the razor sharp slick ice, I knew it was time to vamoose.  Then I saw the sinkhole. Yeah, a hole in the ice big enough to fall into. You could hear the meltwater rushing underneath the glacier. One slip into that sinkhole and it would be ta-ta to you for a thousand years, Until the glacier melted up to where your body lodged. 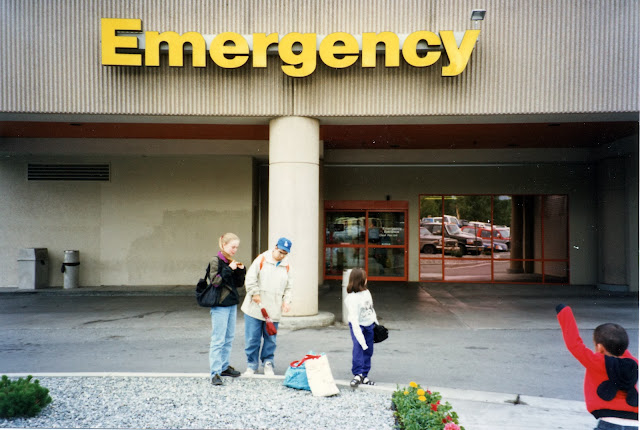 after the crisis we waited for a ride to the airport

Our last day in Anchorage didn't go well. We turned in the RV and intended to spend the day in downtown Anchorage until it was time for our flight to Juneau to begin Part 2 of our trip. But in the main square in downtown Anchorage Daniel had a seizure (he had been having mild ones on and off but we had not started him on medication yet (long story)). This one had the appearance of a grand mal. Kind people stepped up to help. We had no transportation, and even if we did wouldn't have known how to get to the hospital. Someone called 911 for us. A woman named Joy Haines sat with our upset girls, and then drove them and me to Alaska General behind the ambulance (Craig and Steven went in it w/ Daniel). The doc there conferred with Daniel's neurologist in Portland, and then dispensed seizure medicine. Only it was the wrong dose which we didn't know for three days, and that will figure in part 2 of this story . . .