The Bird-Man of Bethany Pond 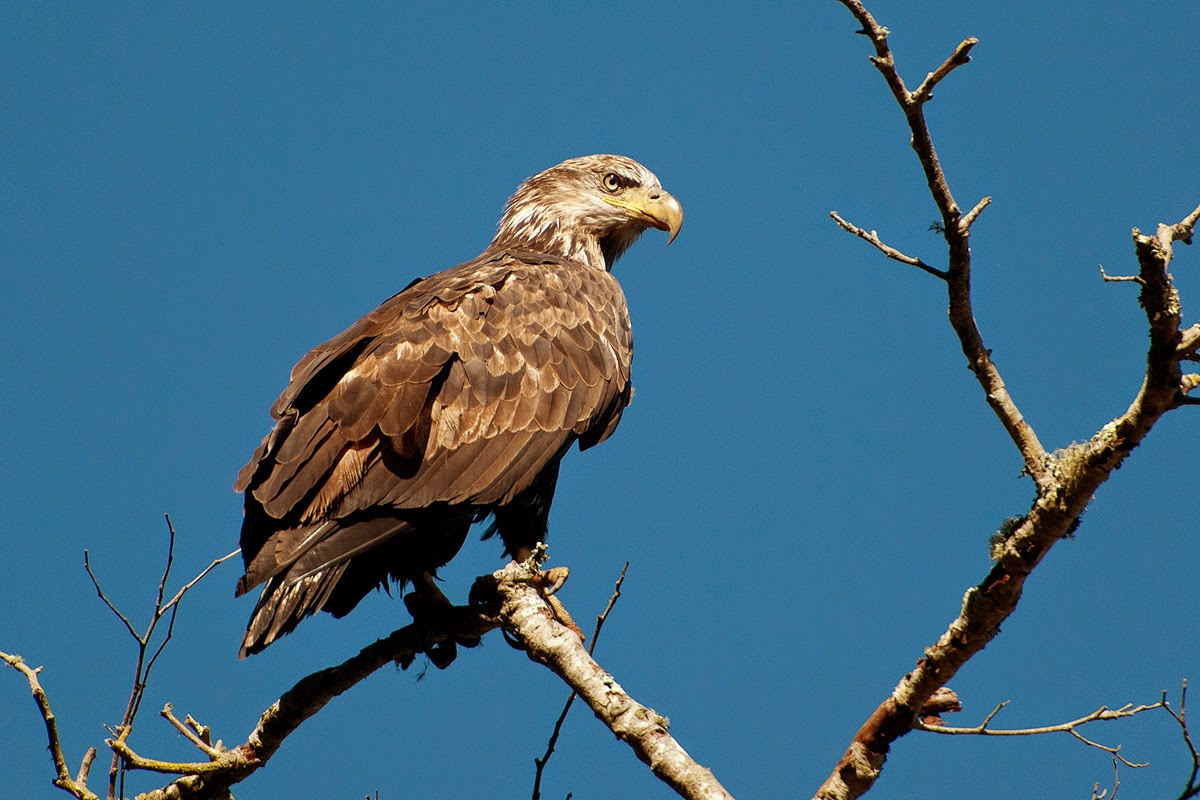 a fledgling bald eagle (not my photo)

Not long ago I noticed a gray-bearded outdoorsy-looking man staked out by the north parking lot of The Church of Jesus Christ of Latter-day Saints near Bethany Pond, about three miles from my house. He was there every time I passed and I took him for a photographer. He uses a tripod and has a camp chair to sit in when needed.

But no, he's not a photographer but a bird-watcher with a powerful scope, and his focus is a bald eagle nest containing a 115- day-old fledgling. Probably 99% of people (including me) would not know it is there, except you can't miss this wizened bird-watcher sharing his scope with others who have stopped by to see what he's looking at. He points out various interesting facts. For instance, I did not know that bald eagles don't get their white head until they are five years old.

This morning I watched "baby" bald eagle through the scope. He was relaxing part way down in a tree about 1/3 a mile away. Suddenly, his wings flew out and he took off. I stepped away from the scope and saw the fledgling being playfully pursued by 2 red-tailed hawks. The eagle alighted in a tree not very far away from us, near his nest.

The bird-man told Craig that the mother eagle flies over to the St. Johns area (over the mountains) to bring back fish from the Willamette River. Presumably that's where she was this morning as we didn't see her.

I love lots of things about this "event." First, bald eagles are alive and well. Wasn't it about 40 years ago they were nearly wiped out by pesticides? It has become close to routine to see bald eagles around our metro area. Second, they are living a short distance from my house! Third, bird-man cares enough to study them. Fourth--others take time to see and learn about these magnificent birds.

You can't see the nest in these photos, but it is barely left of center and just a little below horizontal center in this photo. The fledgling is sitting about 10 feet below the nest. Next time I stop by I'll ask bird-man how he discovered the nest in the first place. Inquiring minds seriously want to know. 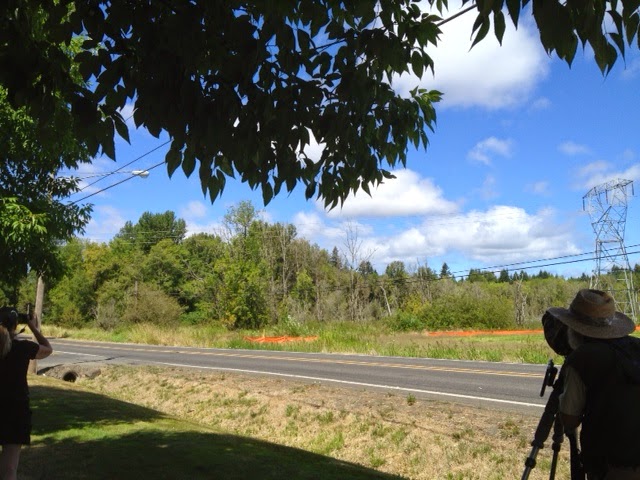 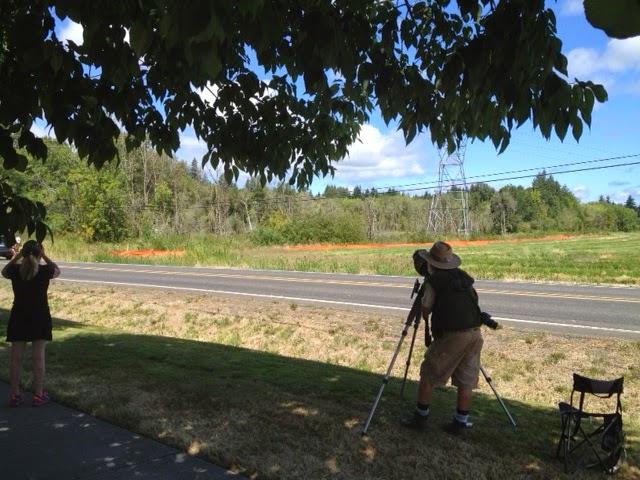 Posted by Suzanne Bubnash at 10:50 PM