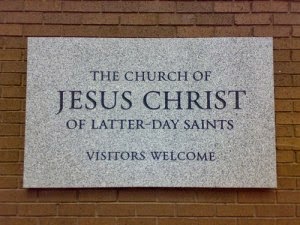 If you belong to the Church of Jesus Christ of Latter-day Saints and are older than say, 40, you may remember the good ol' days when we spent a lot more time at our church buildings than we do now.  Even if you think that's not humanly possible, it's the truth.  Read carefully, and you will appreciate our current system!

Before the miraculous "pruning of meetings" in March 1980, our meeting schedule went this way: 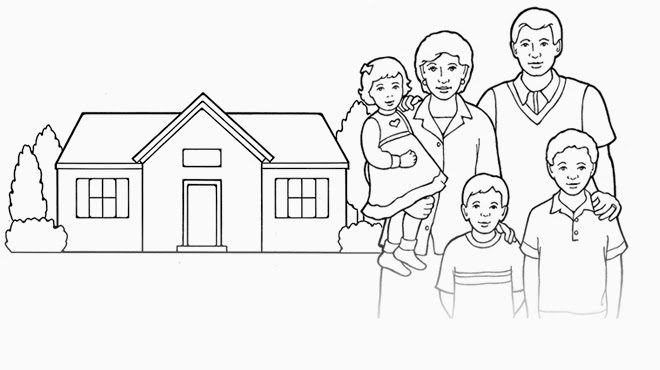 
Never resent or complain about the 3-hour block of Sabbath meetings!

Tuesday or Wednesday--Relief Society 9:30 a.m.--11 a.m. except first week of the month was homemaking meeting where a major project was completed from 9:00--1:00 and lunch was served.  Children were watched over in the nursery staffed by me.  By myself.

Also on Tuesday or Wednesday afternoon was Primary, about 3:00--4:30.  Children usually came straight from school.  As they trickled into the ward building, they were watched over by an unlucky person (me again) until Primary began.  If you've ever tried to manage 30 children between the ages of 3--11, you'll know how much "fun" I had and how much "non-quality time" they had.  My job was to keep them from being kidnapped or run over by a car while they waited for classes to begin.  They would have had a better experience locked in a padded cell until Primary time. 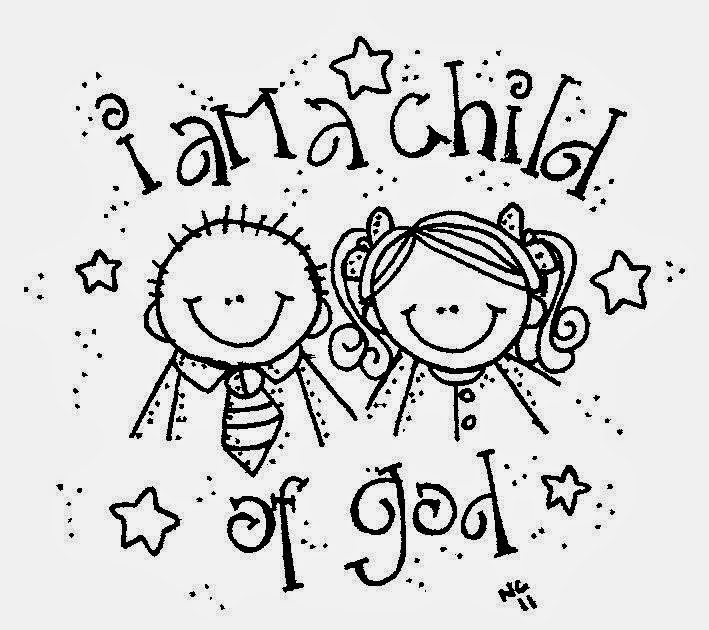 In addition to the above, there were presidency meetings, frequent socials, firesides, budget dinners, Scout auctions, and Relief Society bazaars.  I'll explain the unfamiliar and archaic of the above.

At budget dinners an inexpensive dinner was served (as in meatless soggy spaghetti--anemic iceberg lettuce salad--buttered Wonder Bread), the Bishop gave an inspirational talk, and people felt moved to commit an amount of money toward the operation of the ward.   Members now no longer pay into a ward budget; the Church supplies the money needed by local units, and bases the amount on Sacrament Meeting attendance.  Yay!

Similar to budget dinners was one I attended that was held to raise money to build the Boise Temple.  In the early 1980s the Boise Temple was announced--what a thrill!  At that time we traveled 5 hours one-way to attend the temple in Idaho Falls.  Each ward and stake was assessed a given amount of money to raise toward construction.  We were happy to give our part which was a big hunk of money we didn't have.  But then we had it.  I'm glad we sacrificed. 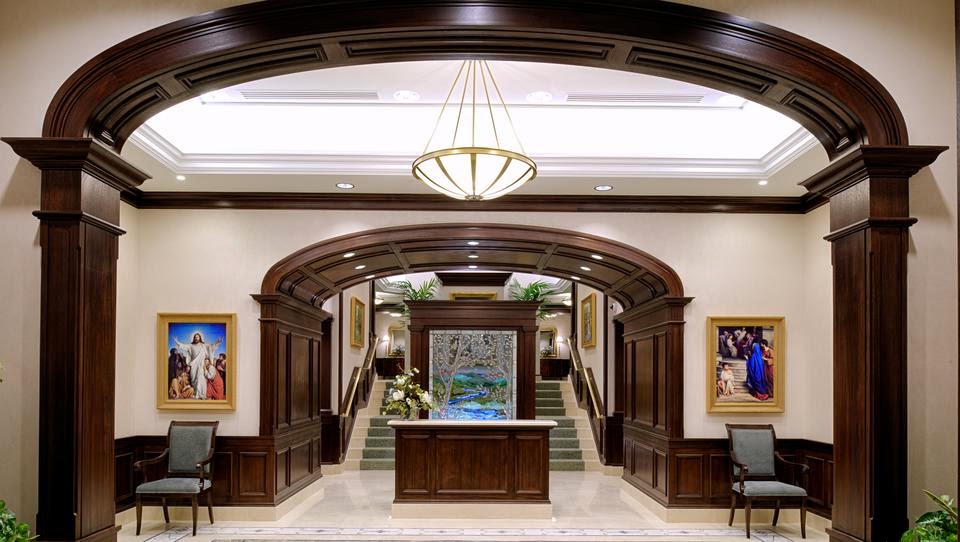 Scout auctions were held once a year to raise money for the local Boy Scouts of America program and camp fees.  People in the ward donated stuff or services, then bid for them.  We came home with some good stuff for not  a lot of money.  Flusher families willingly paid inflated prices for stuff, in the name of supporting the Scout program.  This practice was discontinued over 20 years ago, but I notice it has crept back in this year.  Our youth held an auction last month to raise money for summer camp.  It started out slow and then folks seemed to catch on that it was a money-raising affair, and bid generously and the youth came away with enough cash to pay for all their summer camp fees. 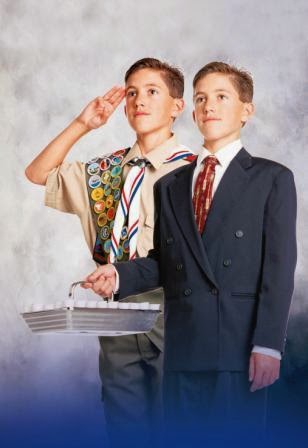 Relief Society bazaars were discontinued about the time I joined the Church 1972.  Apparently the sisters needed money but I don't know what for.  Women used to talk about the bazaars but I never personally attended one.  Methinks that purple glass grapes were popular items for sale at the bazaars.  You know, the ones you see at Deseret Industries for 25 cents. 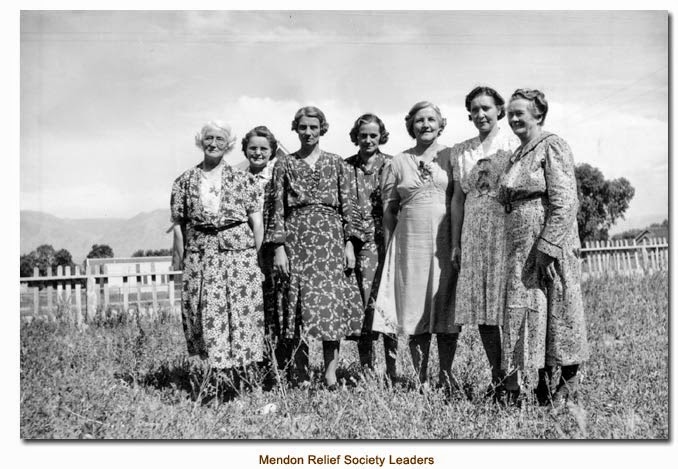 faithful Relief Society leaders back in the day

Meetings: Stake and Ward meetings were much more frequent  back in the day.  If you worked in a teaching organization such as Primary--Young Women--Relief Society--Sunday School, you had monthly (yes, monthly!) inservice meetings to learn how to be better teachers.  That was pared down to quarterly later, and organizations eventually combined their inservice meetings to minimize multiple people having to prepare a quarterly lesson.  Inservice was done away with a decade back.  As were prayer meetings that were held before sacrament meeting.

General Conference lasted 3 days instead of the current two, until the early 70s, and Stake Conferences were held quarterly rather than semi-annually as now.  If your stake was as spread out as our Mt. Whitney/Ridgecrest California Stake was, members from the far reaches travelled 3 or 4 hours to attend Stake meetings.  One-way.

Not covered above are important practices such as Home Teaching and Visiting Teaching, which we still faithfully perform today.  Most of us live in more compact wards now so travel is minimized;   there is no longer a physical barrier to completing our Home Teaching and Visiting Teaching!  There was a time (outside of Utah) that members traveled for hours every month to meet with their assigned families.

Ahhh, those were the days.

NOTE: Someone reminded me that I neglected to mention Seminary!   Outside of Utah, Seminary (religious instruction for high-schoolers) was held from 6:00-7:00 a.m. on school days.  That meant a lot of parents were getting out of bed at 5:30 a.m. to drive their teenagers to the ward building.  I'm sure those lucky enough to be close to a ward building praised the Lord daily for that sweet blessing.

Posted by Suzanne Bubnash at 6:55 PM

Labels: Faith, The Church of Jesus Christ of Latter-day Saints