I have been meaning to post my elementary school pictures for a while, so that my kids could see them.  It's kind of fun to look back to see if any of my grandchildren look like me.

Below the caption for each photo I've put where I am in very tiny print.

Kindergarten was spent at Langdon Avenue School, far from our house, far being 3 miles away on 2-lane roads that flooded when it rained.  There was no school bus, only a carpool with other families in the neighborhood.  Sometimes our group had to wait after school for our ride to show up, and we children did our best to get into trouble on those days.  The school was old, and next to it was an even older house that was abandoned.  It wasn't boarded up and we were convinced it was haunted by a witch.  The brave among took the dare to run through it.  One day we found a dead mouse in the bathtub.  We didn't go back after that. 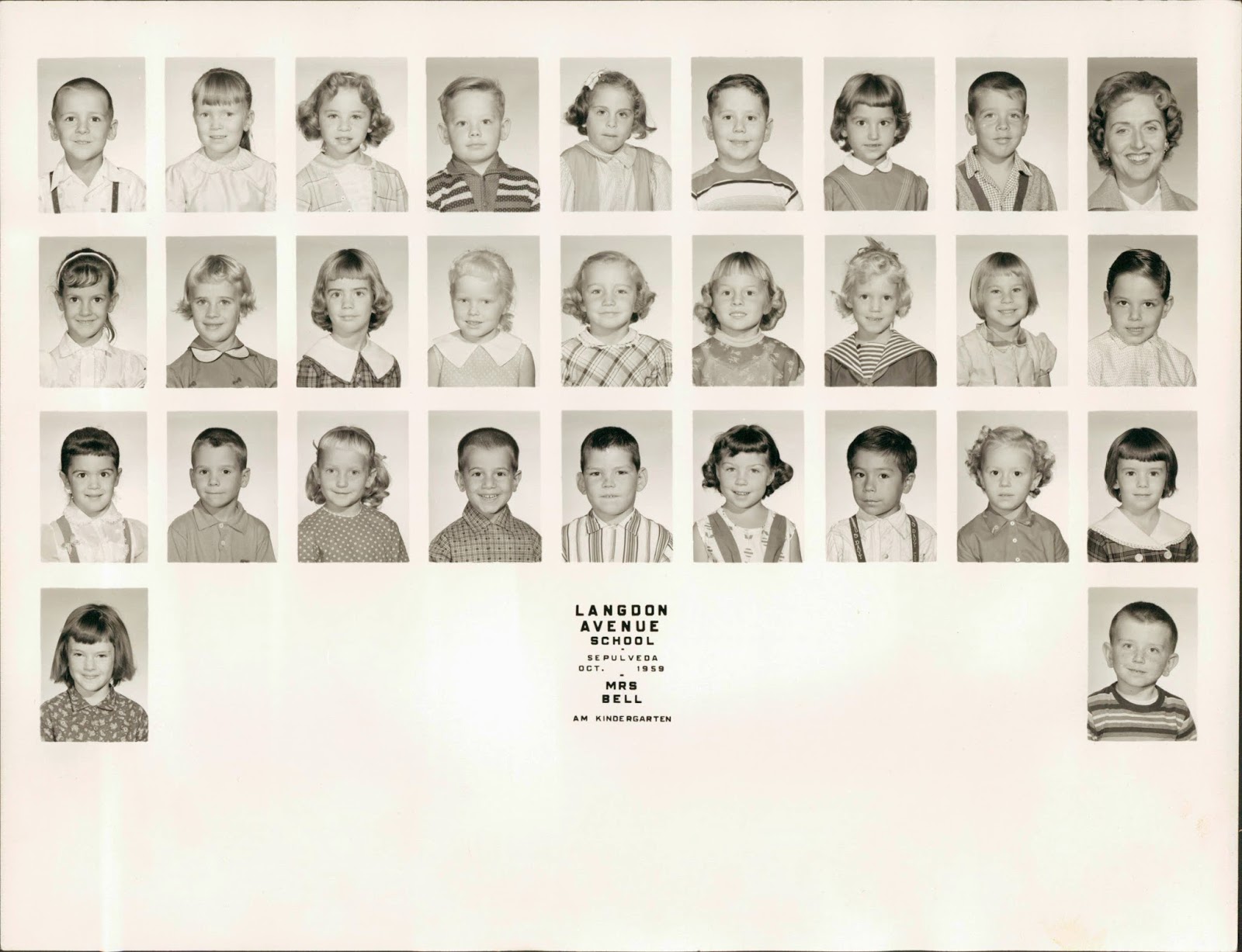 Brand new Balboa Blvd. School opened in the fall of 1960; that's where I attended first through sixth grades.   Our neighborhood road did not go through to the school so we caught a bus down on Havenhurst Ave. that first year.  After that we walked the half mile.

First grade: I was sick a lot during elementary, sometimes missing multiple weeks of class.  Mrs. Begly was actually the teacher I began first grade with, then got sick, and when I returned the school had moved me to Mrs. Jackson's class.  So I had 2 first days of first grade. 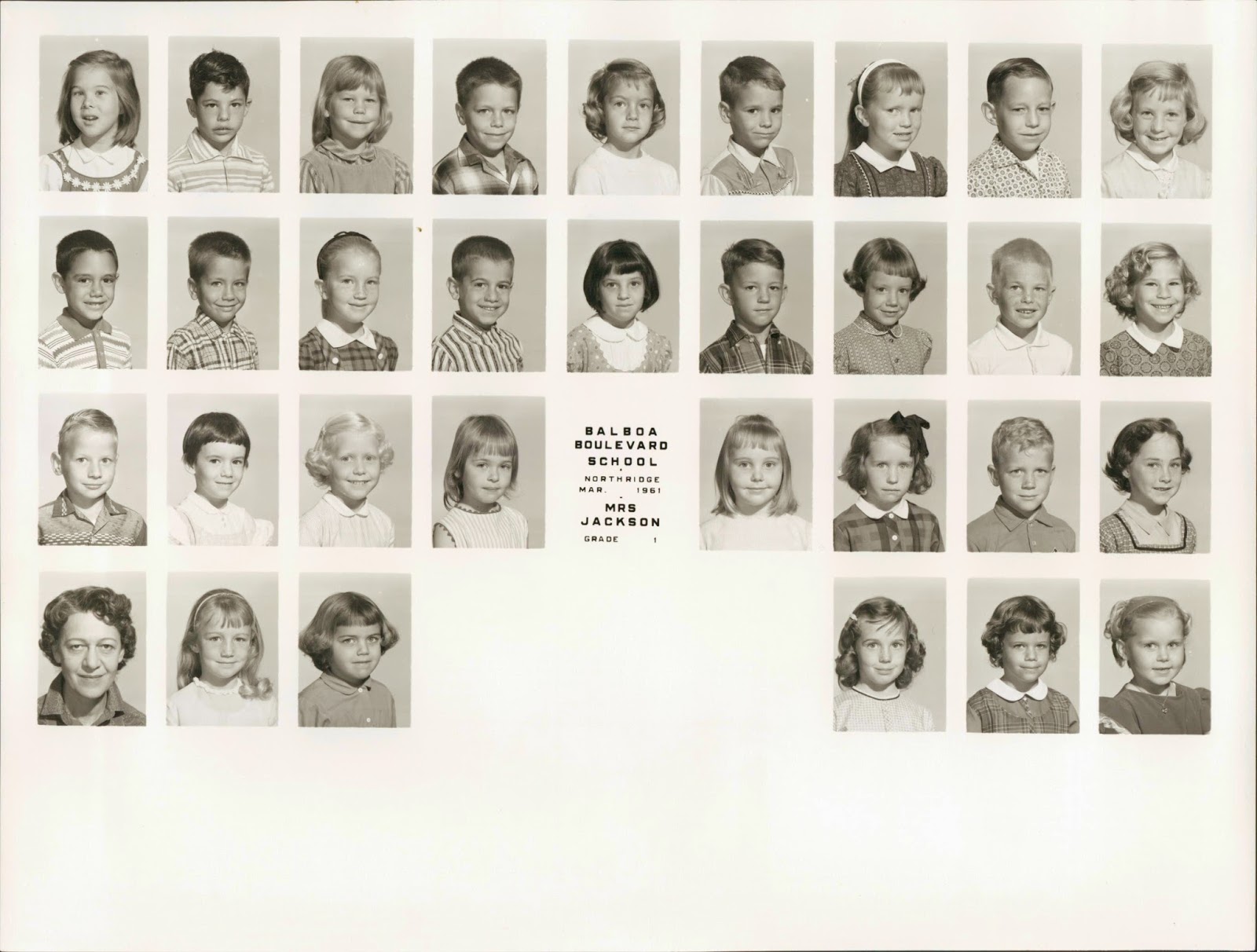 Second grade: Mr. Parmalee was big on spelling.  We had to learn long hard words, like the word responsibility, for example.  In second grade Jeff Harband (bottom row, center) stabbed my hand with a sharpened pencil.  Nothing was done.  Another boy whose name I forget used to punch me on the playground.  When I complained the duty teacher said, "that's how boys show they like you." 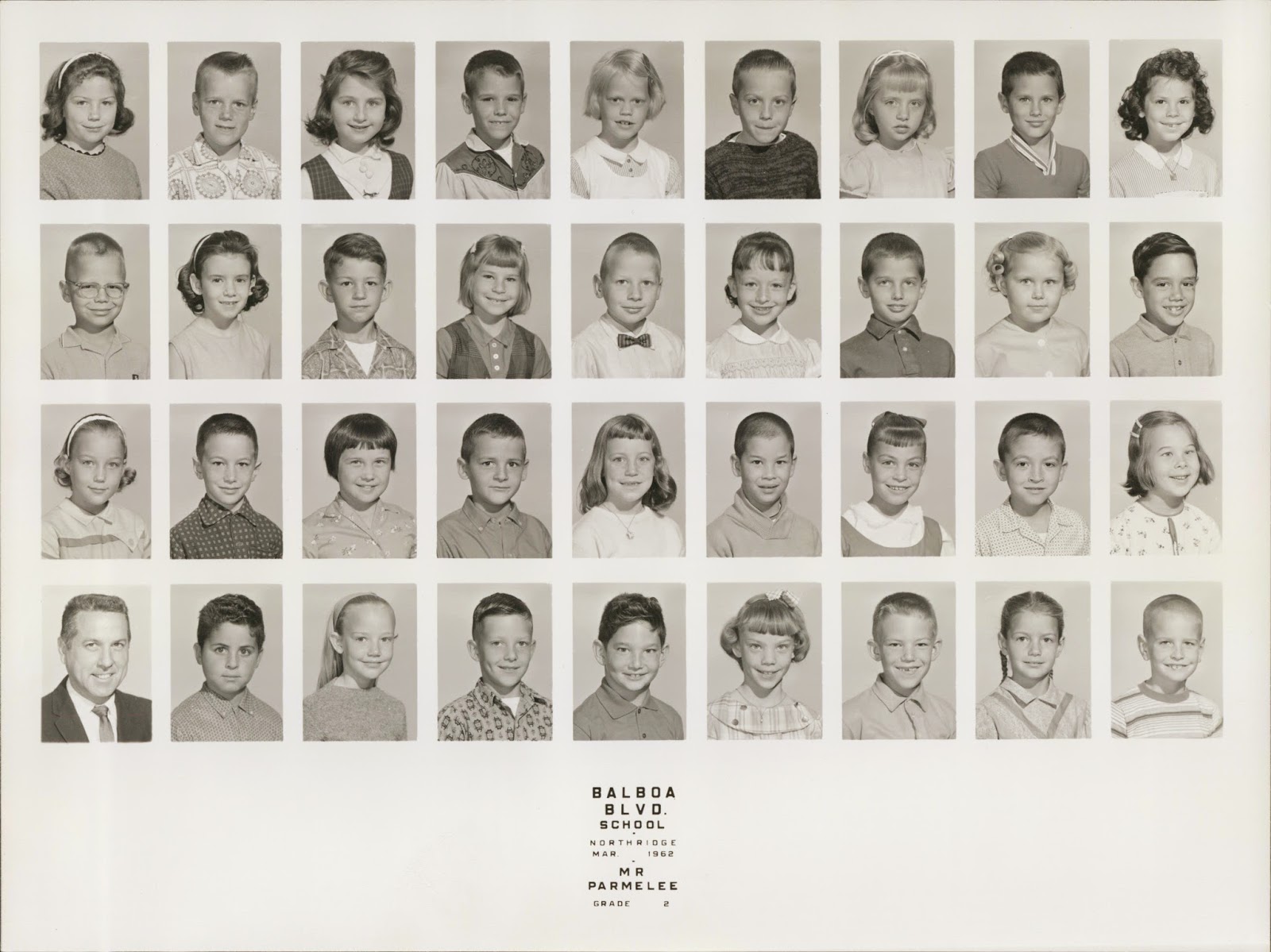 Third grade: due to illness I missed learning long-division.  When I returned the teacher didn't catch me up and it took me years to become confident in that skill. 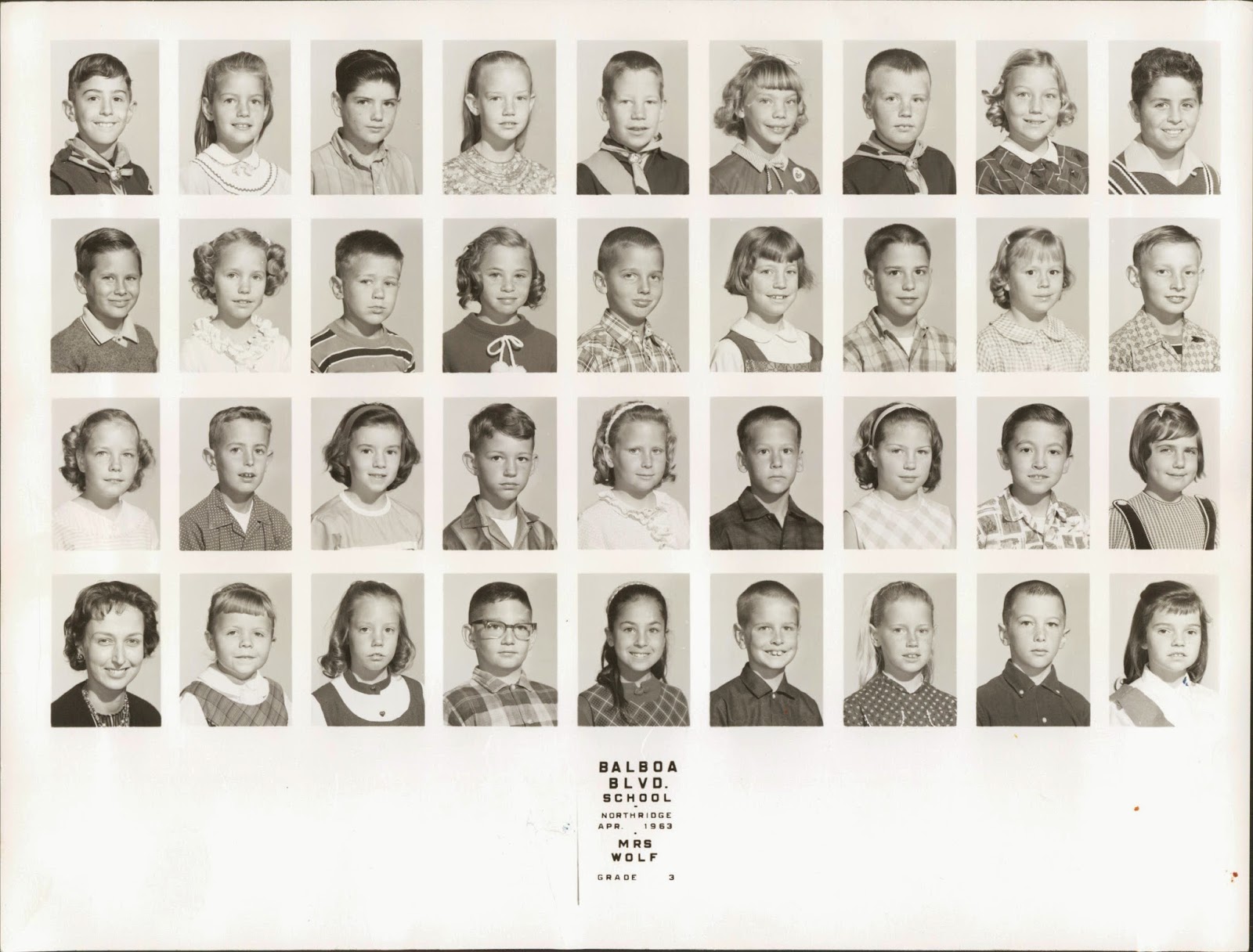 Fourth grade: by this time I was a mostly excellent student and found out that was not a popular thing to be.  In the fall of fourth grade, President Kennedy was assassinated.  Mrs. Hamill broke the news to us. 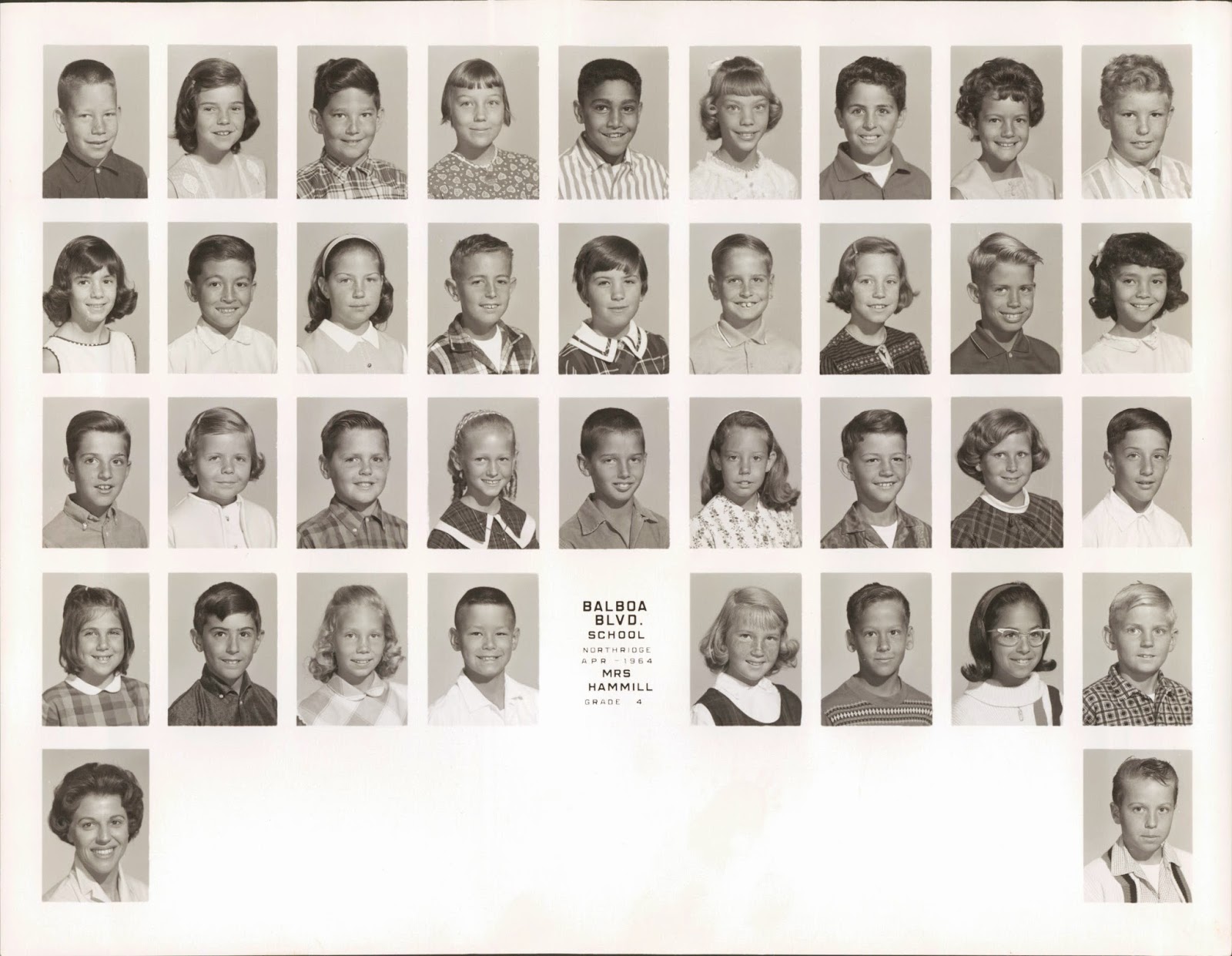 Fifth grade: Mrs. Field let me be her messenger around the campus.  I loved the freedom of walking around the school with an important job to do.  Her confidence in me meant the world. 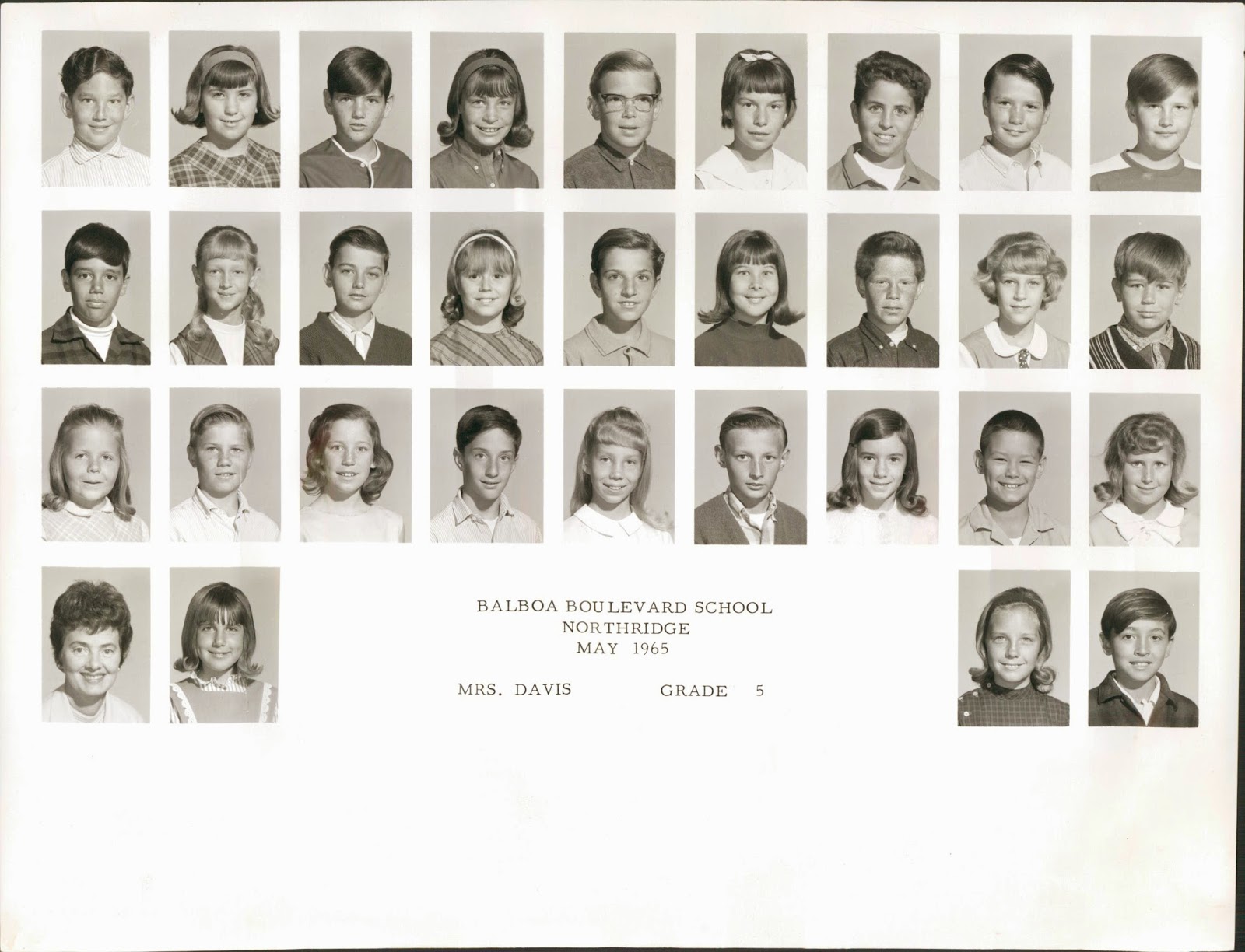 Sixth grade: my friend Sunny (second row, second from right) and I were elected class president and vice president; the second semester we switched roles.  We also were chosen for the most coveted job in the entire school: equipment room monitors.  During recess it was our job to dispense play equipment to the students.  And then play hide-and-seek in the room until recess was over. 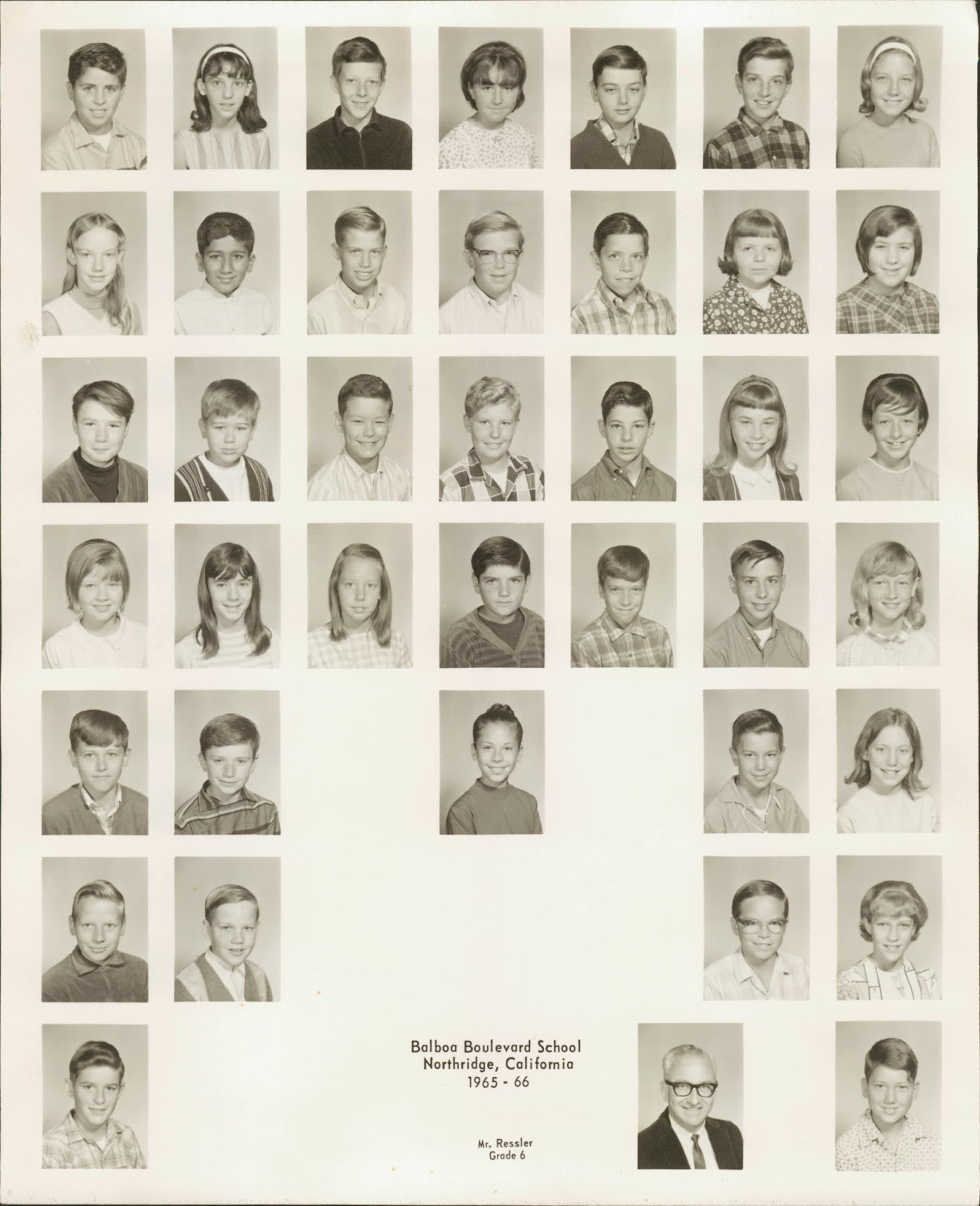