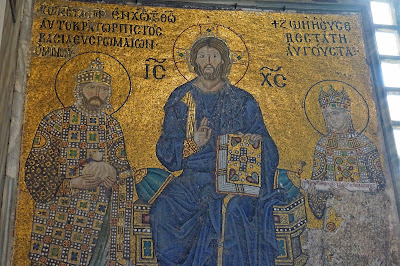 Mystical, awe-inspiring, stunning Hagia Sophia (Holy Wisdom), is a precious jewel among jewels in Istanbul.   Standing since 537 A.D.--nearly 1500 years now, it was erected in a Greek-founded city that was already 1000 years old at the time of the Emperor Justinian, who ordered its construction.  For most of its first 1000 years Hagia Sophia was a Greek Orthodox church.  Since 1453 when Constantinople fell to the Ottoman Turks, it has been a mosque, although it has served as a museum the past 75 years.

Being inside was a most sublime ethereal experience.   The walls, the domes, minarets, medallions, frescos, inlaid flooring, textiles, mosaics, the relics, and many-ton wooden doors, all have witnessed rich and violent history.   I wonder how many emperors and sultans had trod these floors, how many thousands of knees had knelt here, both Christian and Muslim.   Hagia Sophia was the world's largest cathedral for a thousand years.

Fine materials from all parts of the Byzantine Empire are incorporated into the church.  The frescos and mosaics tell of early Christianity, and the huge wooden medallions and minarets remind us that Ottoman Turks overran the weakened Christian Empire nearly 600 years ago.

I visited this marvelous place twice on our trip, the second time alone in order to soak up the moods in just about every square inch.  Hagia Sophia is a remarkable place.  If only walls could speak . . . . 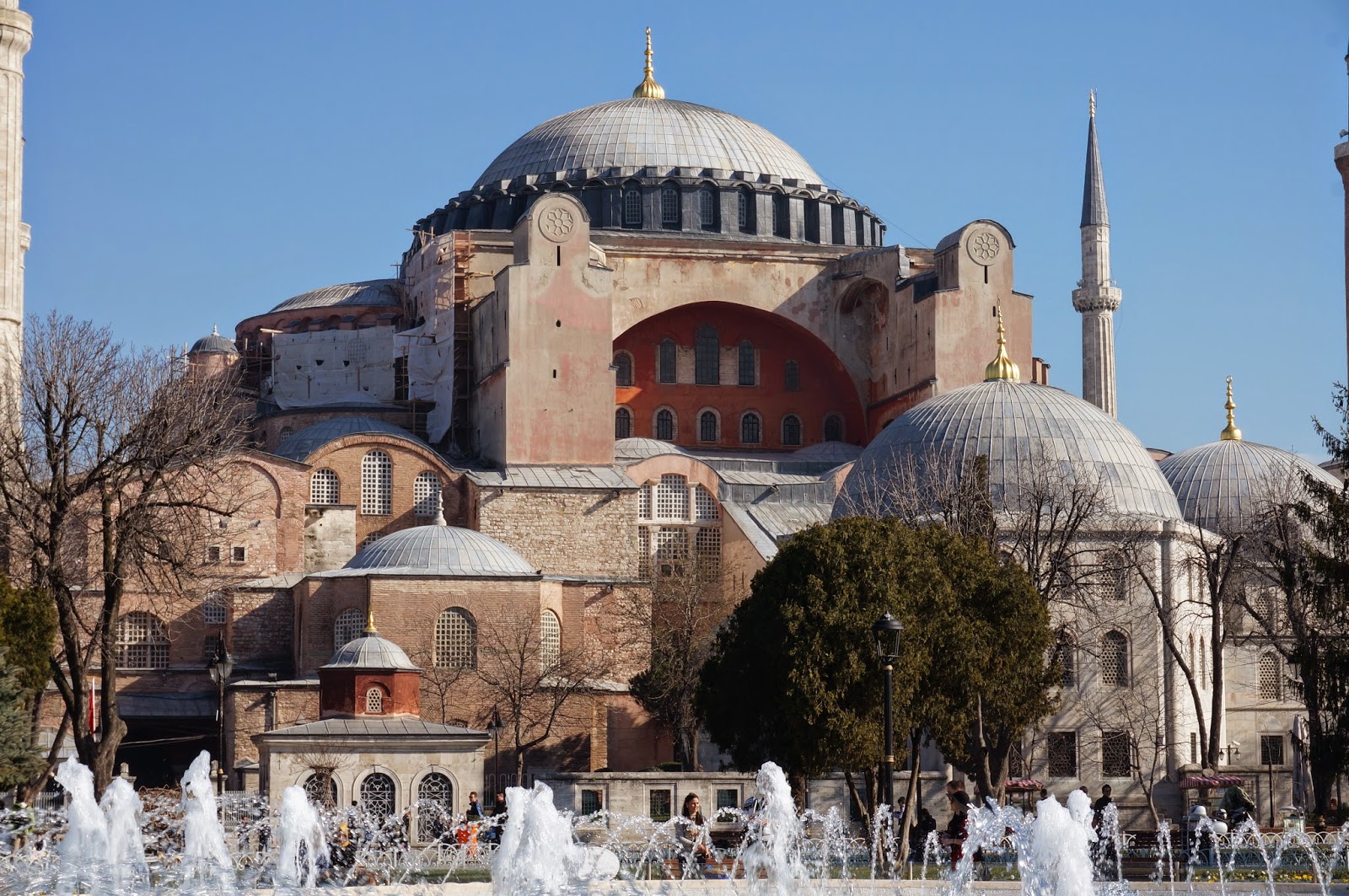 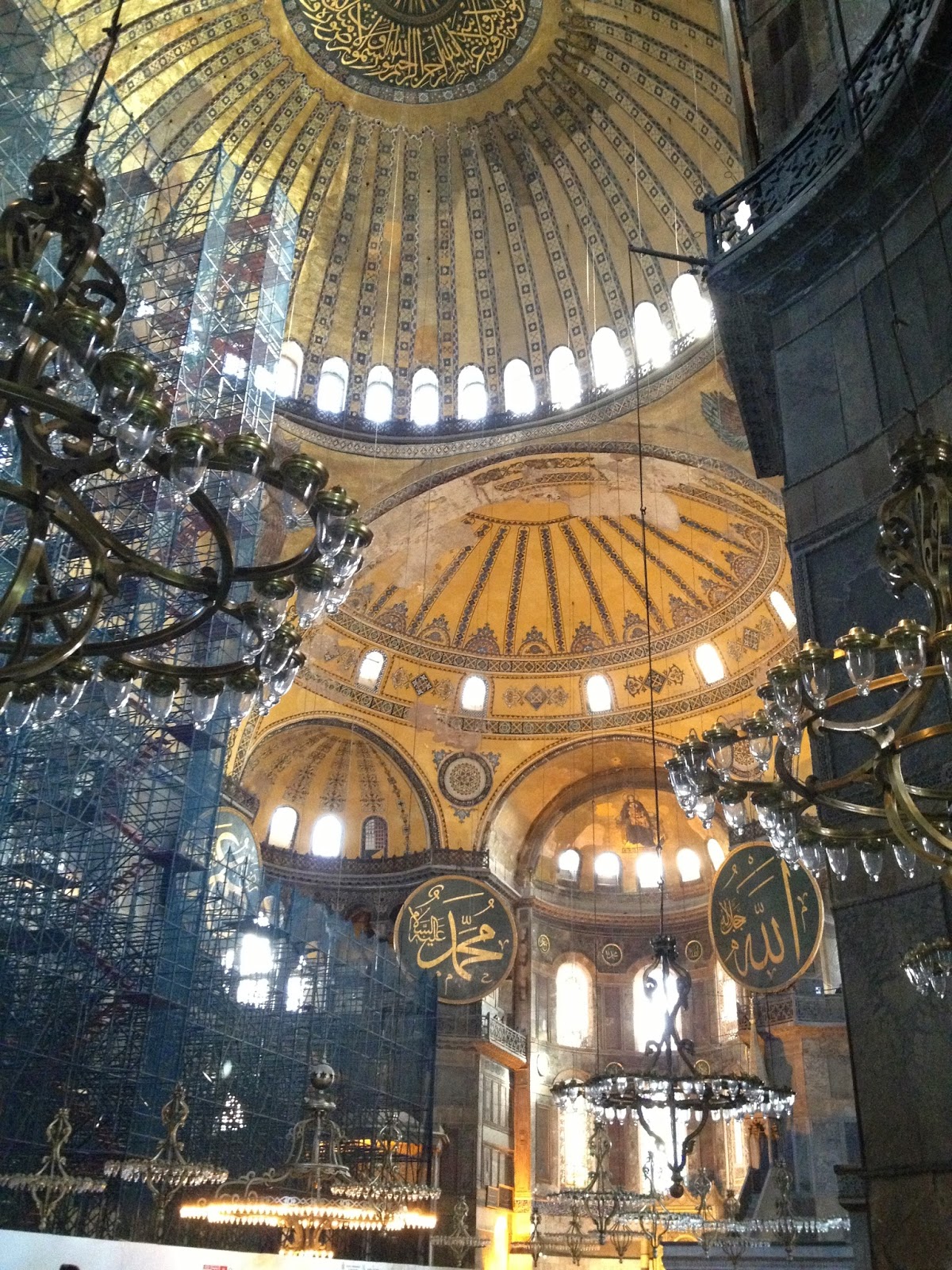 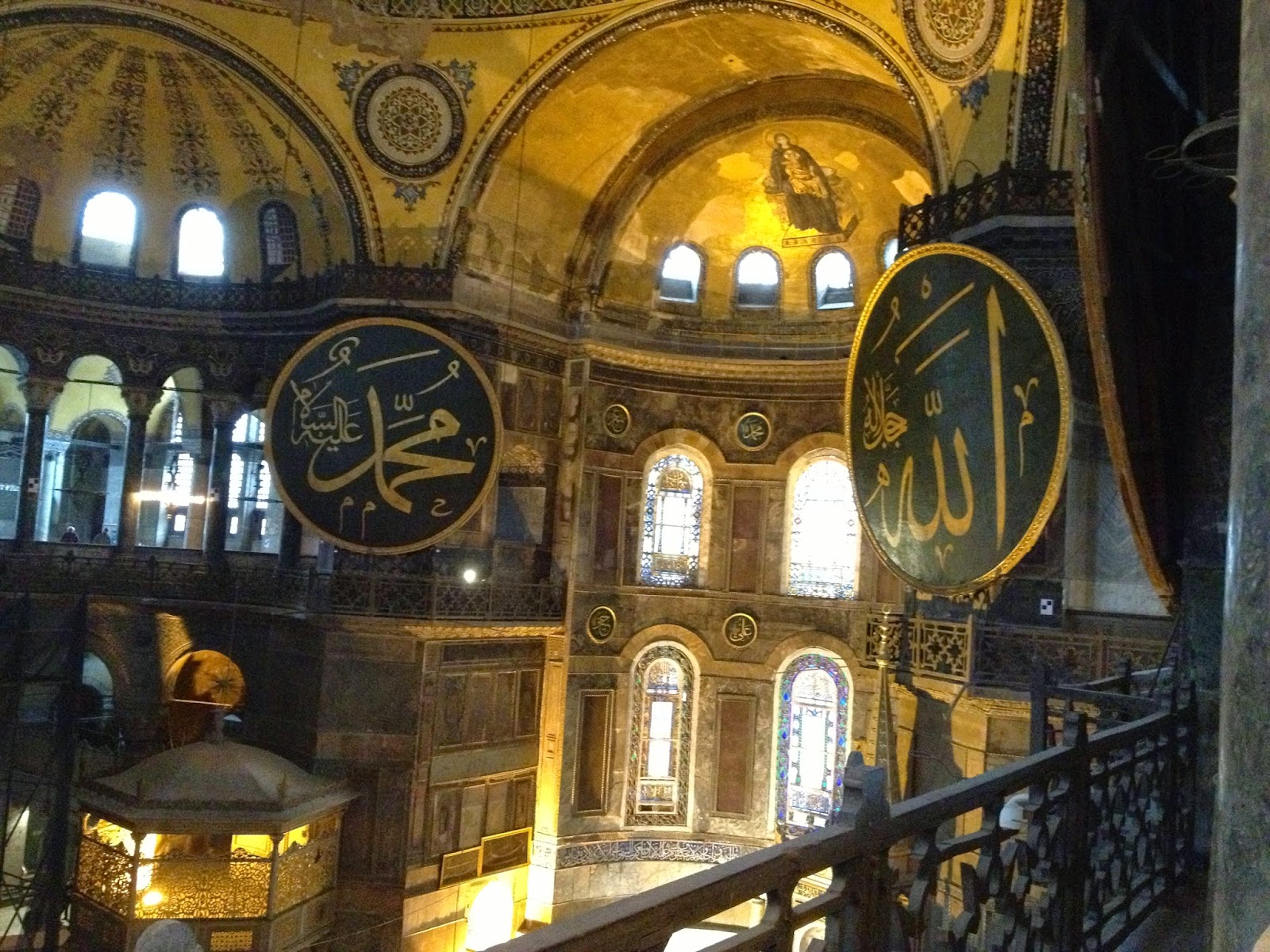 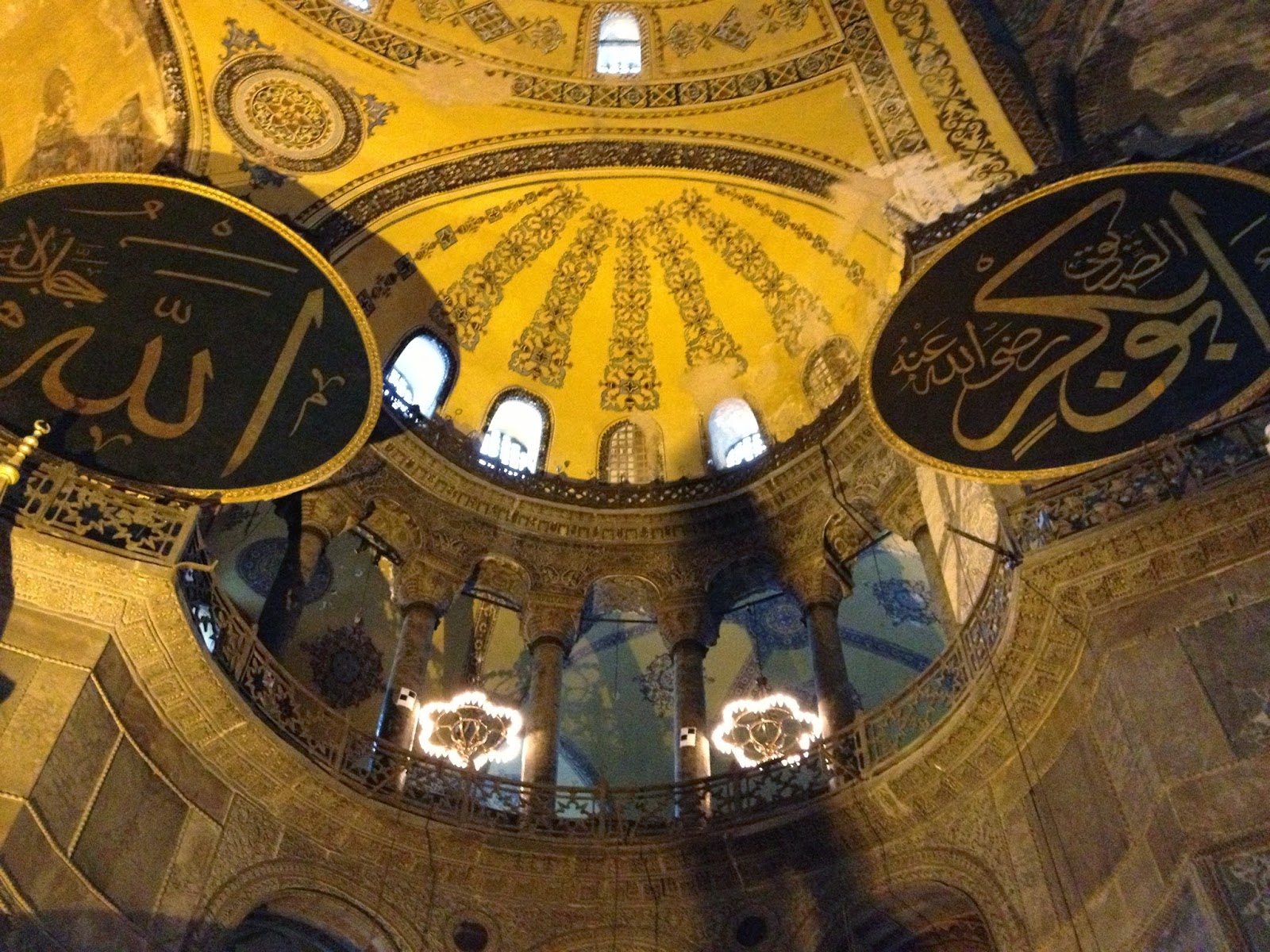 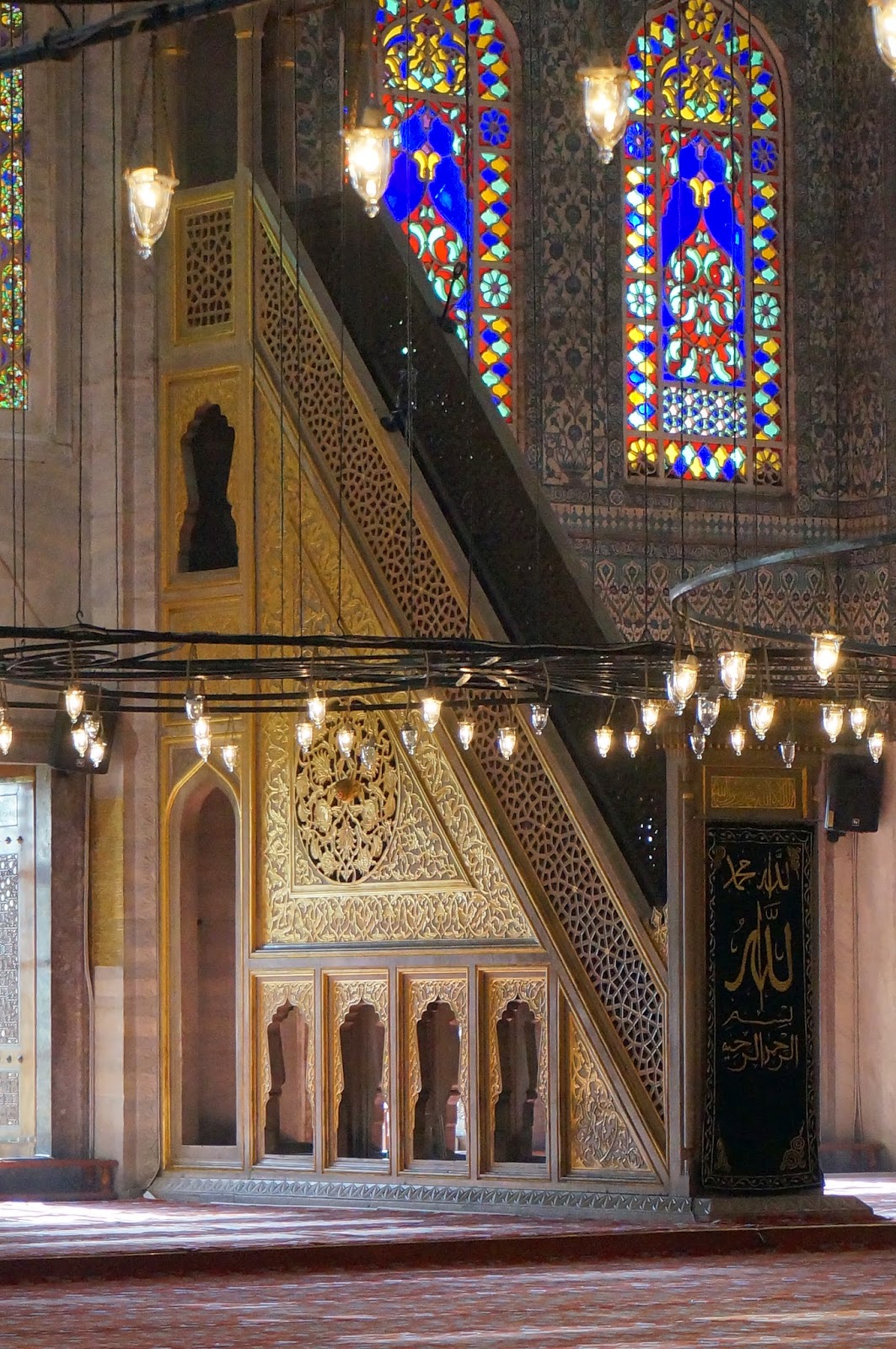