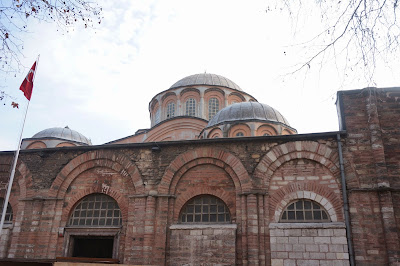 Istanbul is full of venerable, ancient structures in various states of repair.  Back when the continent of North America was peopled by hunter gatherers wandering in small tribes, the Byzantines were erecting solid beautiful churches and other memorable buildings, some of which remain today.  Chora Church is one of those, the word Chora indicating it was built outside the city walls.  The Church is actually titled The Church of the Holy Savior.

There has been a chapel or church at the site of Chora Church since at least the 5th century, a hundred years or more before the Emperor Justinian came along.  He replaced the old structure with a new one that lasted hundreds of years before its partial destruction by earthquake and invasion.  It was rebuilt in the 14th century and at that time marvelous Byzantine mosaics and frescoes adorned the walls, and are still part of the church today.

The vivid colors in these mosaics  are remarkable for art that's over 700 years old. 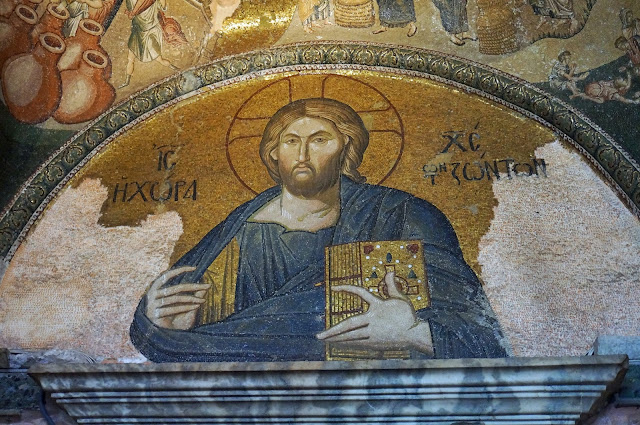 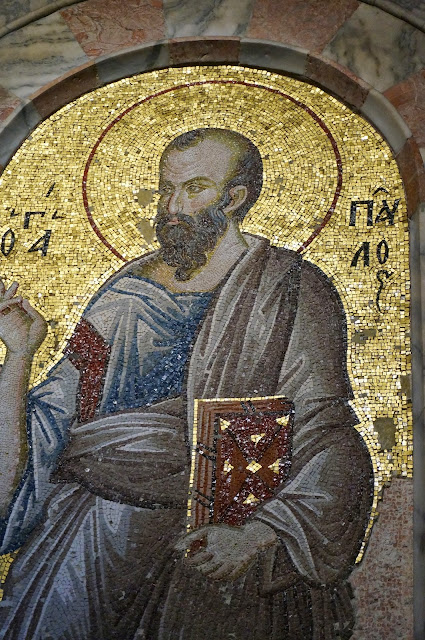 I proclaim that the most memorable art in Chora Church is the fresco called The Anastasis, depicting the Resurrection.  I've never seen the Resurrection depicted with this much energy and verve.  It's how I believe it will happen.

Both of my photos below show the same scene, the second being a closer view.  The resurrected Savior, with vitality and intensity, is resolutely yanking Adam and Eve from their graves.  His body is in motion, His energy is flowing.  Under his feet are the smashed gates of hell and, look hard, the bound impotent figure of Satan.  The message her is undeniable: Christ and his followers will prevail over evil, and through Him we have victory over the grave.  I stood rooted and in awe for a long time, soaking in this message. 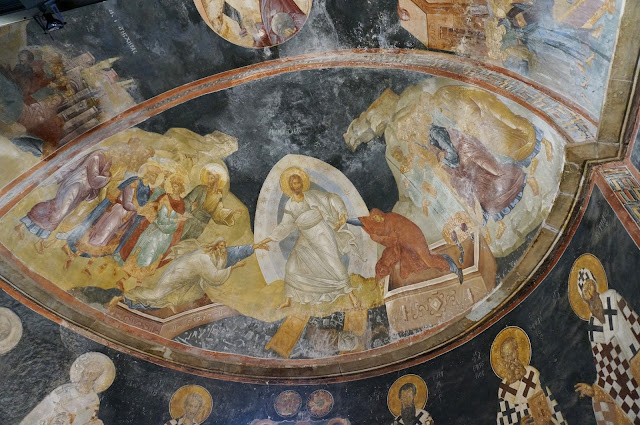 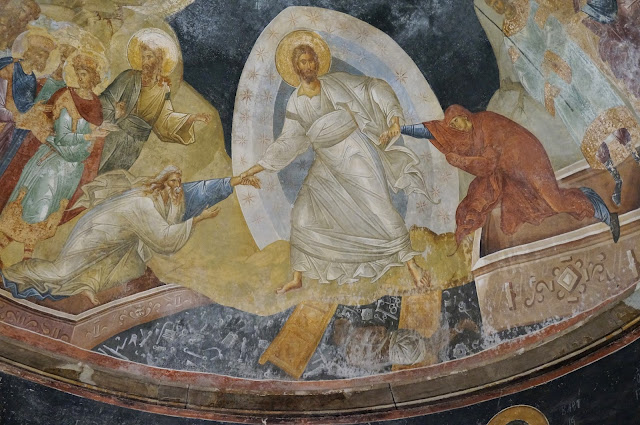