In honor of Veterans' Day, let's go back in time to the Civil War.  Irish immigrants made an important contribution to both armies, Union and Confederate.  Below is a life sketch of one of those men.  His name was Luke Ferriter, and he ran away from home to join the Union Army at age 16. 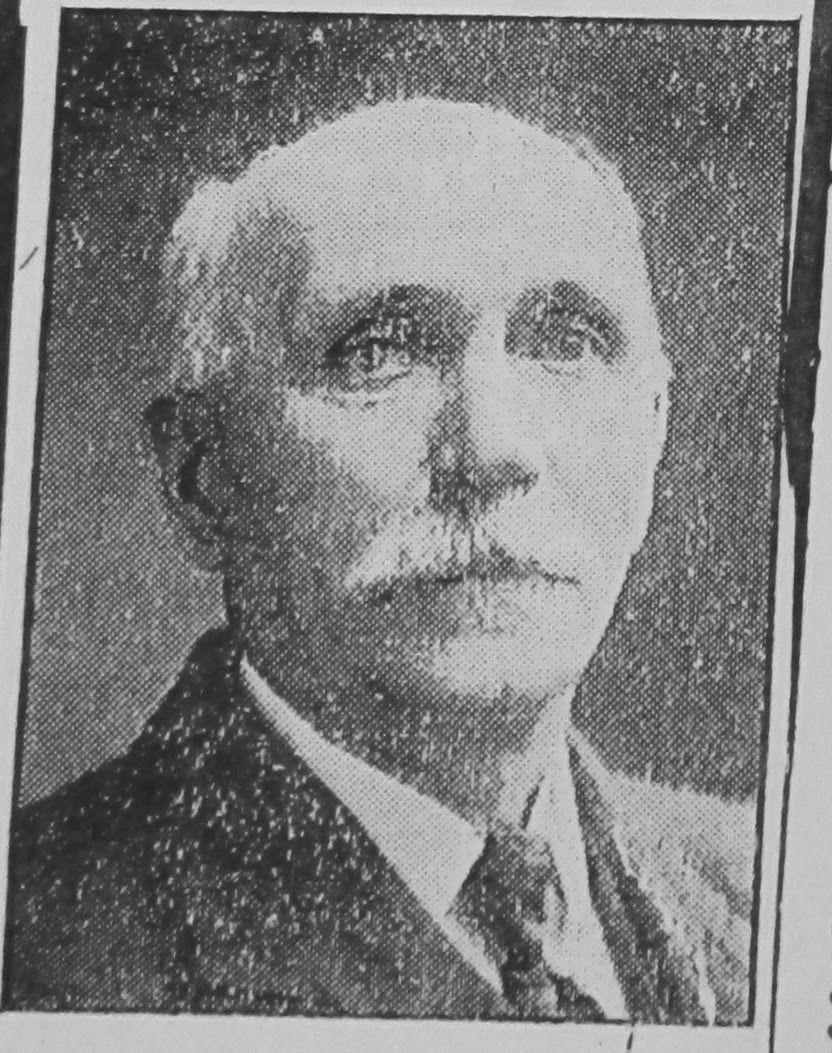 from the Brattleboro Reformer Newspaper about 1916

Luke lived a life of adventure tinged with sorrow.  His early years were spent in Ireland without his parents.  They had left the Emerald Isle during the Famine years to find work and he joined them in Vermont when he was 12 (about 1857).  To get to the US he endured a shipwreck, losing what little he owned, and on arriving in New York was dismayed to find that no one knew his parents.  Perhaps that's to be expected from a naive native of a tiny Irish hamlet who was used to everyone being acquainted with everyone else.  This 12-year-old boy made his way to Massachusetts where he discovered his parents had moved to Brattleboro Vermont some years before.

When war broke out in 1861, Luke's father forbid him to join up.  Luke ran off to Springfield Vermont and signed up under the name Charles Smith.  When the train full of recruits passed south through Brattleboro, Luke hid in the lavatory while his father searched the train for the rascal.

Over the following four years young Ferriter participated in plenty of action.  Many times he heard bullets whiz close to his head, or saw them plow into the ground at his feet.  A piece of shell shattered his gun giving him a neck wound.  At The Wilderness bullets ripped through his clothes without leaving a scratch.  A thigh wound occurred at Spotsylvania that was severe enough to send him back to Brattleboro for a stay in the military hospital.  I've wondered if either of his future wives helped nurse him back to health there.  Luke gained local fame for capturing an officer of a South Carolina outfit, and later a member of the Confederate rear guard.

After the war Luke married Ellen Martin who was also an Irish immigrant.  As members of Brattleboro's closely knit Irish Catholic community, they would have known one another in their teens.  Ellen died delivering her third child in 1871.  A second marriage, to Eliza Anne Fenton in 1873, lasted 53 years.  Those two also knew each other as teenage Irish immigrants.  Four of their children died very young, and a son Andrew, died at age 18 when he tumbled out of the loft of the local livery stable.  What a crushing blow.  Five children survived to adulthood.

Luke Ferriter's granddaughter, Catherine Ferriter Rogers, told me that he preserved his Civil War uniform, and enjoyed regular invitations to local classrooms to talk to students about the war.  He must have enjoyed dressing the part of a soldier once again, and reliving the excitement and danger of battle, and of his notable exploits.  That uniform is now owned by some of his descendants in Rhode Island.

In Luke's later life he wore many hats.  He worked as a factory fireman, on the railroad, as a cigar maker, and for a shoe manufacturing company.  He was active as a volunteer fireman, led the local post of the Grand Army of the Republic (the Civil War Veterans organization) and he worked for temperance among the Catholics of Brattleboro.  Later on Luke and his wife took care of an elderly single Irish woman for several years until her death. 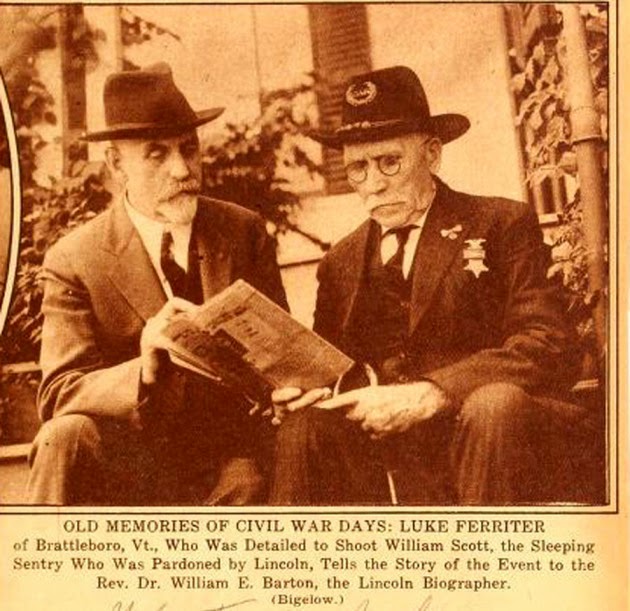 (from the Boston Herald Newspaper via http://irishamericancivilwar.com)

I admire and appreciate men like Luke Ferriter who threw themselves full bore into harms way.  They had much to lose.  Ferriter was one of the lucky ones who returned home in full health, and lived a long life supporting his family and contributing to the community.