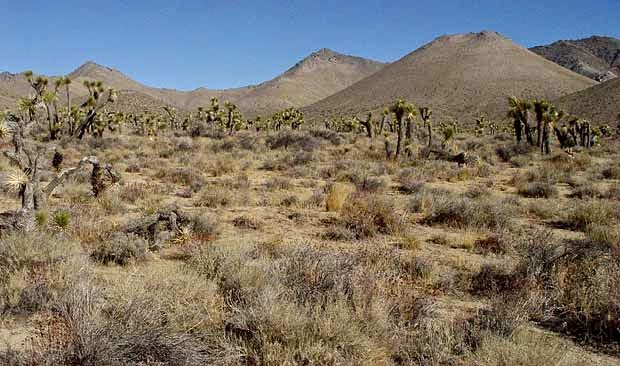 Joshua Trees are thick in the Mojave

In the mid-1970s our family lived in the Mojave Desert while Craig worked as an engineer on top-secret military projects at Naval Weapons Center. I did a lot of reading during those years about that lonely, wild, and breathtakingly beautiful part of California.

Besides being the historic home of tribes of Mojave Indians who had all but disappeared, early explorers had passed through the desert and nearby Sierra Nevada Mountains. Rich veins of ore were discovered, giving the rugged area a legendary mining heritage--gold, silver, lead, zinc, borax, and other valuable deposits came out of the Mojave and surrounding mountains. In my extensive reading I became familiar with mine locations and major players in the industry in the 19th century. Cerro Gordo was the big daddy of mining operations in the Sierra Nevada.

Fast forward 25 years to the 1990s. My sister Alice and I spent a few spring vacations camping in the wilderness of Death Valley. We drove for miles off-road, set up camp, cooked over our fire, endured violent "banshee" windstorms, hiked, and enjoyed the dramatic scenery. Those trip are among my favorite memories ever. 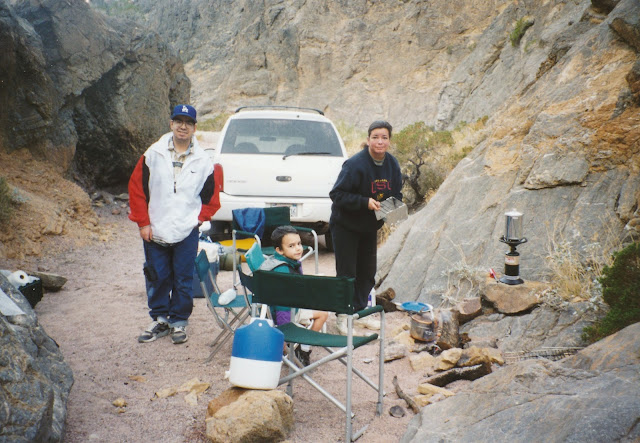 This one spring we stayed a night in Lone Pine, a town near Death Valley, the first night of our camping trip. I don't remember why we didn't camp out, but we might have gotten up near Death Valley too late in the day to find a place to set up for the night. Anyway, we grabbed some dinner at a small diner, and got to talking to the folks at the next table. We mentioned to one fellow that we were interested in seeing the old mining town of Cerro Gordo. He said the settlement was now privately owned, but that he --Tom--  was close friends with the owner --Dee-- and that it was ok if we drove around the road barrier she had set up to keep looky-loos out. When we got up there we should tell her that Tom gave us permission.

The next day we did it. Drove out to the foothills, drove around the road barrier, and the SUV crawled up the steep, windy dirt road to the old mining camp high in the mountains. As we pulled into Cerro Gordo a woman, who turned out to be Dee, flew out of one of the old houses demanding to know what we were doing there--didn't we see the barrier down below? We blamed our presence on Tom. Dee exclaimed she was preparing for weekend guests and didn't have time to have tourists around. She saw a couple of our children in the car and decided she had a moment to give us a quick look at one of the old houses and off we went. 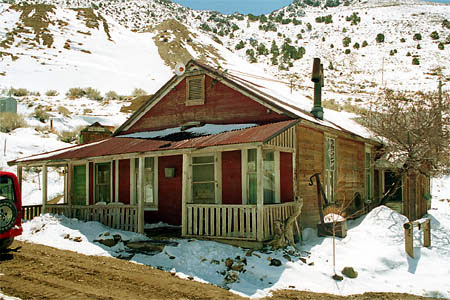 In the front room of the house Dee related a nutshell history of the Cerro Gordo Mines. I glanced around and saw a man's photo hanging on the wall. When she paused I blurted out, "Hey, that's Mortimer Belshaw!" She was struck dumb for a few moments. Mortimer Belshaw was the man who made Cerro Gordo profitable (and himself wealthy) by figuring out a way to get Cerro Gordo silver hundreds of miles south to Los Angeles. Well, remember the extensive reading I referred to above? Belshaw was a star player in Mojave-area history, and I had not forgotten him. I had played my trump card, I had passed GO and collected my $200. And I'm really glad he had an outstanding name that was easy to recall. 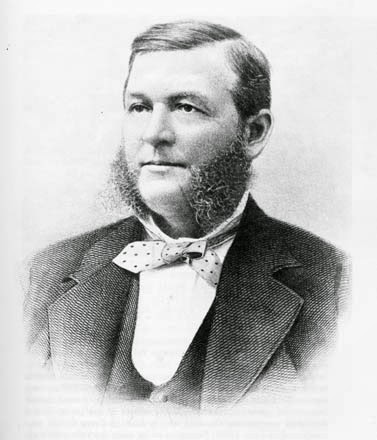 Well, a startled and amazed Dee thawed out right there in front of Belshaw's photo; I had apparently been the first person ever to recognize the man. She gave us a tour of the rest of the house, and then declared we could take our time looking around the town as long as we stayed away from the mine shafts. We lingered, explored, and even bought a couple of local history paperbacks in the dusty cluttered museum. On the way down the mountain the SUV had trouble; even in low gear and with Alice's foot firmly on the brake, it was hard to control speed--the road was that steep. Poor Alice had to buy a new transmission after that trip, but it was worth it to have a once-in-a-lifetime trip to remote, secluded Cerro Gordo.