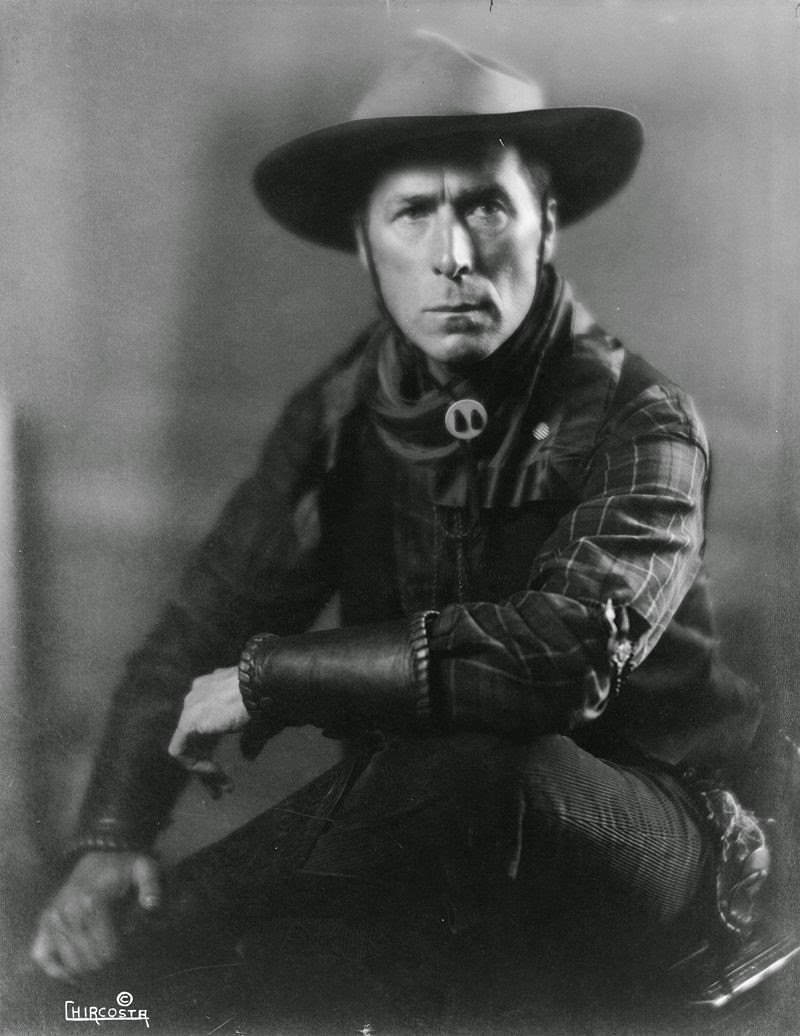 In 1946 a well-known silent film star, veteran of scores of Western movies, passed away on his ranch in Newhall, California.  HIs name was William S. Hart, star of early pictures such as Ben-Hur (1907), The Gunfighter (1917), and Tumbleweeds (1925).   He counted among his friends Tom Mix, Maurice Chevalier, Charles M. Russell, Frederick Remington, and other celebrities.  He knew Bat Masterson, Wyatt Earp and Will Rogers.  From Newburgh, NY, he had begun his acting career on the stage in New York City in 1888.  About 1913 he headed west to act in Westerns, met a pinto named Fritz on a set, and became known for films that portrayed the West as it was: rustic and rugged, harsh, dusty, full of really really bad folks, some good folks too, and a place of boundless sweeping vistas. 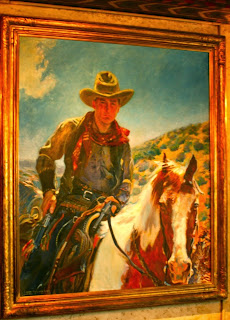 Hart on his beloved horse, Fritz

About 1921 Hart bought land in the hills on the south end of Newhall, California and named it Horseshoe Ranch.  He built a Spanish-style house he christened La Loma de Los Vientos, a bunkhouse, stables, and other outbuildings, and put in a swimming pool surrounded by a roomy plaza.  Hart collected guns, including several that had belonged to Billy the Kid.  He loved Western art and acquired some Remington and Russell originals, and Navaho rugs and artifacts. 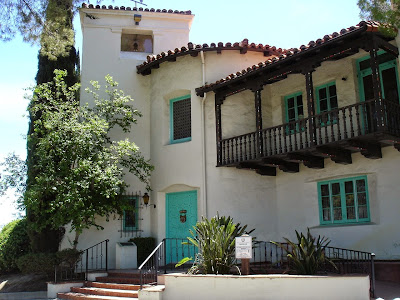 Before his death Hart did something so magnanimous, so brilliant and far-sighted.  In his will he left Horseshoe Ranch to the people of Los Angeles County with the stipulation that it be open to the public for free.  Yeah.  And his slice of heaven on earth became my family's slice of heaven on earth, a favorite destination from about 1958 on.  We picnicked there, we hiked the acres of oak-dotted hills, visited the farm animals, collected peacock feathers, looked for the hoot owl that lived in the shack.  We relished the Charley Russell art, the Remington sculptures, the old guns and thrilled at the real bear rug in the upstairs living-room.  From the pleasant terrace we gawked at craggy chaparral-covered ridges, the buffalo herd down below, and the panorama of the Tehachapi Mountain Range miles to the north.  I have spent a heap of happy hours at Hart's ranch. 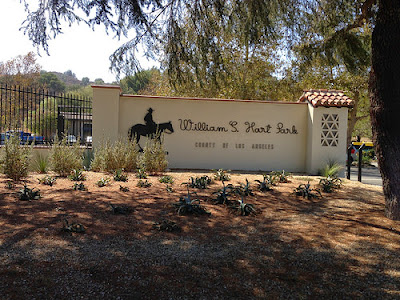 entrance to the ranch 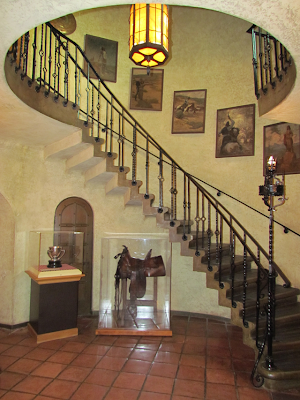 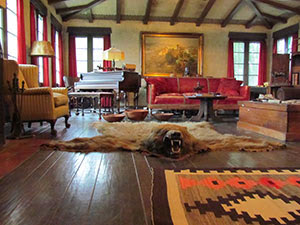 Hart's gift gratified the local community.  The first high school in the Santa Clarita Valley was close to opening at the time of his death, and it was decided to name it William S. Hart Union High School.  And that's my alma mater, class of 1972.  I don't know if there are other schools named after movie actors--that can be a roiling pit of quicksand, given reputations common in that occupation.  Not that Hart was perfect, but he had been a good neighbor and community contributor for decades before his death.  [NOTE: read here for another kind action by Hart]

Hart must be smiling down from above at the joy four generations have experienced at his ranch.  His reason for giving his estate to the public, was simply this:

"When I was making pictures, the people gave me their nickels, dimes, and quarters. When I am gone, I want them to have my home." -- William S. Hart