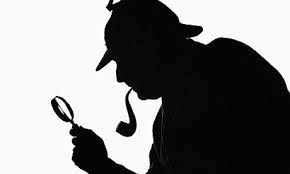 If you are the type of person who enjoys reading or watching mysteries on TV, you have an idea of how police and detectives work to solve the crime of murder.  We know from writers such as P.D. James (RIP) and Raymond Chandler, and programs such as Midsomer Murders, Law and Order, Ironside and Wallender, that homicide investigators treat everyone as a potential suspect, particularly the person who found the body and the last person to see the victim alive.   The authorities thoroughly interview those persons at their home or the crime scene, then the suspect or witness comes down to the interview room at the station to give an official statement.  Their home, car, and stuff are searched.  Detectives look for inconsistencies in their statements.  They compare statements of various witnesses to paint a picture of the crime, and if those don't jibe with each other, further investigation is done to reveal who is telling the truth.  It's all very detailed, acutely methodical, intensely  thorough.  And then Detective McGarret says, "Book 'em Danno," and the case is wrapped in pretty paper with a frilly bow on top and the investigators slap each other's backs for a job well done. 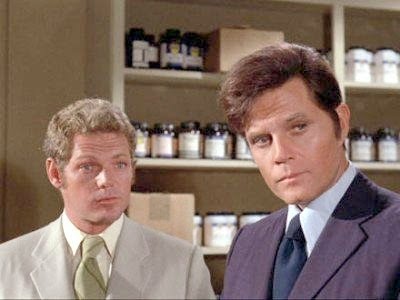 Hawaii Five-O: "book 'em Danno"
[Note: names have been changed]
Ummm.  The reality is . . . not.   I know personally that it isn't nicely cut and dried.  Because 20 years ago I found my dear neighbor, Lee, deceased in his garage.  And the ensuing investigation into his demise was so vastly different from the fiction above, that I actually found myself thinking stuff like, "aren't they curious how the window got broken, because hello, deceased person in the garage," "do they wonder how today's newspaper got into the house, because hello, deceased person in the garage," and "why haven't they pressed me about why I was snooping in Lee's house, because hello . . . " 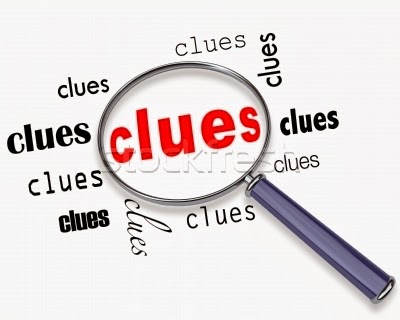 Lee had had a drinking problem that resulted in hard falls.  Late afternoon was when he drank to excess.  A couple of times he backed his car out of the driveway, plowed into my mailbox, then drove off, never knowing.  I called his daughter Linda who lived 20 miles away to tell her he was driving drunk, could she take away his keys or something?   She said she would deal with it but if I saw him pull out in the afternoon I should report him immediately as a drunk driver.  Sad.  Whatever Linda said to him worked.  He went out every morning but stayed home after that.

And then that February bitter cold weather set in.  On a Tuesday night I noticed that Lee had left a light on in the front study.  That never happened.   The house was always dark after 8 because he turned in early.  On Thursday morning we woke up to 6" of snow.  I noticed there were no tire tracks leading out from Lee's garage.  Snow had never stopped him before.   The bedroom light was still on.  I phoned Linda to ask if Lee had gone out of town.  A pregnant pause, then: no he had not, and would I please go over to check on him.

At Lee's I knocked, rang the bell, tried the door, circuited the house looking in the windows, called through the windows, banged on the windows.  Nothing.  I reported back to Linda and her thought was the same as mine: Lee has fallen and can't get up.  Would I please break one of the little square panes by the front door and find him.  Done.  My son and I looked through the house, no Lee.  It was getting a little creepy but I knew we must make a second pass.  This time we searched under the beds, in the showers, the closets, the yard.  All that was left was the garage.  I held my breath and opened the door.  And there was Lee, sadly silhouetted in the gloomy winter half-light, lying frozen on the floor.  He appeared to be deceased, but no way was I going to go out there to check.  What if a perp had knocked him on the head and was waiting for another victim?  (I've read too much Agatha Christie).

I called 911.  The paramedics did their duty and headed into the garage.  What I heard one say as they approached Lee was, "Look out for a weapon, Mike!"  As soon as they confirmed Lee was deceased, I broke the shocking news to Linda.  The paramedics called the sheriff which set an investigation in motion. 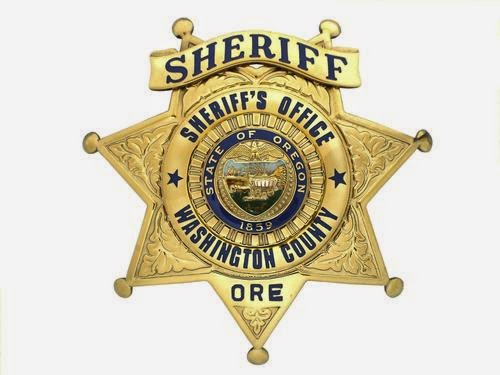 Deputy Somebody arrived, saw the suspicious broken window and concluded this was a crime scene.  While he waited for a detective, he never asked me for my story of how I found Lee.  Guess it wasn't his job.  But the detective didn't do much more.  Looking back, it was a while before he was told that I had found Lee.  From the get-go he assumed the broken window meant this was a crime scene.  When I heard him discussing a perp breaking the window, I spoke up to say it was me who did that.  He were surprised.  Sheesh, if he had just asked me to tell my story as Barnaby or Ironside would have done, it would have saved brain strain.  Inspector Clouseau??? 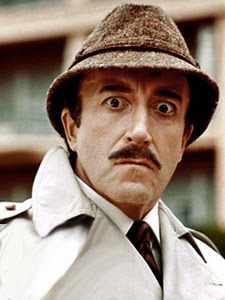 Then there was the tale of the mysterious newspaper.  The coroner had arrived and determined Lee had been dead possibly several days.  The investigator must have been wracking his brain to figure out how Thursday's newspaper ended up inside Lee's house.  It was me again.  Before entering the house to look for him I grabbed that day's paper from the tube outside and set it in the front room.  So that Lee could read it while recovering from the fall I was sure had occurred.

The questions below went unasked:
When I had last seen Lee
Why I was inside the house
How did I get inside
What did I know about the broken window
Did I know anything about Thursday's paper being inside
Did I see anything odd going on around Lee's house 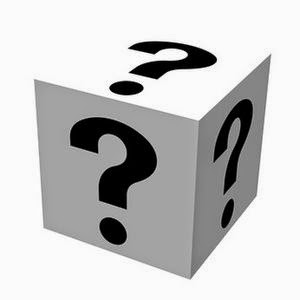 When someone dies at an unknown time in non-crime situations, the coroner told me they assign the date of death as the day they were found.  The coroner determined that Lee's death was accidental, caused because Lee banged his head very hard on some woodworking equipment in the garage, which cause him to fall and strike his head on the garage floor.  I felt terrible about this, knowing how cold it had been.  If he was conscious he suffered miserably.

Because the death was ruled accidental, the coroner didn't go any further determining the exact time of Lee's accident and the investigator no longer needed to string clues together.  Except that he found Lee's previous day's (Wednesday) paper shoved into the depths of the paper tube, showing he was not able to bring in Wednesday's paper.  From all these clues it wasn't hard for me to figure out that Lee's fall occurred on Tuesday, sometime between 7 a.m. and 4 p.m., but almost certainly early Tuesday morning  Clues:

Here's my scenario: Lee had gone out for the paper early Tuesday morning, then read the newspaper by the light in his study.  He left the light on and went to the garage, possibly tripped on something, bumped his head hard, then fell and hit his head; was completely immobilized.  Died.

In defense of our local investigators here, I must say that they do their jobs well, because I've seen them in action at other times solving cases.  And in poor Lee's case if it had turned out to be a crime, I would like to think the investigators eventually would have caught up with the facts.
Posted by Suzanne Bubnash at 8:46 AM