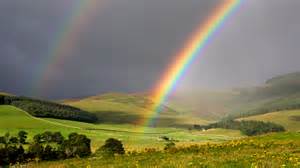 My college years were years of financial struggle. During my teens I was prudent enough to put away much of what I made during a full schedule of babysitting my neighbors' children and what I earned at Taco Siesta. Babysitting brought in 50 cents an hour, until the summer I was 17, when I raised it to 75 cents an hour. Minimum wage at food establishments such as Taco Siesta was $1.45 per hour.

My freshman year (72-73) was spent attending COC, a local community college that was free. It gave me an extra year to earn college money. And during that school year I worked mostly part-time at Magic Mountain (now Six-Flags Magic Mountain), starting out at about $1.60/hour. My parents' desire was that after my freshman year I would transfer to a 4-year college a half hour from our home, a plan I had zero interest in for two reasons. First, I had the wanderlust, a burning need to get away. And second, the school for me was Brigham Young University. I wasn't even a Mormon, but had decided to transfer to BYU.

When my folks heard my plan for transfer, they played their trump card: if I went to BYU they would not give me a red cent.  My reply: "suit yourselves." And I increased my hours of work at Magic Mountain. In their defense, they knew nothing about this Mormon school--for all they knew it was some weird cult place that would brainwash me into a zombie (and zombies weren't even a thing back then). In the meantime I became a Mormon and in the fall of 1973, landed at BYU (tuition $300 per semester) giddy with excitement and on the cusp of a marvelous experience.

That sophomore year was fantastic, though my financial circumstances caused me some stress. While my roommates went skiing or did some other thing that cost money,  I humbly refrained. At one point I had to borrow some money from my folks to tide me over for a month until my tax return arrived. They weren't happy about it but made the short-term loan anyhow.

The end of that school year approached and I found myself standing on the edge of a cliff with no way out. To reserve an apartment for the next fall required a $50 deposit, and I was down to about $5 to my name. I knew that when I returned home I could get back my old job at Magic Mountain, but the first paycheck wouldn't come in for several weeks, and by that time the apartment my roommates were reserving would be full and I'd be without a place to live. Such agony it was, and worry and stress. No way did I let on to my roommates what dire straits I was in.

And then, the miracle. A card arrived in the mail one day from my Baba (my grandma). She did not write letters but would send a card on my birthday and Christmas. It wasn't my birthday or Christmas, but yet there was a card from her. When I opened it something fluttered out onto the floor. It was a check. A check from Baba. A check for $50. Not for $25, not for $100, but $50. She didn't know.  No one knew. Except Heavenly Father.

Until the end of this life I will never forget Heavenly Father's love for me, his awareness of my circumstances and that he inspired someone in my behalf.