1953 was the landmark year that BYU built its revered housing complex for women, called Heritage Halls. 24 in number, each hall was named after a woman esteemed in Utah history for doing something really great. To this day, I don't know who Ms. Broadbent was, even though I lived in her hall for a very formative year of my life, but am sure she did something worthy of a hall bearing her name. 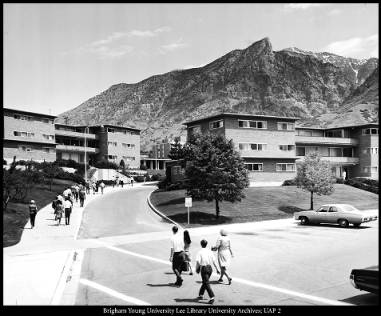 
The halls had room for about 56 students each, divided into 10 apartments. The two basement apartments housed four students each and the rest housed six each!! Yes, I shared a kitchen and bathroom with five other girls. We would have shared a living room too, but in the student housing department's infinite wisdom, the apartments were built without living rooms. Instead, there was a central gathering place in the middle of the hall so that all 56 of us could share space.

When I moved into Broadbent Hall (our apartment code was B2201) in August of 1973 the building felt older than it was. I didn't know until today while doing some research about Heritage Halls that they were built in 1953. I would have guessed 1943. Or 1933. They just had that Depression-era aura about them. Each apartment had 3 bedrooms. I shared with Suzanne Gaden from Oklahoma and golly, we could be loud and crazy. Dode Walker and Margie Scorup shared a room as did Holly Rogers and Linda Frost. Later Holly and Linda moved out and Taffy Bryant and Gloria Smith moved in. Somehow we refrained from committing murder while sharing the one bathroom, one telephone, and space in the dinky refrigerator. 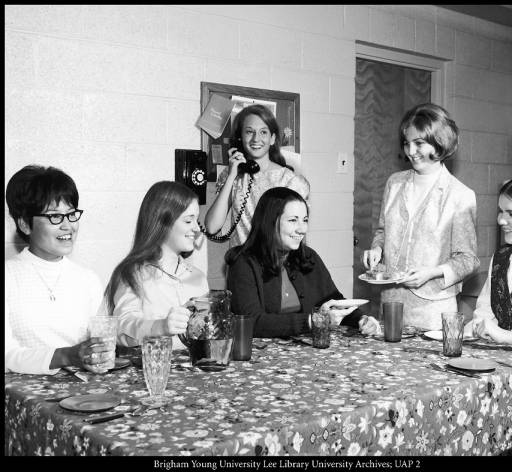 this could have been us in B2201--the phone looked just liked that and was in that same spot; if you craved privacy you could stretch the cord out the back door there to talk while standing in the icy cold stairwell 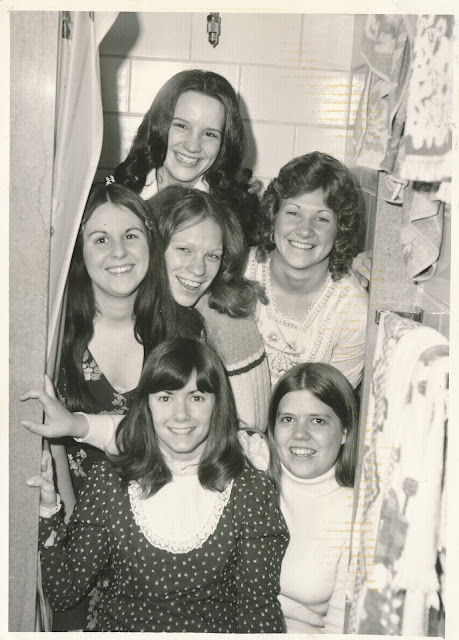 why we thought a photo in the shower stall was a good idea, I have no clue

That year I spent in Broadbent Hall was where I formed meaningful friendships, learned what it meant to be a Mormon, and came away with a marvelous testimony of the gospel. Miracles happened during that year. And Broadbent was where Craig and I conducted our courtship. The memories are endless.

I'm glad I was given a head's up that Heritage would be demolished. In 1999 when Bridget moved into one of the Heritage Halls, the housing dude told us they would be eventually torn down to be replaced with modern halls that would appeal to the next generation of students. It took over a decade for that demolition to begin. My beloved Broadbent Hall was the last to go, just a few months ago. The building may be gone but that special time will always remain with me. What treasures I amassed during my year in that tiny place.

Thanks Broadbent, for the cherished memories! 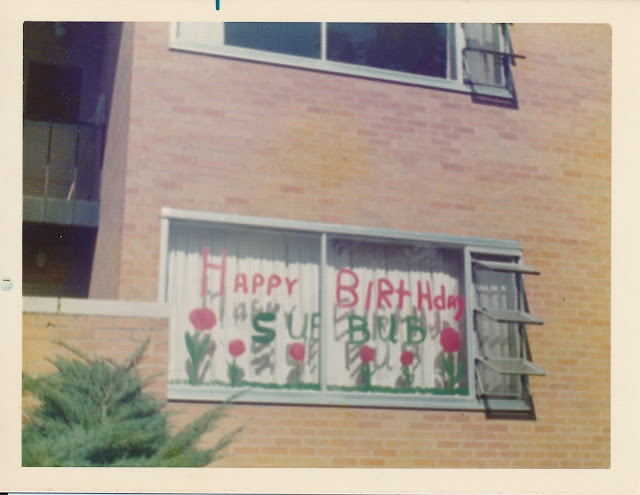 my 19th birthday was celebrated in Broadbent 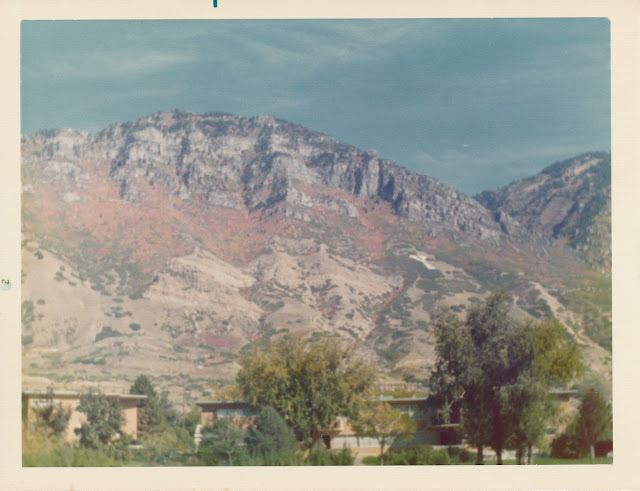 the spectacular view from Suzanne and Suzanne's bedroom window 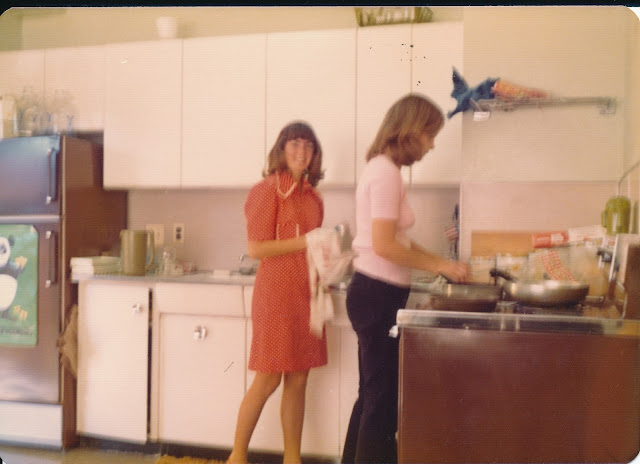 in the kitchen with Holly 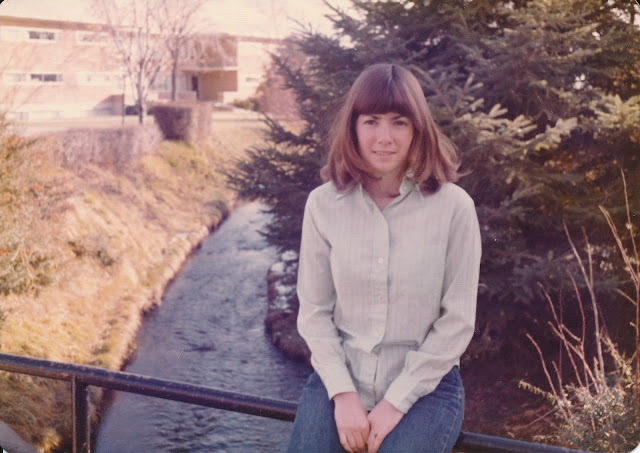 my roommates tried to throw me into the moat on my birthday (a Heritage Halls tradition), but they were unsuccessful 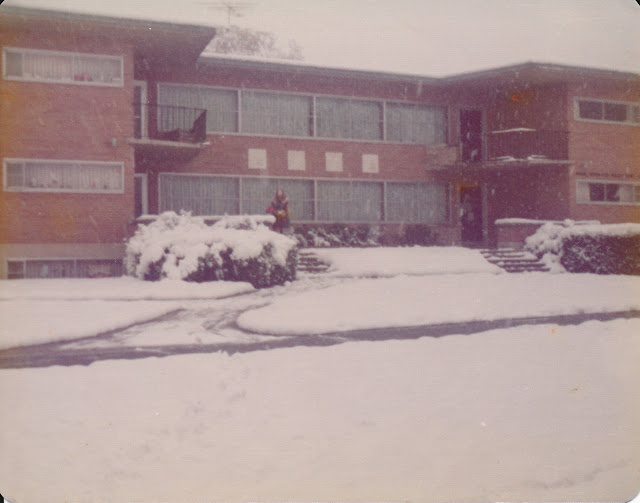 Broadbent in the snow; I froze in my California clothes and shoes 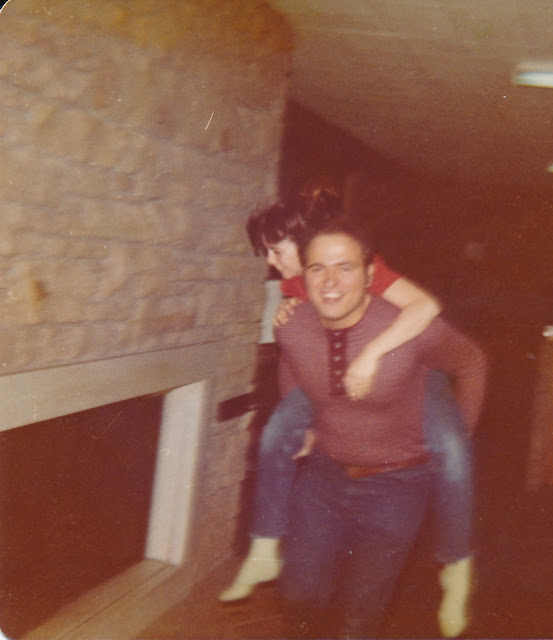 horsing around with Dave Murdock 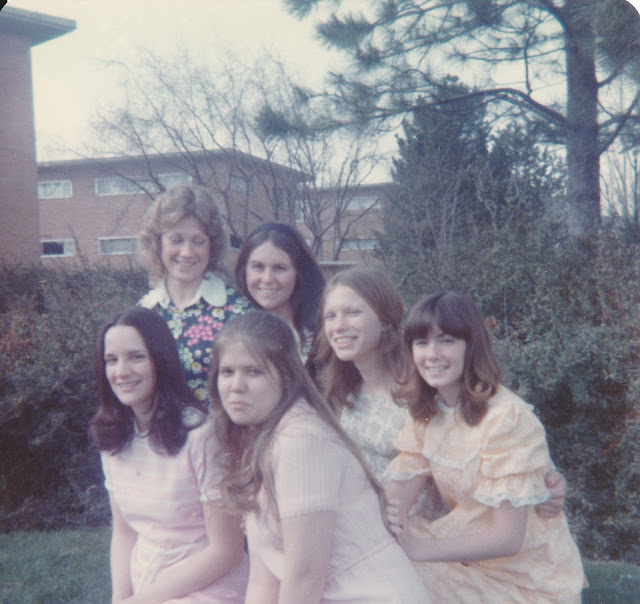 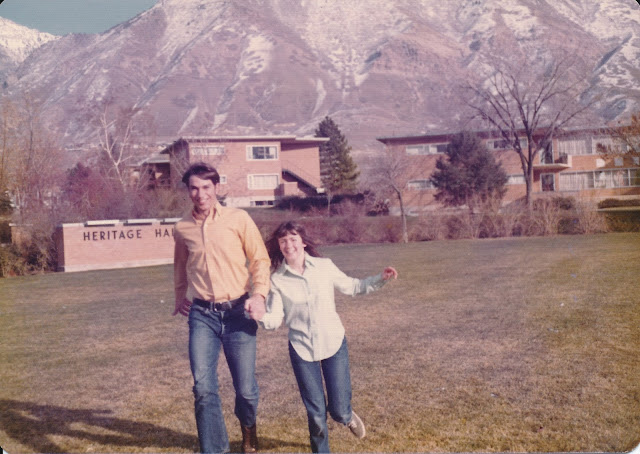 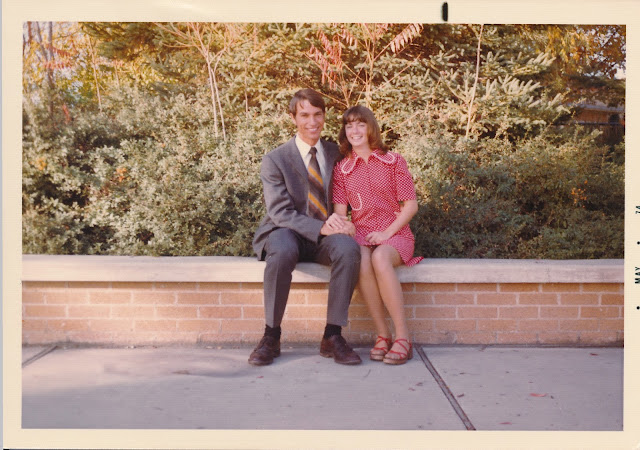 the "court" yard outside Broadbent hall

out with the old, in with the new and beautiful