An Answer to Prayer 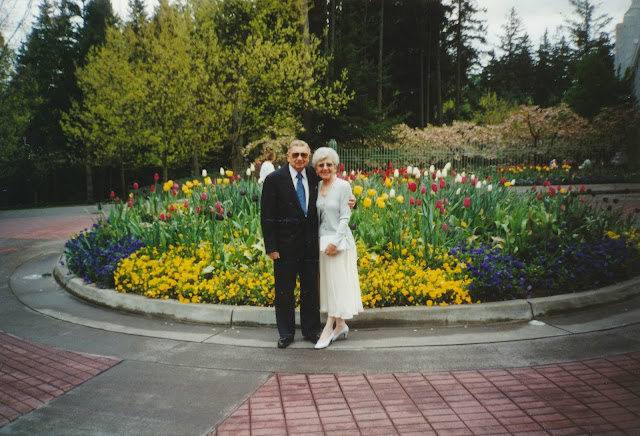 Dad and my step-mom, Hazel

Our son Blair married Emily in the Portland Temple of The Church of Jesus Christ of Latter-day Saints, in April of 2000.  We so looked forward to the day, yet there was a little nervousness on my part because my dad and step-mom were coming for the festivities, and they are not members of our church.  That didn't matter to anyone.  The awkward thing was that they would not be able to attend the actual ceremony, because only church members are permitted in the temple, and even church members must qualify for a 'temple recommend' that attests to them living the standards of the church.  I explained this to Dad way ahead of time, but still.

When I had married in 1974 this was an issue with my folks.  I was the first of their children to marry, and the oldest daughter to boot, and naturally Dad looked forward to walking me down the aisle.  Twas not to be, as I had joined the LDS Church several years before and would be married in the temple.  My folks were unhappy about sitting in the foyer of the temple while the ceremony was performed upstairs in the Provo Temple.  The situation was repeating itself with Blair's marriage and it dredged up old feelings for my Dad (Mom had passed away in 1994).

I was at the Portland Temple one winter day in February of 2000, 2 months before the upcoming wedding.  I pondered the situation with my folks and sincerely hoped for a good experience for them.  They would be coming all the way from the East Coast to attend.  Inspiration came to me to talk to the gardeners on the temple grounds.  Perhaps the beauty of the grounds on the wedding day would be a sweet consolation.

I spotted one of the gardeners at the downhill side of the temple, and asked him what to expect on that day 10 weeks ahead.  He startled me by whipping out a small notebook from his shirt pocket and flipping the pages to April 28.  He began to read the list of plants, trees and flowers that would be putting on a show that day.  I hardly remember the specifics now, but he worked down the list and it was long.  It stunned me to think he could predict the future with that much certainty.

On April 28 we assembled at the temple, and even though I have seen scores of lovely days at the temple since, I would say that day was the most beautiful ever, given all that was bursting in bloom--the tulips, the flowering cherries, the azaleas, and the rhodies beginning to show color.   The most wonderful thing, an answer to prayer, was that for years after, Dad commented on the perfect loveliness of that day at the temple.  That was the memory that stayed with him above all others. 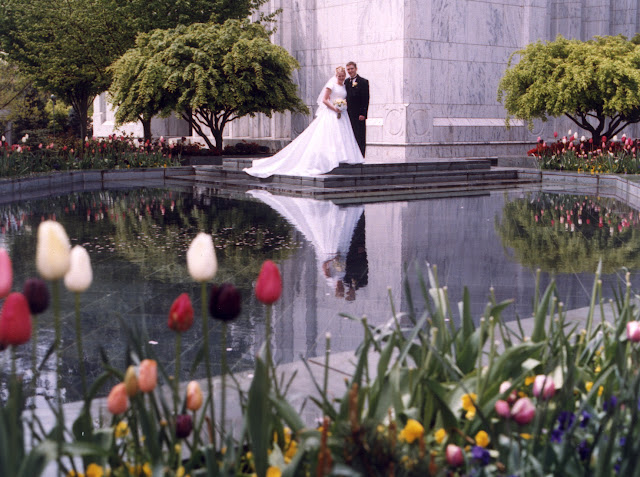 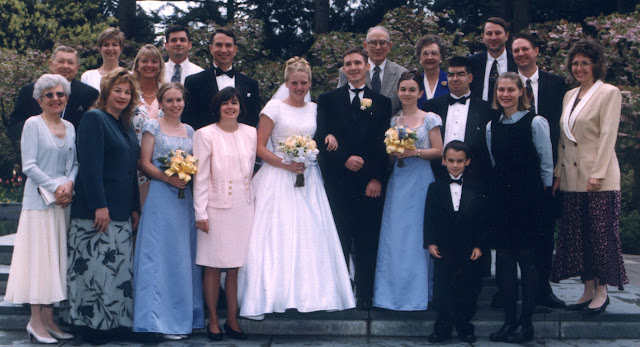 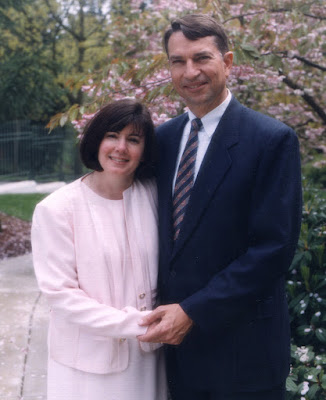 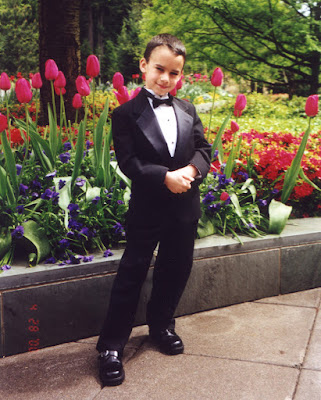 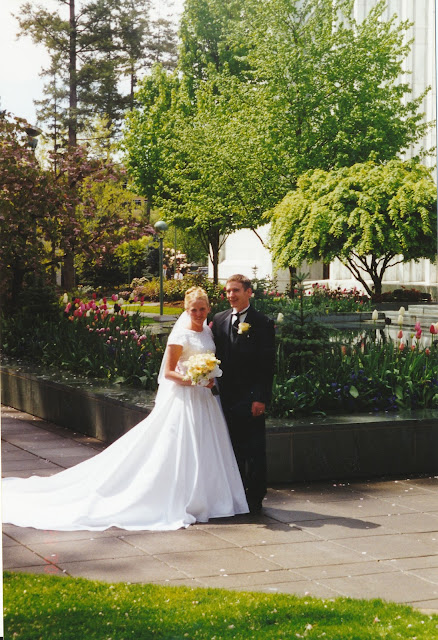