(amended quote by Phil Connors (Bill Murray) in "Groundhog Day")
In October of 1970 I and some of my friends nearly became a statistic when we foolishly sat on the railroad tracks of a busy train route that ran along the side of the mountain behind my friend's house.  This friend lived on a large piece of property that could accommodate the construction of our high school class's annual homecoming float.  The float consisted of rolls of chicken wire (usually swiped from a construction site) shaped over a car, and then thousands of Zee paper napkins bunched up and stuck in the holes of the chicken wire in some kind of pattern.  Yeah, it was a real beaut.  Keep in mind that paper napkins only came in white, washed out pale green, washed out pale blue, and washed out pale pink.  Stunning as the float was, we never thought to photograph one of those gems.

Anyway, it was common for the other classes to seek out their rival's float to throw eggs on it.  This one night we heard through the grapevine that the seniors were on their way to wreck our float, and we being as smart as all get out, climbed the hill to the tracks to keep a lookout for the perps on that pitch black night.

Nothing happened where the float was concerned.  But there we were sitting ON the rails when all of a sudden a train rounded the bend, and it was all we could do to leap off down the berm as it passed by.  It seems unbelievable, but we never felt the tracks vibrate, nor did we hear the rumbling of the train as it barreled toward the curve.  Suddenly, there was the powerful beam and the train was upon us.

This memory came back to me because while doing some research recently, I saw this death record of 3 young Irishmen killed in a railroad accident:


A portion of the Chicopee Massachusetts death register dated 25 Sep 1895:

I had to know what happened.  The accident likely occurred during the course of rail construction gone wrong, a common method employed by the grim reaper to make his mark.  A search on www.newspapers.com showed this was not the case: 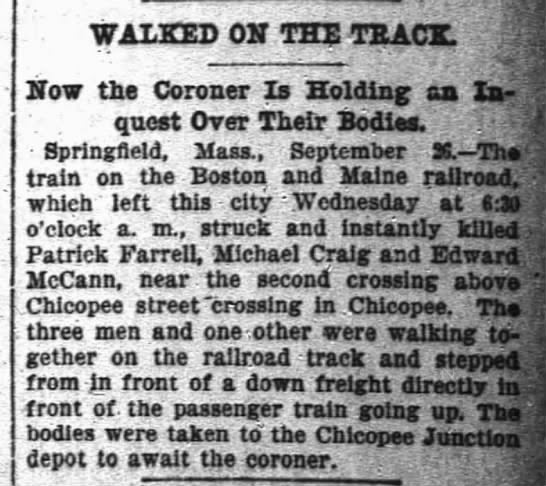 The Atlanta Constitution September 27, 1895 Page 3.  A similar article appeared in papers around the country.

Golly, these 3 grown men were walking on the tracks, then carelessly attempted to cross an adjacent set of rails without looking first.  What a sad end.  One wonders if they had a split second to regret their mistake.

Railroad-related deaths were once common.  Railroad laborers were killed in construction mishaps, while coupling cars, and while switching engines or cars.  Brakemen were killed falling off the caboose or while working the brake and not noticing that low bridge ahead.  Engineers and passengers burned to death in train wrecks when the oil lamps were upset and caught fire.  Derailments caused injury and death when severe weather undermined and destabilized the tracks, causing trains to leap off at top speed.

My great-great grandfather, Cornelius O'Sullivan, was killed on the tracks in Brattleboro, Vermont in 1877.  The account of the accident made it clear he was the class of railroad employee they now call a lineman.  He was on a handcar, and when it lurched on the track he was knocked off to the rear, and then run over by a following handcar.  It must have tumbled him around underneath, leaving him with severe injuries to the back, lungs, and a broken leg.  He lived 5 days in that condition.  I don't know how the family got by after his death. 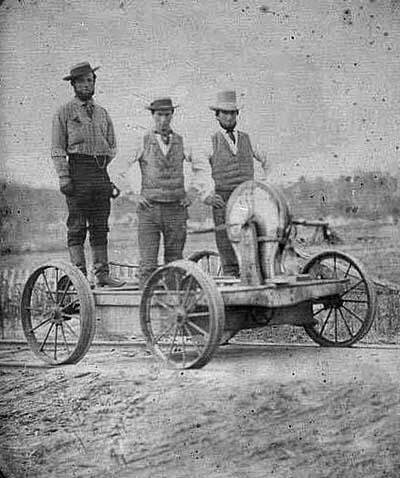 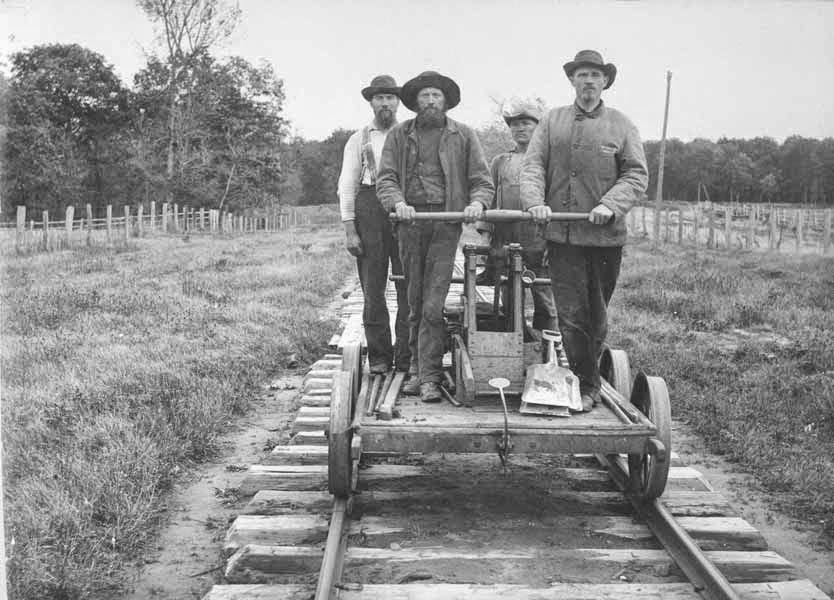 Thoughts of Cornelius O'Sullivan's pain and suffering haunt me every time I drive past the spot of the accident, which I did last week.  The newspaper reporting the accident did not make it clear whether he was brought home to be treated, or taken to the nearest house.  I have a copy of his will created 3 days after the accident and 2 days before his death.  He left everything to his wife Catherine and signed it with his mark, the letter X.  He was laid to rest in the Catholic Cemetery on the hill beside his deceased children.  And resting nearby are a handful of others who also lost their lives due to railroad-related accidents.

Posted by Suzanne Bubnash at 6:20 PM