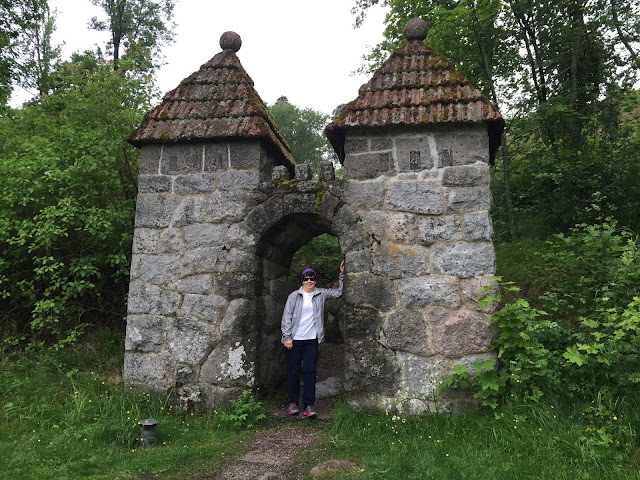 the entrance to Castle Hill

The Palmers bought some used bicycles for us and we rode-rode-rode all over the place. Turku is a small city and their family lives about a mile from the city center. It was so easy to cruise down hill to the cathedral, the castle, the harbor, and to ride upriver and downriver and through the city. In the photo above you see me about to head up the trail to the top of a  hill where in Medieval times there was a castle that commanded views in every direction. That site is about a 5-mile bike ride away and we rode it often.

We hiked up and down mountains and on narrow boardwalks through marshes. One day we did a 20-mile bike ride to the southern tip of Russalo, an island in the archipelago. After a rest and dinner back at home, we hiked eight miles through a national park. In summertime Finland, it doesn't get dark until after midnight, so you can do that. 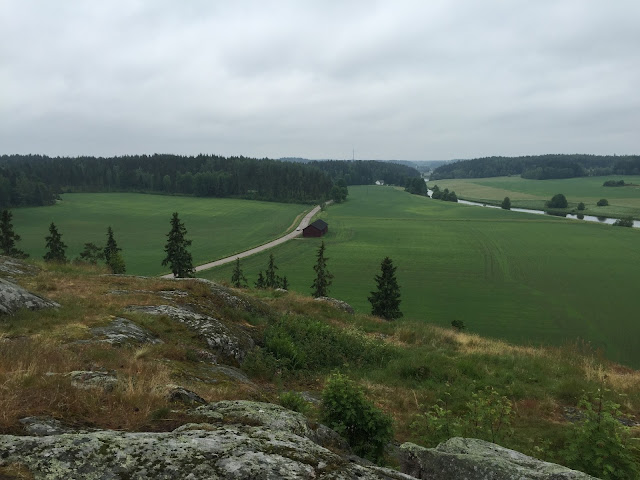 from the summit of Castle Hill 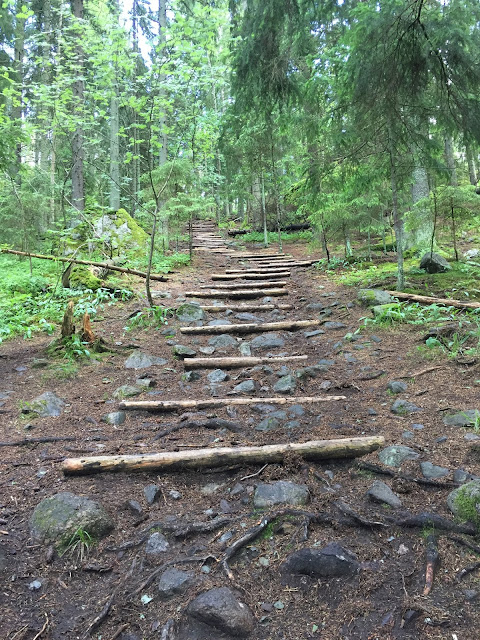 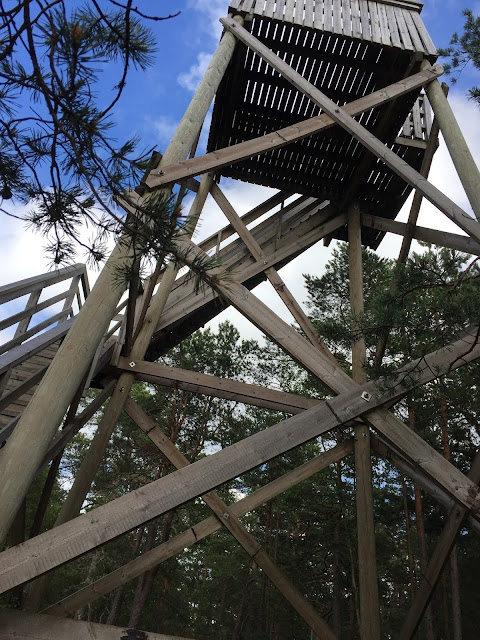 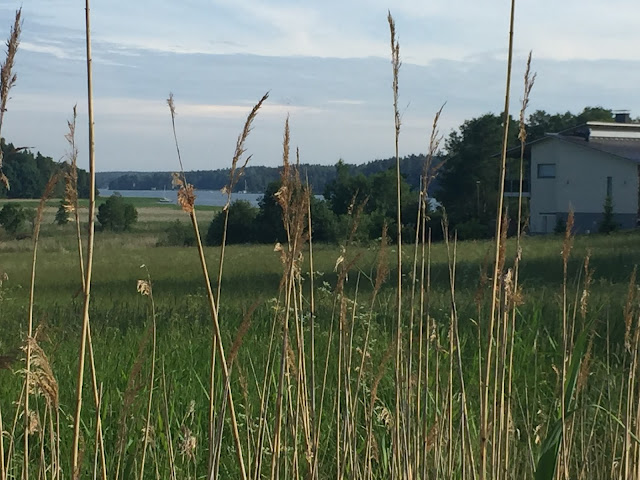 scenery in the marsh 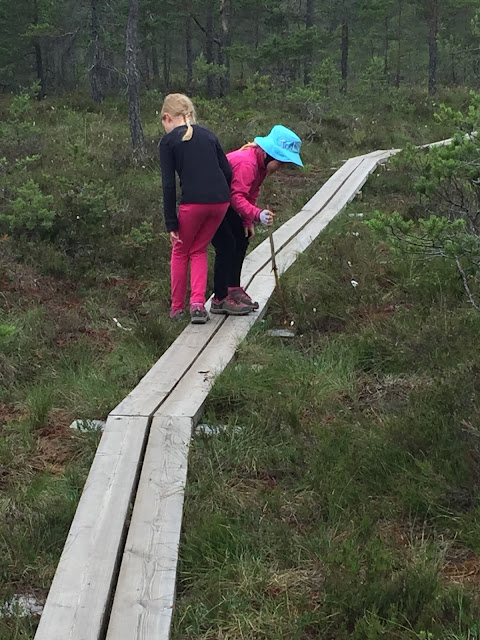 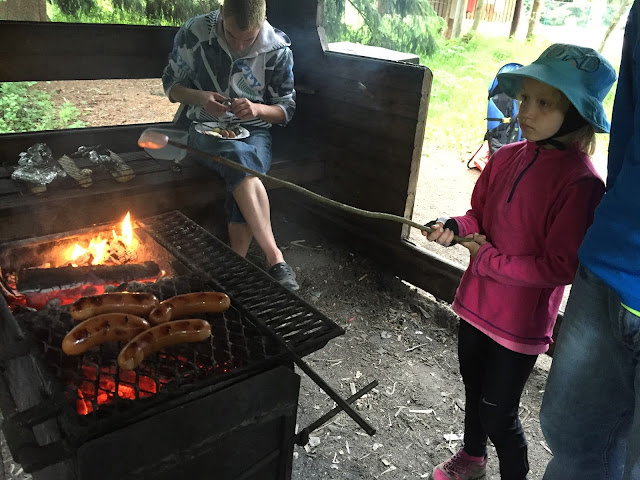 warming hut where we enjoyed hot sausages [see note below] 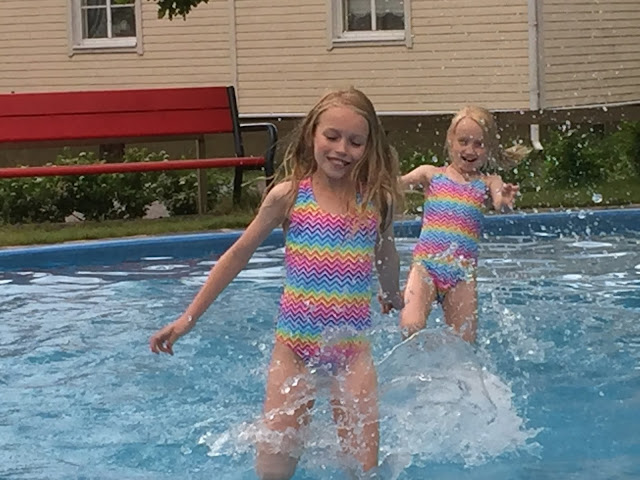 wading pool at the local park: the weather wasn't super warm but our grandgirls didn't care 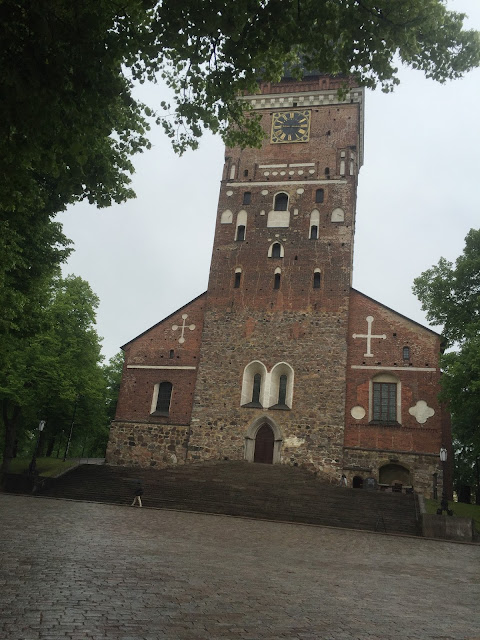 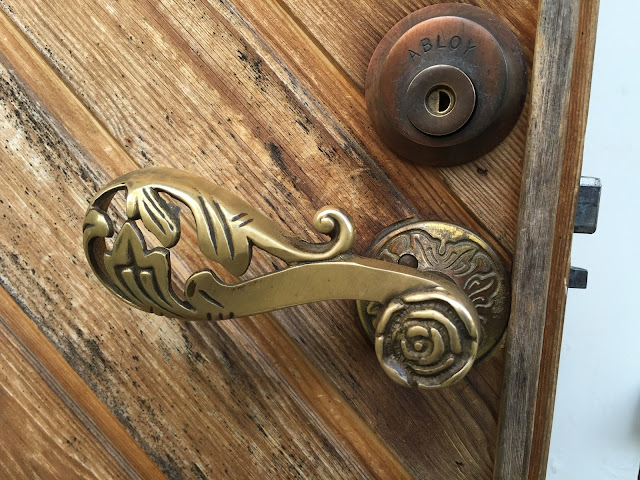 I want pretty door handles like this in my house 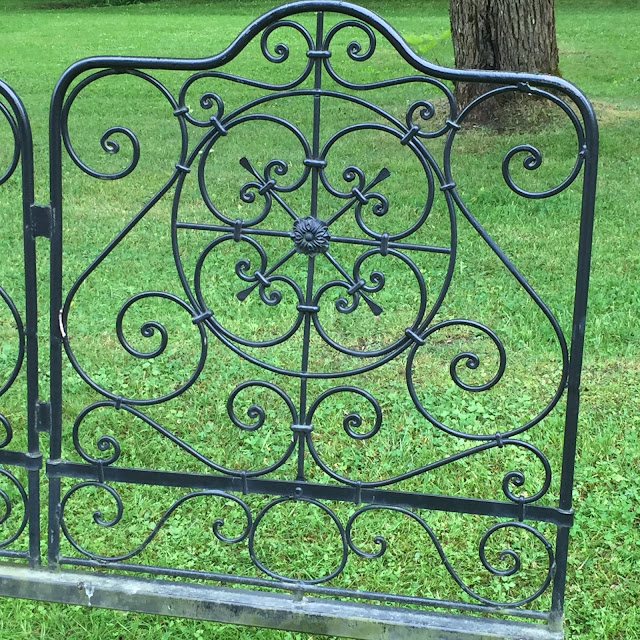 
NOTE about the young Russian man in the background: moments after this photo was taken, this fellow went over to his family's tent and apparently was adjusting a lantern. Somehow the oil spilled onto his arm and caught fire. He bellowed and immediately ran for the lake where he immersed his burning arm in the water. The burn was below his elbow, and looked serious. The family called an ambulance. I believe they got him lying down in the hut where the photo was taken. We left shortly after but there wasn't anything to do, they were doing everything right. I think about him now and then, and wonder what he endured--terrible pain and possibly skin grafts.
Posted by Suzanne Bubnash at 6:00 AM