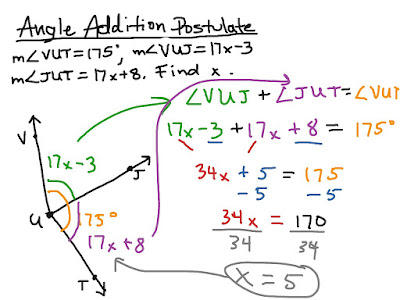 Among the divers math terms thrown at me in my high school algebra and geometry classes was the term, 'postulate.' Love that word. Postulates are principles of math that require no proof, so if you know them, you already know how certain problems work. Some postulates have catchy names such as (don't bother reading the explanation):

We had to memorize these and learn how to apply them in geometry. I would have forgotten all about postulates by now except that there was a guy in my class whose last name was SAS. Yes, his last name was Side-Angle-Side, as I and my friends called him. But after a while we shortened our chosen nickname for him to "The Postulate," as in, "Don't look now, but here comes The Postulate. Or, "Uh-oh, The Postulate is heading straight for you." The 'you' in this case was me. The Postulate had a major crush on me, but sad for him, his was an extreme case of unrequited love.

It isn't that he wasn't a good guy. He was actually one of the nicest and most polite of all the guys I knew. We just didn't click. He seemed dorky to me, but who am I to say that, because I was just as dorky as the next person in high school. He was over-attentive, and always in a too-cheery good mood, and maybe not the sharpest when it came to social cues.

The Postulate sometimes called me on the phone and with Caller ID a futuristic fantasy, I was trapped once I answered his call. In the outdoor halls at school I'd head another way if he was in view. After all, I would get enough chummy exposure to him in geometry class. After that school year we didn't cross paths anymore. If I ran into him now I would know him. He had the physique of a wooden telephone pole and a smile that lit up his face like a searchlight, displaying his braces in all their glory. The Postulate was a gentleman; I hope he has had a good life.