It's Gonna Be Okay 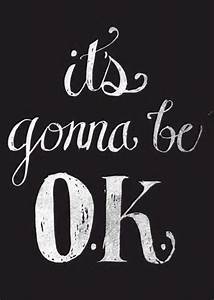 My favorite music these days comes from The Piano Guys. They create the most delicious stunning music videos set in places like Scotland, the Great Wall of China, on the Amazon, or on a mountaintop somewhere, anywhere. If the music wasn't great it would still be fun to view the scenery, but the music is fabulous. Most of it consists of piano and cello, and a few numbers have vocal. The four Piano Guys are creative and kooky.

In July the Piano Guys came to the Oregon Zoo for an evening concert, so I went. Until that night I had no idea there were dozens of types of cellos, or that a grand piano could be played from such varied angles. In his greeting to Portlanders the pianist mentioned that he was happy to have his daughter there in the audience. She didn't stand up to be pointed out, so I didn't know if she was a younger child or an adult.

The Guys introduced a new rousing, raucous number called "It's Gonna Be Okay
whose tune and message invites you to rock out and agree, that no matter what happens, "it's gonna be okay."  A fun song, but it bugged me somewhat. It's a trite phrase that is used so often in reply to everything. Dad died?  It's gonna be OK. Kid strung out on drugs? Gonna be OK. Your financial investor absconded with your life savings? It will be OK. I've read books that have used this phrase umpteen times and I just can't finish them, because, sometimes it's just not gonna be OK.

And then. Not three months later, the pianist's daughter disappeared while hiking locally here, in the Columbia Gorge. I have no doubt this was the daughter he referred to that night. I thought back to the happiness and energy of that night, and who could have known that shortly, this very child would vanish into thin air, just about the worst thing to happen to any parent.

Over a two-week search involving family members, friends, her congregation, and the local community who didn't even know her, not a trace was found. The family felt that she was deceased so they talked in terms of finding her body. It was a gut-wrenching vigil.  Everytime a hiker is lost it feels close to home for me. This past summer I attended the funeral of a friend's son killed hiking in the Gorge.

I thought about the song, and whether the Guys could even bear to think that this situation was going to be OK. A couple of Sundays ago they publicized a special fast and prayer for the missing woman, because they so desperately wanted to find her and lay her to rest. At the end of the week the family came back to the Gorge for another try, with fresh searchers. On that Friday her body was found and taken home.

The song, "It's Gonna Be Okay" has a deeper connotation to me now. In the case of the missing hiker, she has been found, her family is freed from the torment of not knowing her fate, her remains are laid to rest, and she is with those who love her on the other side. The coroner determined she died instantly in a fall off a cliff, no suffering involved. Hundreds of people showed their love and concern by physically helping the family and thousands of others were involved in prayer and fasting for them. Prayers were answered. The family believes in the continuation of life, and what a comfort that is. They will be reunited with her. So even a tragedy such as this can turn out to be OK. The service and faith of many, and the awareness of God's love and answered prayers has made it OK. An OK outcome does not always equate to what we want, but refers to the miracles of peace, love and comfort, no matter the outcome of our challenges.

NOTE: this article tells how one searcher was miraculously driven to find the missing woman


Links to some marvelous songs by the Piano Guys:
Scotland: This is Your Fight Song

Over the Rainbow / Simple Gifts

Angels From the Realms of Glory
Posted by Suzanne Bubnash at 6:00 AM