The Most Bizarre Kidnapping and the Dumbest Bank Robbery Ever 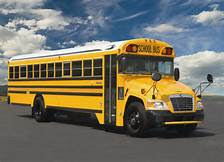 I'll describe two different incidences here, and their common thread is the bizarre thinking process of the perpetrators in an effort to get free money, and their blindness as to the consequences.  The first:


In the summer of 1976 a school bus full of  children in rural Chowchilla California disappeared.  The bus was transporting the children home from summer school, but the children never arrived at their destinations.  A huge outpouring of police and civilians searched every road, field, farm, and building in the area and came up empty.  It was as if a magician had waved his wand and poof, 26 children and a bus driver vanished.

Several days later a guard stationed in a rock quarry in Livermore California saw some children walking toward him and knew right away they were the missing children from Chowchilla.  His words to them: "This world's been looking for you."  Three kidnappers were arrested, tried and convicted.

What happened to these children was dreadful, and the plan so bizarre, it resembled low-brow fiction.  The bus had been commandeered by three masked men and driven to a hidden location.  The children were loaded into two vans and driven around for 11 hours.  They could see nothing and were not told any information by the perps.

They ended up at the Livermore quarry where the children were forced to climb down into a moving van buried underground.  Once they were secured inside the perps told the children to shut up and be quiet, and then they buried the van under several feet of dirt.  No one would ever spot the van the way it was concealed.

The purpose of the kidnapping was ransom yet ransom demands were not received by the police.  The bus driver and children were able to dig their way out.  I've wondered how these guys could think they planned the perfect crime when it turned out that the quarry was owned by the family of one of the perps and the moving van was registered in his name. 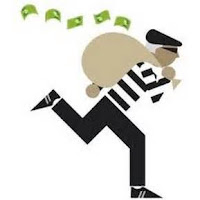 This one involves a former neighbor of mine, D.  He was an oddball kind of guy who seemed uninterested in getting to know me or anyone else.  One day the news went around that he was arrested for a local robbery.  He was a heroin addict and I guess the only way he thought he could support his habit was to hit the bank.

A few weeks earlier D's teenage son and friend were watching a movie featuring a bank robbery.  D commented that they could do their own robbery, and he made the plans, drawing in the two boys.  Stupidly, D chose a bank a few blocks from home, yeah, in a high traffic area with lots of stoplights.  Not the best scenario for a quick anonymous get-away.

They were caught a couple of blocks away within a few minutes of the robbery.  D is now in prison for 22 years.  Unfortunately the teenagers also received sentences.  D's son drove the getaway car and received five years.  The other boy, who went into the bank with D (both were masked and armed) received ten years.   At his sentencing D blamed the teens--he said it was their idea and he just went along with it.  The judge laid into him for daring to blame children for his crime.

D will have plenty of time to think about his dopey ideas and how he messed up the lives of two teenagers.  Nothing about his life says 'smart.'  Maybe he's not even smart enough to recognize how dumb he is.