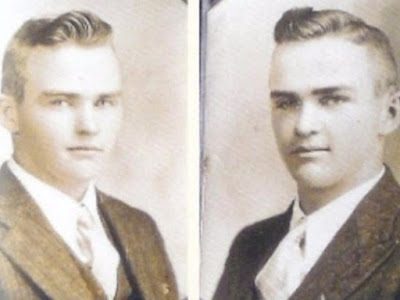 The world's oldest set of twins was born 103 years ago. Cleo, on the left, died this past week. The brothers were close. They held their wedding ceremonies together in 1937. Neither ever drank or smoked. They both ran on their high school track team. They both farmed and worked in creameries. Each kept their driver's license until in their 90s. They have a 96-year-old sister. Now the Cleo is gone, Clifford will miss their occasional visits. They were in facilities a hundred miles apart.

I'm sharing this today because I thought it a poignant story. If you live 103 years close to a person who looks like and is just like you, how hard that would be when the other is gone. At age 103 Clifford won't be without Cleo for long. 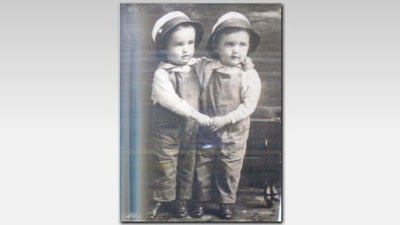 as toddlers
Posted by Suzanne Bubnash at 6:00 AM