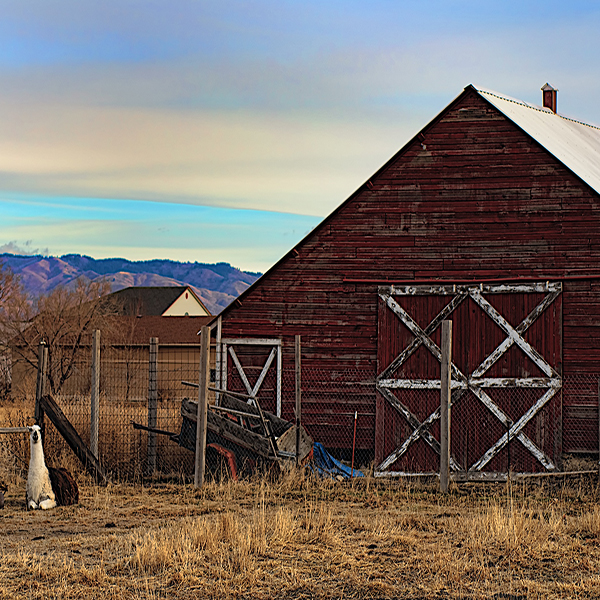 Daniel and I took a trip to Idaho last week. We were heading for my daughter's house but stopped to visit some old friends on the way there. My friend's son, Chris, was a friend of Daniel's from 3rd grade through the end of high school. He is a kind, thoughtful person, and always looked out for Daniel. When Daniel helped manage the high school basketball team, a team on which Chris was a star player, Chris made sure Daniel was an involved part of the group.

Some years ago Chris's family moved to Idaho so Daniel didn't see him anymore. Last week my friend decided to surprise Daniel by taking us out to the farm where Chris works. He leases land on the farm where he grows vegetables for local restaurants, and to sell in the farmers markets. I've seen the bounty he grows and know he has a special gift.

Daniel was all smiles when he saw Chris. We toured his fields in the cold and wind, and as we walked, he pulled up various crops for us to take with us. We ended up with a box of carrots--purple, white, yellow, orange--white eggplant, onions, leeks, and potatoes. 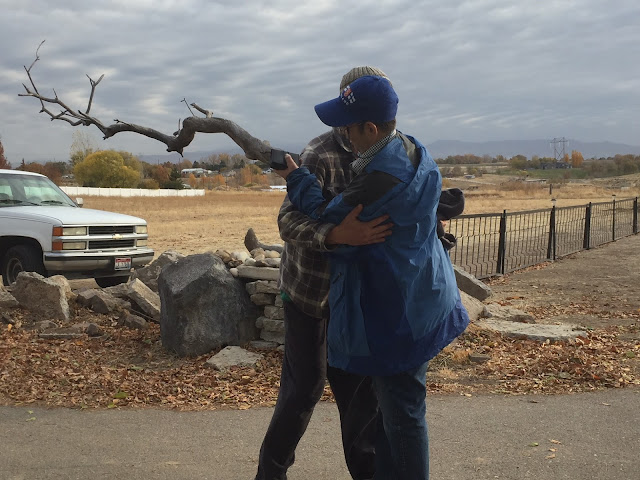 Daniel & Chris meeting up for the first time in many years

Before leaving we all went into the produce shed to gather more vegetables. Suddenly Daniel crashed to the floor like a felled tree. Seizures tend to do that . Thankfully his head landed on a cardboard box rather than the concrete floor. Chris helped me move Daniel into a safer position. And then. And then he removed his knit cap and placed it under Daniel's head to cushion him against the hard floor. A simple tender gesture, but it said so much, and meant everything.

The experience reminds me that our Savior "cushions" our burdens. He gives us strength to work through life's travails. He sends that little bit of light to guide us through the dark tunnel, He inspires people to shepherd us though the muck of our trials. Our hardships don't disappear, but His grace cushions the pain, and sees us through them.