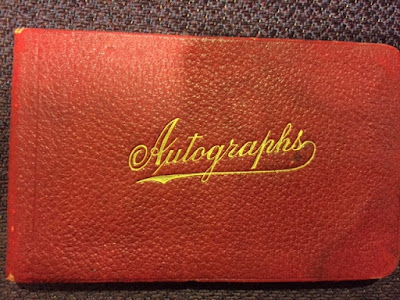 In our family we haven't inherited items that are worth money, like fine furniture, jewelry and the like. Our parents, grandparents and those on back never owned fine things. I am pleased to have inherited my Gram's autograph book from 1911 when she graduated from elementary--middle school. She was 13 years old and her name was Alice Estelle Toomey. She hated the Estelle part because her brothers would chant, "Alice Estelle, she went to hell." Can't blame her!

Her school was P.S. 102 in Brooklyn, New York. The P.S. stands for Public School. I guess NYC was huge enough even a hundred years ago that it was just easier to stick numbers on their multitude of schools, rather than try to think of worthy people to name them after.

It's fun to have a sample of Gram's handwriting from early in her life: 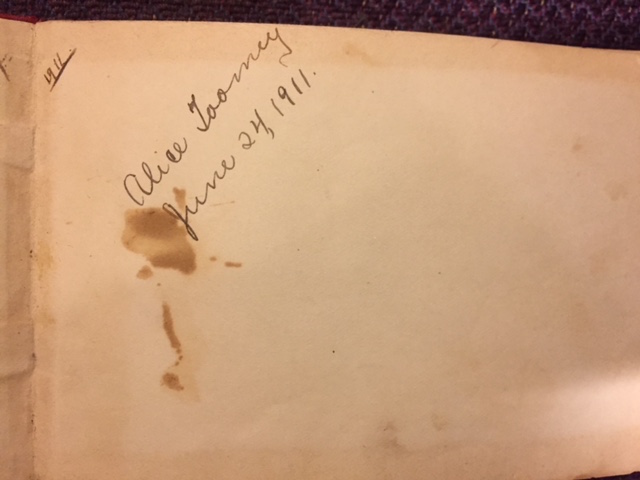 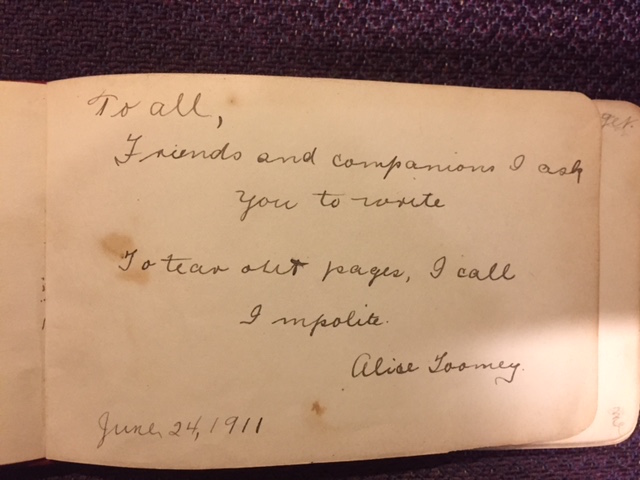 Her book was signed by school-chums and family alike. This is her sister Marian's page, one of three or four by Marian in the book. The irony of this verse below is that Marian herself was a Toomey forever. 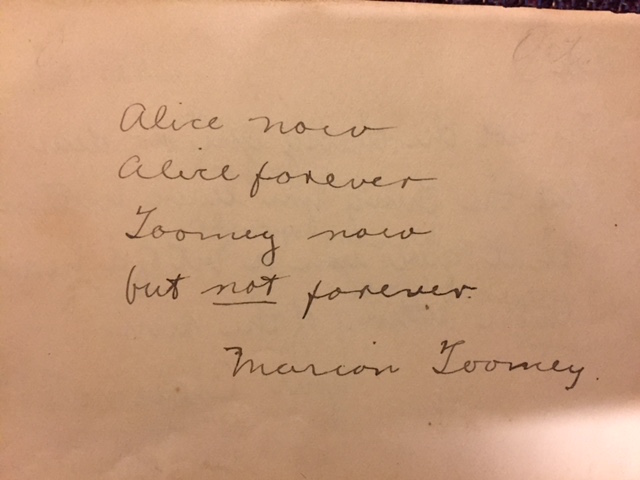 I assume this tribute to P.S. 102 was written out by Gram. It has the ring of an "alma mater." 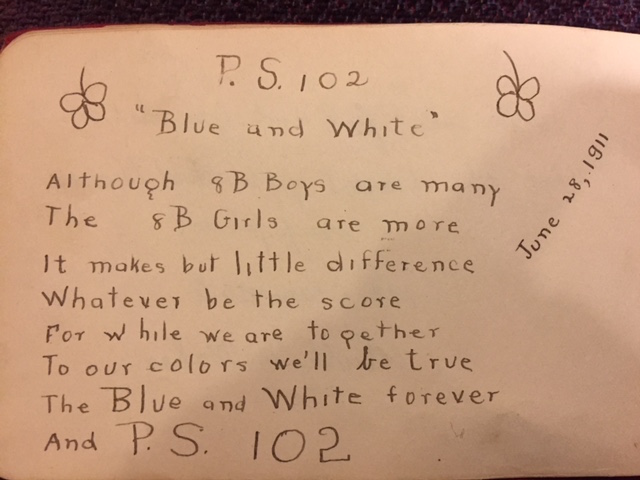 Gram's Uncle Bill Toomey put in his two cents. He was the youngest of her uncles, in his early 30s at this writing. He never did marry and died at age 48 of cirrhosis of the liver, presumably due to alcoholism. Some of the Toomeys were great drinkers. 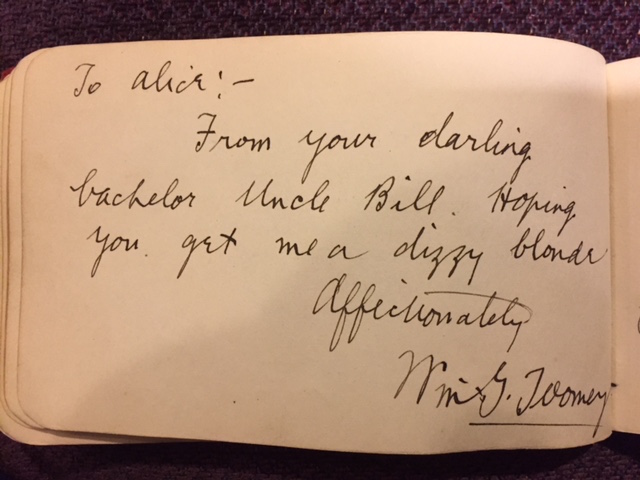 A few pages have clever sketches to go along with an amusing verse: 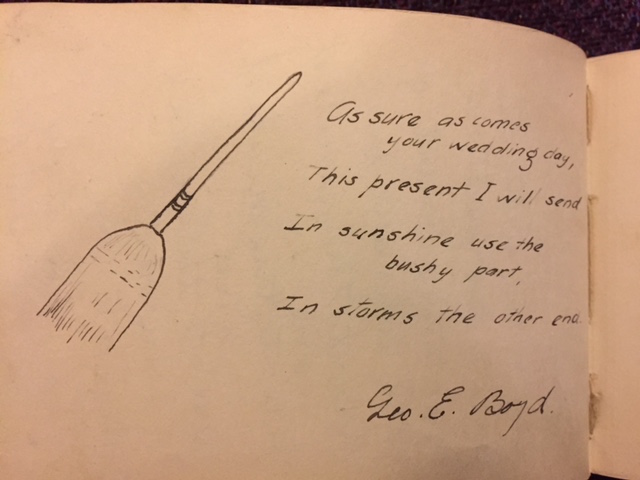 Gram went on to Erasmus Hall High School for four years. She once told me that the school was overcrowded and some of the students were sent to what she called "Fort Hamilton Annex." Fort Hamilton was an Army garrison, near where the Verrazano Narrows Bridge is now. I think the move to the fort was only temporary. It's fun to enjoy a walk down the memory lane of my dear Gram's life. 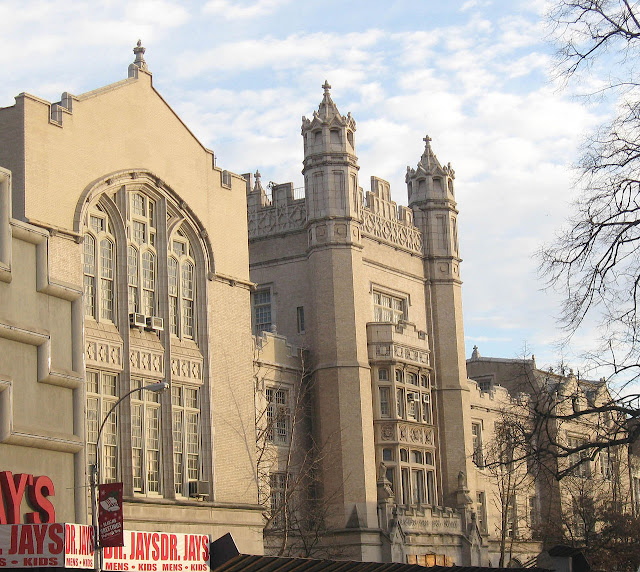 Erasmus Hall High School
Posted by Suzanne Bubnash at 5:00 AM