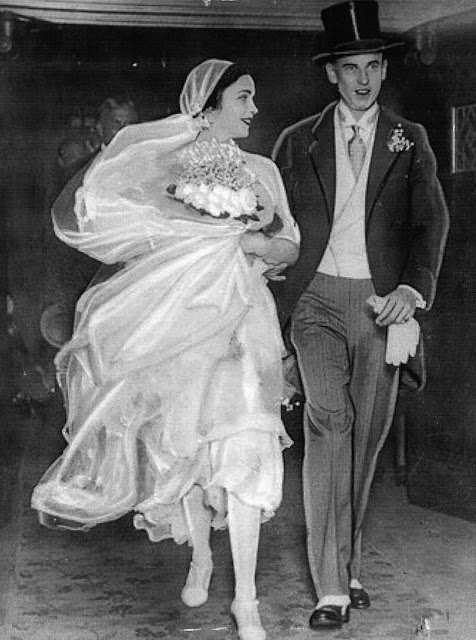 In mid-November I hosted a baby shower for my friend's daughter A, a girl I have known since she was four years old. This is her first baby, so pretty special. At her request, I wrote a presentation with an accompanying slide show (with help from her mom) about her family background. Sound kinda weird? She loved the one her mom and I created for the bridal shower of her sister-in-law, so.

I got to work on gathering info on A's parent's family lines, collecting photos of and listening to stories about them. Tons of research was already done so I familiarized myself with it, and decided which people to focus on. The theme ended up loosely being "I can do hard things."

On the maternal line are a large number of Mormon pioneers, possibly the world champions in doing hard things. 19th century Mormons were chased out of several states by murderous mobs, and finally emigrated out of the United States to the almost uninhabited Rocky Mountains in 1847. Less than a year later the Treaty of Guadalupe Hidalgo ended the Mexican War, and the Mormons found themselves right back in US territory.

Brigham Young, their decisive, domineering leader, executed a plan to colonize much of the western American continent. Mormon individuals and families were assigned to move to forested areas of the Pacific Northwest and Canada, to prime agricultural areas in Utah and Idaho, and to bleak and desolate spans of Nevada, Arizona, Mexico and California. The Haws family (below) moved to Arizona.

George Haws had over 20 children by three wives. The family's days were spent eking out survival by coaxing crops out of poor soil, digging irrigation ditches, milking, preserving food, protecting themselves from Apaches, saving their crops and adobes from driving rain and swollen rivers, and battling dirt, day in and day out. Just getting to Arizona was a feat in itself, traveling through narrow sandstone canyons and down steep banks to cross swift rivers.

One of A's Burrell ancestors who was sent to settle in Mexico was bayoneted by rebels during the Mexican Revolution. An English ancestor sneaked away from her abusive husband with their five children, and fled via ship to the US. Still another became a Mormon in the 1830s in eastern Canada, and began years of migration westward, marking her trail with the graves of family members.

Other of A's maternal ancestors lived and worked in mining towns in Colorado and Arizona. One of the daughters who was born in the early 1900s in Colorado, was given a doll, possibly her only toy in that bleak, harsh settlement. The family still has the doll, and so this presentation was given as if spoken by that doll. That was a creative way to present the info and to easily throw in amusing comments and observations.

On A's paternal line, some of the ancestors were patrician types born into bounteous luxury. That's not their fault, haha, but it makes them a little less interesting than those who lived a hard-scrabble life. But I did find myself loving them in another way. Just because someone has an easy life doesn't mean they have an easy life, if that makes sense. They battled demons not of poverty or those that imperil survival, but demons of demands, the Depression, and depression. I truly feel sympathy for their brand of hard things.

It was a treat to find out more about my friend's background. We are in part, products of those gone before us.