My Crash Course in Another Culture's Clothing

In 2012 my friend C went with me to visit B's family in Sharjah UAE for a month. The Al Noor mosque, one of the larger mosques in the city, offered a Monday morning one-hour educational program about Islam. Al Noor hosts The Sharjah Centre for Cultural Communication, thus it sponsors this event for non-Muslims. We three decided to attend.

At the door of the mosque we removed our shoes and were given the black abaya and head-scarf to slip over our clothing. We had a few minutes to explore the mosque until an outgoing, friendly, veiled woman invited us to be seated for the presentation. 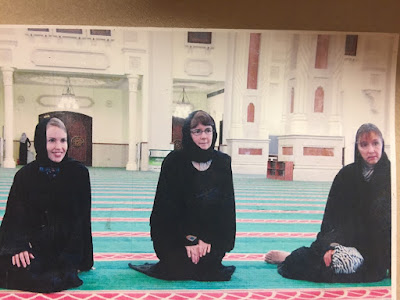 This teacher presented information to the group of curious non-Muslims and then took questions, and no question was unacceptable to her. She enlightened us all about Muslim beliefs, practices and traditions. And then, she invited up anyone interested in trying on clothing that Muslim men and women wear. I volunteered.

I was already wearing the abaya and she had me remove the head-scarf to put on a hijab, which covers the hair and neck area, and leaves only the face showing. Hijabs are very commonly worn by Muslim women, and I will say that wearing them enhances one's beauty. Bonus: there is no such thing as a bad hair day. I once got onto a bus in Jordan on a hot windy day looking like the wicked witch of the north. My windblown hair was a fright. The veiled women around me appeared dignified and serene. 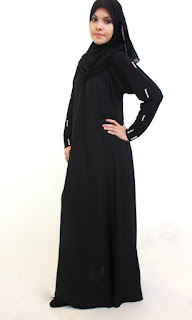 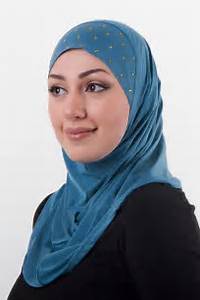 The teacher had me remove the hijab to put on a niqab, which covers the head and face. It is common in the stricter strains of Islam. If I was a person who had panic attacks, this could bring one on. It was stifling to have my face and particularly my nose, covered. Though the fabric is thin, I couldn't get enough air. I wondered about the women who wear them, if they ever had this problem.  Stricter Muslim women wear this too with their eyes also covered. I have had conversations a few times with women whose eyes I could not see, an odd experience. I hardly knew where to look, and it was impossible to tell if they were even looking at me. 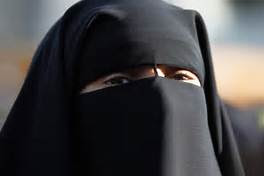 One day  in the fabric souk in Sharjah I saw an older woman wearing a leather thing over part of her face. I didn't want to stare but couldn't figure out what it was and what purpose it served. Well, at Al Noor Mosque I learned it's called a batoola [spelling varies] and is said to be traditional among Bedouin women who want to protect their face from the sun. The teacher put one on me. It was not comfortable. I don't care for wearing accessories, not even jewelry, or anything else that has to be fussed with. The batoola would be in my way and have to be constantly readjusted. But like many things, if they're part of your tradition, you probably don't even think about them. 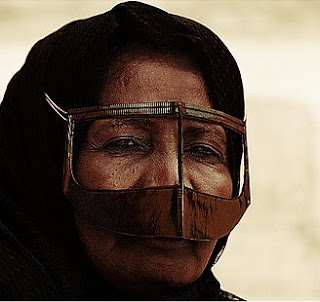 The abaya itself is comfortable, albeit hot during the summer. It fits loosely so presumably catches the occasional breeze. There is a rumor that some women wear nothing under their abaya in hot weather. I would not ask anyone about this and am pretty sure they wouldn't admit to it, even if true. Some younger Muslim women wear more stylish form-fitting abayas, and some even have bling added to them.

In Jordan and in UAE younger women go to great lengths to look appealing. Bodies are covered but gorgeous made-up faces are open for all to see. In the souk one can buy a clip-on fluffy thing to wear under the hijab to give the impression that you have an overly ample up-do hidden underneath. 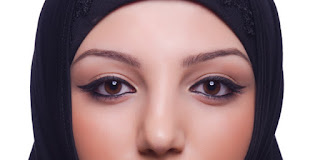