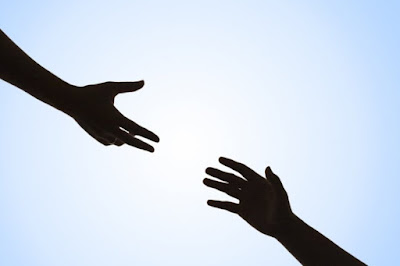 During the last hour of our church meetings (which last for three hours every Sunday😃), I used to teach the three-year-olds in Primary. Our classroom was next to the building's rear exit. Every week I waited with the classroom door wide open, waiting for parents to pick up their children from class. That also gave me a chance to say hello to the many ward members using that exit.

One day I saw a man named Charles, who was fairly new in our ward, making his way toward the building's exit. Even from a distance I could see Charles was weeping. Oh no, I thought. He received some very bad news during church.  Or more probable, the adult class must have had a spiritual, moving lesson that has left him in tears. But tears are one thing, full-out crying is another.

As he approached I asked him what was wrong and could I help him in some way. It took him part of a minute to compose himself, and then he related an experience. He had been sitting in Sunday School behind a young man and young woman he didn't know. Suddenly the young man had a problem--perhaps a seizure of some sort. The young woman responded by making room for him to lie down with his head on her lap, while he was still experiencing the episode. She calmly stroked his head as he went through the throes of the seizure, in a most loving, gentle, thoughtful way. In his life, Charles said, he had never witnessed such an act of love and kindness, and he was so touched that he could not restrain the river of tears.

I became teary myself, recognizing the players in this drama as my son and daughter. My son has seizures regularly. His seizures are not predictable and he receives no warning. They happen anywhere, anytime. Yet, almost all of the time he is in a safe place, and for that I'm deeply grateful. My daughter is a compassionate, caring person, perhaps because she grew up around a sibling who needed to be served constantly by those who love him.

Sometimes these thoughts are posed, "Why does God give humans insurmountable challenges?" or "Why doesn't he heal the sick and afflicted if he has the power?" Or, "If God loved us he wouldn't subject us to the difficulties of life."  I know absolutely that if life was easy, if we were never called upon to give, to stretch, to minister, there wouldn't be love, or growth, or purpose in life. The countless folks who have enhanced our son's life have in turn, been themselves blessed. You can't minister to another without coming to feel our Savior's love, to know Him, to want to serve as He served. 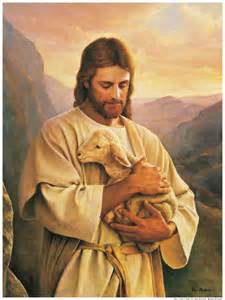 Listen to this hymn here