I have the blessing to be the aunt of a very nice, and now sensible young man, who I'll call PD here. From a very young age he has been a busy, active boy, a classic case of an ADHD child. He is known in the family for the crazy ridiculous things he did as a child. Actions such as jumping on the back of a moving pickup patrolling the zoo when he was about 3, come to mind. When a mud puddle was handy, he knew just what to do: plaster himself from head to toe and brightly declare, "I'm a mud-dauber!" One day I was talking on the phone to his mom when she suddenly announced she had to hang-up as "PD is ironing the carpet." He was maybe 18 months at the time.  The iron shape on the floor remained until re-carpet time.

When PD's family moved to an obscure small town in Pennsylvania, my sister Alice commented, "That boy is going to put Perryopolis on the map." And that's just what happened several years later.

One day Alice picked up her newspaper--we're talking the bulky big-city tome known as the Los Angeles Times here.  She gasped on seeing a small article announcing a possible terrorist incident in Perryopolis, Pennsylvania. She skimmed through it, gasped again, and immediately got on the phone to me, announcing "he's done it!". Yes, PD had put this "has-been" coal-town on the map.

The previous afternoon PD and a friend had stopped at the town drugstore for candy on their way home from school. Both were carrying their science experiments home, which resembled fishing poles with various wires snaking out of them. Fifteen minutes later when the boys left for home, pockets bulging with candy, they neglected to grab their science experiments and left them leaning against a wall in the greeting-card section of the store.


A few hours later PD was at home watching TV. A news flash reported that a suspected bomb had been planted in the local drugstore in the tiny town of Perryopolis. The area around the store had been evacuated, the bomb squad was deployed, and a special robotic bomb-disarmer had blown up the suspected bombs. PD was half paying attention when suddenly he yelled out loud, "O my gosh, O my gosh!" He ran for the phone to call his friend, then spilled the beans to his parents. bomb squad
He and his friend confessed that the "bombs" were their science experiments, no malice intended. It was certainly the most lively, interesting day Perryopolis had seen, probably since Colonel George Washington himself strode over the woodsy acreage while scouting out a site for his grist mill . . . 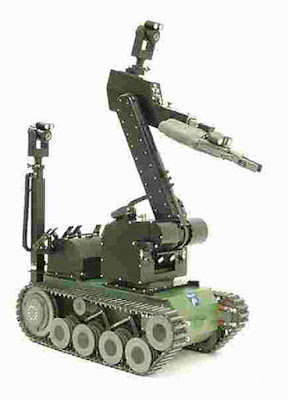